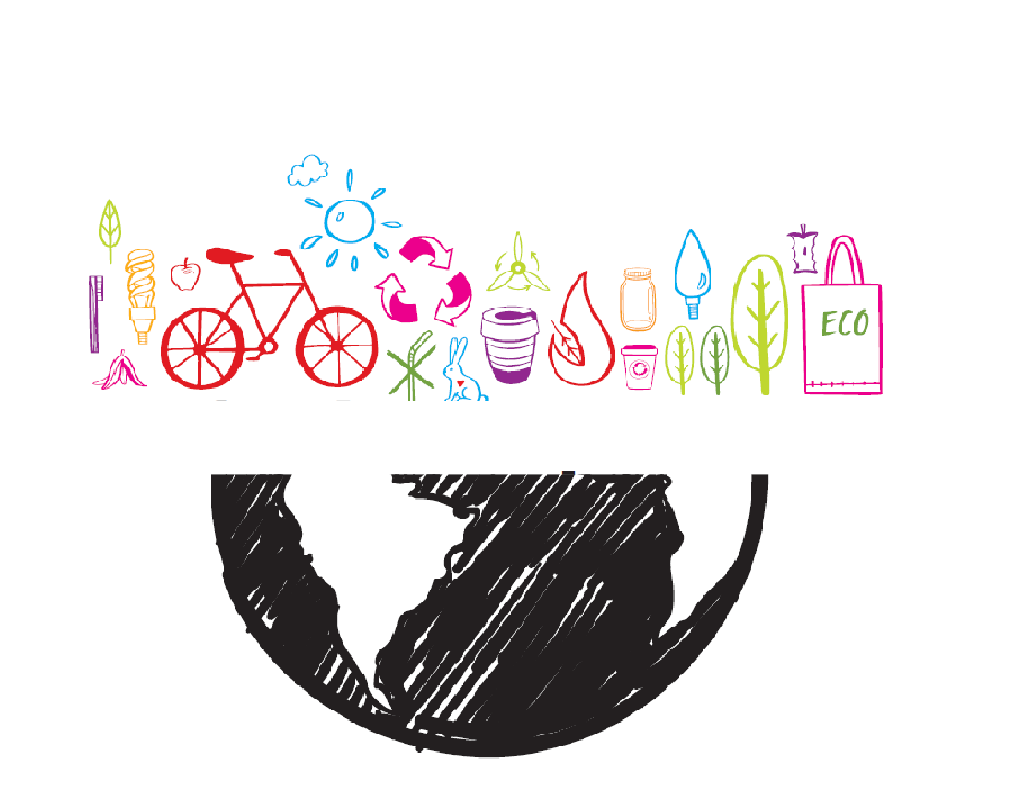 Environmental sustainability in Singapore is increasingly contradictory. Although globally known for its clean streets and greenery, it has become commonplace to see the streets being cleaned and trees pruned – often times not by Singaporeans themselves. Additionally, despite the immense societal concern on the effects of climate change, most people believe that government action is more important than individual climate action[1]. It is clear that, while Singapore prides itself with top-down environmental systems and technical capacities, its ability to influence societal behaviours and actions is still less than desired.

This is particularly evident in the country’s waste management efforts, in which the 3Rs (Reduce, Reuse, Recycle) and waste-to-energy incineration plants are central pillars of solid waste management in Singapore. Indeed, the latter offers optimal technical solutions given Singapore’s limited land size, so much so that the near-odourless Semakau landfill has garnered international visibility for not embodying a typical landfill.

Yet, surveys in recent years indicate the limited success of the 3Rs campaign. In 2015, the national recycling rate in 2015 was 61% but this was largely due to the high recycling rate in industrial sectors. Domestic household recycling, however, was at a low 19%, despite more than 15 years of the National Recycling Programme. This rate is well below other developed economies like the United Kingdom and Taiwan, where the household recycling rates in 2013 were 44.2% and 42%, respectively. What’s more, many Singaporeans are not aware of the specific conditions and types of wastes that are recyclable[2]. Consequently, 30% to 50% of items found in recycle bins cannot be recycled, or worse, contaminate items that are recyclable.

While the limited success in recycling is concerning, there is the elephant in the room that fails to be recognised – our consumption behaviours are embedded in a culture of convenience. Convenience that has not only been market-driven, but at times even state-driven. Policies geared at ensuring proper sanitation such as rubbish chutes installed in HDB flats and more recently health regulations on catered food, have inadvertently encouraged a throw-away culture. For businesses, single-use plastics and styrofoam remain a norm in Singapore’s takeaway food culture.

Recycling merely tackles the symptoms of this consumerist culture of convenience rather than its root causes. Contemporary environmentalists note that simply promoting 3Rs is outdated. Two lesser known, but arguably more significant,Rs are “Refuse” and “Rot” – each of which respectively come before and after the conventional 3Rs. Refuse, as it suggests, is to refuse consuming a certain item or resource, and making do with what we need rather than what we want. Rot refers to the act of composting. By composting food scraps into organic fertiliser for plants, it facilitates a closed loop in which biodegradable waste is not wasted.

Refuse and Rot, have not had sufficient limelight, and have yet to reach their optimal levels in Singapore. Consumerist trends of buying more than we need or keeping up with the Joneses still dictate much of our buying behaviour. With our small apartment sizes, composting is perceived to be unrealistic. However, technology has made this easier with food digesters by speeding up the composting process and limiting the presence of odours and flies. Although currently used in businesses such as hotels (with cost-savings being an important driver) and some government initiatives (such as Our Tampines Hub), compact household size composters are also available online – and at a cost.

Yet, both these Rs are particularly important in relation to two major sources of waste in Singapore – single- use plastic and food waste. According to Singapore’s National Environment Agency (NEA), the total food waste generated in 2017 was 809,800 tonnes – an increase of over 24,000 tonnes since 2015[3]. Food waste is generated not only within the home, but at eateries as well.

Statistics reveal that 85% of Singapore residents eat out at least once a week, with roughly one in 10 of them eating out every day – most frequently at hawker centres, coffee shops and food courts[4].

The use of plastic (including microplastics) has become so pervasive in our lives that it is already in the food we eat and the water we drink. In the World Wildlife Fund (WWF)’s recent report, the extent of micro-plastics in our water sources or ingested by fish is so acute that humans are consuming up to 6 grams of plastic week – the equivalent amount of plastic in a credit card[5]. There is a harrowing irony in the thought of consuming a credit card every week, in that our consumerist habits have come full circle. In a bid to feed our desires for convenience, greed and opulence, we are now literally consuming it.

OUR GREEN DEEN
Taking a step back and reflecting on traditional norms and practices, one would find substantial resources from within Islam that reflect notions of “Refuse” and “Rot”. In recent years, there have been more visible efforts to promote environmental awareness from Islamic perspectives. From Quranic verses that. regard waste and excess as haram (forbidden), to Hadith on actions such as planting trees and proper waste disposal are seen in Islam as forms of charity, it is clear that Islam provides guidelines on how Muslims should consume sustainably and live in balance with nature.

That said, the extent to which Muslims have internalised these principles as part of their daily life has not reached a critical mass. Despite several references to the prohibition of waste in the Quran[6], it is ironic that the amount of waste in the Muslim world is higher during Ramadan, than other times of the year. Moreover, despite Islamic principles on stewardship and consciousness of the earth’s balance (mizan)[7], few realise how their developed world consumption patterns adversely impact the world’s finite resources. For instance, not only does the production of red meat emit a higher amount of carbon emissions than that of poultry and vegetables, but the amount of water needed to produce cattle is also higher. This is particularly acute given that some of the poorest and most water-stressed regions are also dependent on livestock and agriculture. What is perhaps more sobering is that, in a bid to meet the religious obligations of pilgrims in Mecca, part of the livestock imported for Eid Al Adha are from water-stressed and impoverished countries such as Somali-land and Somalia[8].

Moving forward, as Muslims in Singapore, it is important for us to think about how we are alleviating or contributing to these problems. How can we not only build on existing environmental strategies, but more importantly, facilitate market practices that are environmentally conscious and sustainable. This is particularly crucial given the growth of the halal industry, and SMEs and home-based businesses within the Muslim community. Take a stroll down Geylang’s Ramadan bazaar or a Halal Expo, and it is clear that environmental sustainability is not a major consideration for many Muslim- owned businesses.

The point here is not to discourage patronage of Muslim-owned businesses, but rather put forth certain questions: Are Muslim consumers making better (ethical and environmentally sustainable) choices? Are Muslim business owners willing to provide these better choices to their clientele? Are the businesses that we are generating in the Muslim community meeting social and environmental needs, or simply feeding vanity and greed? And how can we cultivate a circular economy and business ecosystem that promotes environmental behaviours and services to all levels of the Muslim community?

These are difficult questions, and implementing such practices may be harder. Yet, these are highly crucial in a time which cannot afford further environmental apathy and inaction. Environmental challenges have socio-political and economic consequences. The faster we get up to speed with incorporating environmental sustainability measures into our businesses and daily lives, the better we are in ridding the stigma of playing “catch up”. ⬛

[1] According to Singapore’s National Climate Change Secretariat (NCCS)’s Survey in 2016, 60% of respondents felt that climate change is a pressing problem for Singapore, and almost 90% were concerned about the effects of climate change on future generations. That said, most respondents also felt strongly that climate action should be driven by the government, and over a third of respondents believed that their individual actions would not make a difference to climate change. See https://www.nccs.gov.sg/media/news/articles/detail/the-straits-times-most-singaporeans-worry-about-impact-of-climate-change-but-few-think-their-actions-matter
[2] 60% of Singaporean households recycle regularly, but many not doing it right: Surveys, Channel Newsasia, 29 April 2019, https://www.channelnewsasia.com/news/singapore/singapore-households-recycle-blue-bins-nea-mewr-11487316;7 in 10 people in Singapore do not know what plastics to recycle: Sec Report, Channel Newsasia, 30 Aug 2018 https://www.channelnewsasia.com/news/singapore/plastics-recycle-waste-singapore-environment-council-10666450
[3] Food Waste Management, National Environment Agency, https://www.nea.gov.sg/our-services/waste-management/3r-programmes-and-resources/food-waste-management
[4] Ibid.
[5] You could be swallowing a credit card’s weight in plastic every week, CNN, 12 June 2019
https://edition.cnn.com/2019/06/11/health/microplastics-ingestion-wwf-study-scn-intl/index.html
[6] “Eat and drink: but waste not by excess, for Allah loveth not the wasters.” (Surah Al A’raf 7: 21, 7:31. Also Surah Al An’am 6:141)
[7] “It is he who has appointed you vicegerent on the earth…” (Surah Al An’am 6: 165); “The servants of the Lord of Mercy are those who walk gently upon the earth…” (Surah Al Furqan 25:63)
[8] Somalia Livestock Exports, Food and Agricultural Organization, 2015, https://www.fao.org/resources/infographics/infographics-details/en/c/284952/

Sofiah Jamil is Co-Founder of Hornbills: Concept and Communications, and Adjunct Research Associate at the RSIS Centre for Non-Traditional Security Studies, Nanyang Technological University in Singapore. She is finalising her PhD  at the Australian National University on Islamic environmentalism. Sofiah is also a former member of Young AMP’s Board of Management.