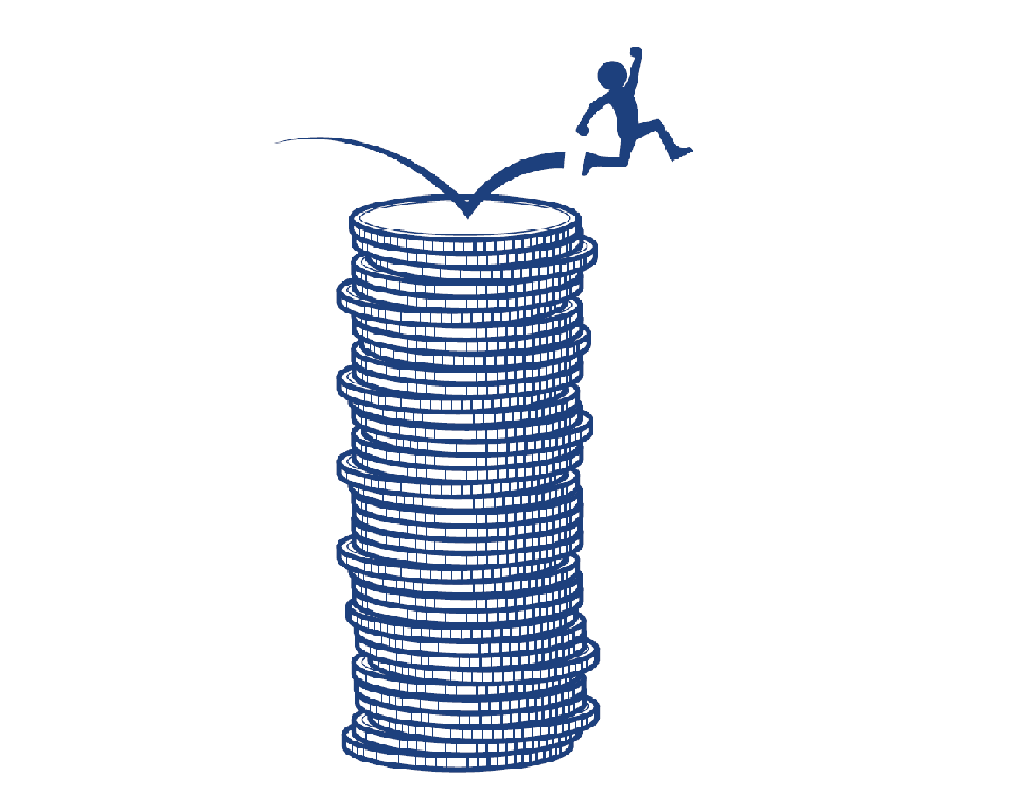 The difficulty in coming up with a budget wish list when one is in the social service sector is that it would almost certainly entail proposals that would add to government expenditure. It would be ingenious to achieve the goal of uplifting the quality of life of the disadvantaged and the vulnerable through saving.

Making a wish list, however, will still have to be done with circumspection considering that current and emerging contexts are anything but reassuring. In 2019, for instance, the resident unemployment rate in September was 3.2% as released by the Ministry of Manpower (MOM) in its Labour Force Survey, the highest for a third quarter over the last decade.

The situation is unlikely to improve drastically in 2020 with economists forecasting only a modest economic recovery for Singapore (The Business Times, dated December 17, 2019). Such trends do not augur well for the job market and may put upward pressure on social spending, adding to the larger problem of addressing an ageing population.

Where social spending is concerned, in 2018, $36.4 billion or 46.1% of total government spending was spent on social development – which includes expenditures on education, health, youth and social and family development1. $37.7 billion was budgeted for 20192, taking it to more than twice of what it was a decade ago ($18.1 billion in 2009)3.

A budget wish list that adds to social expenditure may not see the light of day unless there are longer term benefits that make it a worthwhile investment. This budget wish list will aim to do so.

AN AGE OF DISRUPTION
Karthik Krishnan, Global Chief Executive Officer of Britannica Group noted that new technologies go from invention to universal use almost overnight. One only need to consider how the app-driven ride hailing service took the transport market by storm and caused not only disruption to existing operators but also posed political and social issues.

Leaders found themselves having to deal with the consequences of disruption caused by the very thing they have been advocating for: adoption of technology (or going digital).

With the advent of artificial intelligence, genetic engineering and robotics, as well as the pace of change that is unlikely to let up anytime soon, there are threats to job security for most sectors. However, there are also opportunities to be tapped on. Entrepreneurship is a viable way of capitalising on these emerging trends. It is thus time to revisit incentivising risk-taking and nurturing entrepreneurship.

During a 2017 dialogue held by the Economic Development Board (EDB) Society and The Straits Times, Prime Minister Lee Hsien Loong said that the whole idea of entrepreneurship is to dare take risks and that, if the risks are removed, then one is not an entrepreneur. He said this in response to a question on what more can be done to boost entrepreneurship among mid-career people wanting to strike out on their wn but face family and financial commitments. He acknowledged, however, that Singaporeans had become so “settled” in life that they were cautious about taking risks.

Singaporeans have been conditioned to take the conventional pathway. In his article for TODAY (dated August 22, 2019), Nanyang Technological University Associate Professor Zou Xi, even first-year students are certain about how their life will pan out – get the education credentials, secure a good job, accumulate Central Provident Fund savings, meet a potential life partner, join the queue to buy a Housing and Development Board flat, secure a housing loan, get married and move into the flat.

However, in the age of disruption, such certainty is a privilege only few may get to enjoy. Career-wise, most are likely to have a chequered one as they get subjected to short-term contracts or are displaced by redundancy and structural unemployment.

SAFETY NET FOR RISK-TAKING
Given the risk-averseness that comes with such deeply-ingrained longing for certainty, incentives remain a powerful tool to cultivate risk-taking behaviours. Merely encouraging people to chase their dreams will not bring about the much-needed change in mindset.

Hence, this article proposes that the Government bears part of the cost of risk-taking, at least in the interim until risk-averseness gets dislodged from Singapore’s cultural DNA. This could come in the form of helping those who have tried and failed through temporary assistance packages to tide them over until they regain a measure of financial stability.

This scheme should be calibrated according to one’s family and financial background so that a diverse lot of people would be encouraged to take risks – from the young who are single and have fewer liabilities, to mid-career professionals with family and financial commitments.

A safety net for risk-taking will help engender an entrepreneurial culture and, in the longer run, a boon for Singapore’s economy.

While there is the moral hazard problem – recklessness in risk-taking since the consequences will be borne by the Government – the proposed safety net offers only temporary help and would not do much to undermine the incentives for the beneficiary to work hard in achieving financial self-sufficiency.

SUBSIDISED RECREATION FOR THE LOW-INCOME
The poor has two issues when it comes to recreation – firstly, many cannot afford it; and, secondly, going for certain types of recreation such as a vacation when they are on assistance schemes, could be interpreted as lack of prudence in managing one’s limited finances.

Recreation, however, offers a number of benefits. Apart from improving physical health, it also helps to maintain mental wellness. Participating in recreational activities helps manage stress, and nurtures a sense of balance and self-esteem, which can directly reduce anxiety and depression. These are mental health issues often associated with poverty.

In the United States, according to the National Institute of Health, living in a poor or low-income household has been linked to poor health and increased risk for mental health problems in both children and adults that can persist across the life span.

For many low-income families, the most common form of recreation appears to be watching television as it is more affordable compared to an outing in an expensive city like Singapore, as Associate Professor Teo You Yenn’s book, This is What Inequality Looks Like, suggests (page 53).

Dr Chong Shang Chee, head and senior consultant at National University Hospital’s Child Development Unit, and special adviser to Circle of Care – which gathers the likes of educators, social workers and health professionals to support underprivileged children in partner schools – said that, in 2018, many of the children had excessive screen time by watching too much television and sleeping at “odd hours” before being sent to the childcare centres in the early mornings.

This article proposes subsidising at least two visits to places of interest such as Universal Studios, or a staycation at one of the holiday chalets or resorts in a year. Such low-cost recreation allows them to go beyond the confines of the playgrounds in neighbourhood areas and the television set at home to have a taste of Singapore’s development and the opportunity of interaction with people of different socioeconomic backgrounds. It would militate against the inadvertent ghettoisation of the low-income.

The quantum of the subsidy takes into account the household’s per capita income. While this may constitute another expense on the Government’s budget, the long-term benefits should be taken into consideration. Recreation may promote physical and mental health, and better self-esteem which will mitigate the inclination to turn towards other perceived means of relieving oneself of stress, anxiety or poor self-esteem which may often be less healthy, such as smoking or alcoholism. It may turn them into more productive workers and students who dare to aspire.

HELPING OWN ACCOUNT WORKERS TO UPGRADE SKILLS
According to MOM, 190,900 residents were involved in own account work4 or self-employment as their primary form of employment for the one-year period ending June 2017 (henceforth referred to as “2017”), up from 166,800 in 2016. They made up 85% of the total number of own account workers, which stood at 223,5005, and accounted for 8.4% of all employed residents. The overall increase of 23,400 between 2016 and 2017 is contributed entirely by primary own account workers.

For 43,000 of the 190,900 primary own account workers, it is not their preferred form of employment. According to MOM’s Own Account Workers 2017 report, they are likely those who are unable to find work as an employee.

The top occupations among primary own account workers in 2017 are taxi drivers (38,900) and working proprietors (19,100) of businesses in wholesale and retail trade, such as provision shops and blog shops; or service providers like renovating and printing services.

There were 12,100 private hire car drivers in 2017 who comprise those of a wider age range than taxi drivers, more than half of whom are likely aged 50 and over. Insurance sales agents or brokers and those in media-related occupations tended to be younger, with more than half likely below 40.

Their longer-term employability is a key concern. A 2018 Tripartite Workgroup (TWG) study on Self-Employed Persons (SEPs) found that some SEPs were concerned that certain own account work, such as private hire car driving did not build up their employability over time. Younger individuals with tertiary education may be attracted by the possibility of better pay in such SEP work in the immediate term, but find that their skills would be less relevant when they try to find a job later within their field of speciality.

For own account workers who find that there is insufficient support for training and that they could not claim for loss of income during the period of training, TWG’s advice is that they have access to course fee funding for courses offered by the Continuing Education and Training Centres appointed by SkillsFuture Singapore (SSG) and certifiable courses by SSG. Eligible trainees can also apply for training allowance under the Workfare Training Support (WTS) scheme.

The Centre for Research on Islamic and Malay Affairs (RIMA), in an ongoing study on the employability of food delivery riders, found during in-depth interviews with them that such course fee funding and training allowances are not sufficient motivation for them to take time away from earning an income to attend a course to acquire a skill or upgrade it. Many are also wary of making such sacrifices as there is no assurance that they will land a job after that.

When asked if they would consider attending a skills course if the opportunity cost of earning an income is addressed, most agreed they would.

This article thus proposes that in order to entice own account workers, whose employability are at risk, to go for skills acquisition or upgrading, they are compensated for the loss of income, pro-rated according to the hours spent attending a course and foregoing the amount they would have otherwise earned on average. At-risk own account workers are likely those lower down the skills hierarchy – for example, a food delivery rider as opposed to one in a media-related business. Thus, the compensation amount is unlikely to be too large.

A SOCIAL INVESTMENT
The above proposals are made with due consideration given to the difficulty in increasing expenditure on social development, and the many challenges that Singapore is facing – from an ageing population to social inclusion, with the attendant problems of inequality and identity, to the larger geopolitical economic landscape.

The proposal could be seen as an investment – an initial expense for each group for the longer-term returns of a more productive and resilient lot. ⬛

Abdul Shariff Aboo Kassim is a Researcher/ Projects Coordinator with the Centre for Research on Islamic and Malay Affairs (RIMA), the research subsidiary of AMP.