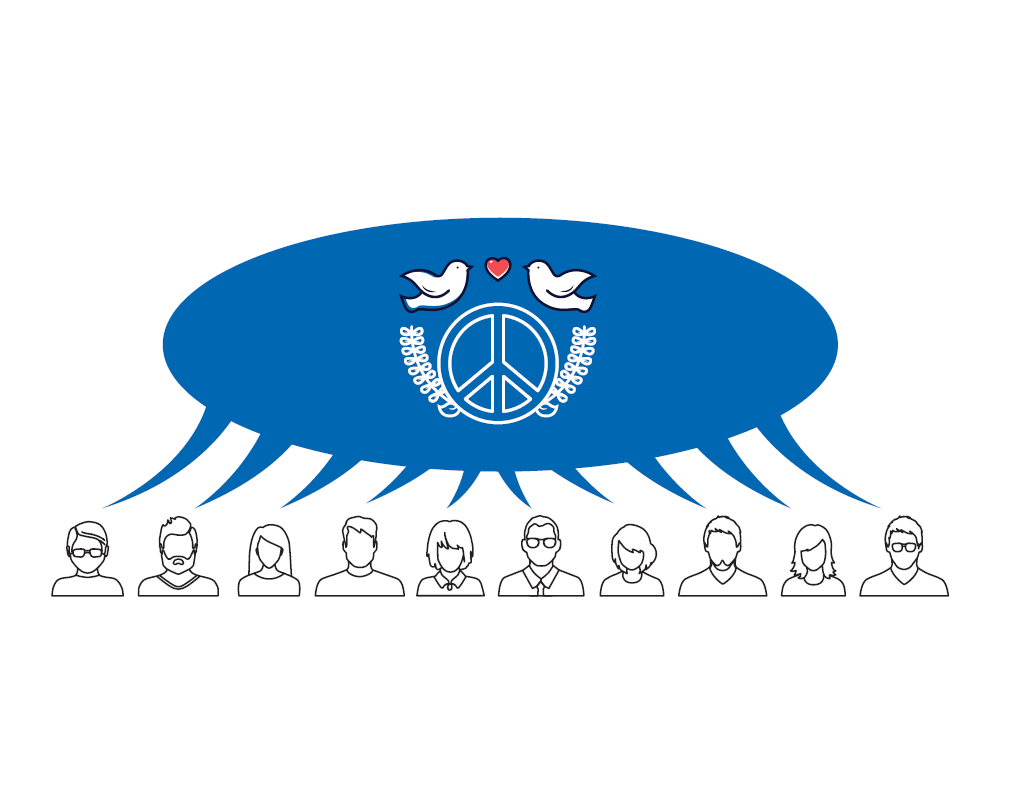 Interfaith relations are perhaps one of the most visible barometers one could use to assess a country’s state of social harmony.This is because of the difficulty entailed in administering a country where individuals who have different religious beliefs literally live side by side. With a population comprising 68.6% bumiputras, 23.4% Chinese and 8% of other ethnic groups, Malaysia is one such country[1]. Based on 2010 figures, Muslims make up 61.3% of the population, followed by Buddhists (19.8%), Christians (9.2%), Hindus (6.3%) and other minority religious groups. Freedom of religion is enshrined in the Malaysian Constitution, which provides that every person has the right to profess and to practise his or her religion. The Constitution also provides that Islam is the religion of the country but other religions may be practised in peace and harmony. While there has not been a major conflict between religious groups in Malaysia, forging interfaith harmony in Malaysia remains a work in progress. Relations between the different religious groups have been fraught with occasional tensions, prompting the Malaysian government to introduce three new acts – the Anti-Discrimination Act, National Harmony and Reconciliation Commission Act and the Religious and Racial Hatred Act[2].

In 2007, Malaysia’s Home Ministry prohibited the Herald, the Catholic Church’s weekly newsletter, from using the word ‘Allah’ in its Malay-language versions as it might ‘mislead’ Malay Muslims into Christianity. In 2009, in response to a lawsuit filed by the Herald against this ban, a High Court ruling argued that the newsletter had the constitutional right to refer to God as ‘Allah’, rendering the Home Ministry’s ban as illegal. However, in 2013, the Malaysian Government successfully appealed against the 2009 High Court ruling. The newsletter was thus effectively banned from using the term ‘Allah’, even though Christians in Malaysia and Indonesia had been using this term for decades. This state of affairs goes against the spirit of the Medina Charter, a document that was shortly drawn up after Prophet Muhammad’s (pbuh) arrival in Medina, in which he stated that members of all faiths, including the Jews and Christians, had equal rights and an equal say in governmental matters. Furthermore, the Charter obligates Muslims, when they are the majority, to ensure protection of religious minorities. Freedom was guaranteed for them to practise their own religion.

On the contrary, the status of Islam as the official religion of the country has been misconstrued by hardline conservative elements as a legitimate ground for curtailing the religious expressions of other faiths and even that of Muslim minorities. The pervasiveness of exclusivist orientations of Islam is manifest in Malaysian daily life. Some non-Muslims have been embroiled in inter-faith child custody disputes such as the custody case of Indira Gandhi and her child, Prasana Diksa[3], or caught by policies meant to protect the Muslim community such as halal certification and labelling like in the case of the ‘pretzel dog’ saga involving US pretzel chain, Auntie Anne[4]. Parti SeIslam Malaysia (PAS) President’s tabling of the private member’s bill known as Hadi’s Bill or RUU355, to impose stiffer penalties for syariah offences, led to concerns over the wider implications of such legal changes on the Federal Constitution, which is supposed to guarantee the freedom of minority religious groups to practise their faith. While supporters of the bill asserted that it will only affect Muslims, some non-Muslims saw this as an ‘ominous’ prospect of the Syariah law encroaching onto federal legislations in the longer run, which affects virtually all Malaysians. These incidents demonstrate Malaysia’s need for a more concerted approach to forge religious harmony.

In a meeting in July this year, Singapore’s Foreign Affairs Minister, Mr Vivian Balakrishnan and his counterpart, Saifuddin Abdullah, discussed, among other issues, “the importance of encouraging more interfaith dialogue”. The Malaysian foreign Minister said that his country could take a cue on maintaining religious harmony among its multiracial, multireligious citizens from Singapore. He praised Singapore for having done well in that aspect despite differences in the issues it faced[5].

Singapore’s ability to enjoy interfaith relations could be attributed to both ground-up initiatives and a sound national policy towards the importance of interfaith harmony. The government adopts a no-nonsense attitude towards individuals or sentiments deemed to threaten peaceful relations between different faiths. The government’s decision to ban Mufti Menk, a religious preacher from Zimbabwe from entering Singapore is a case in point. While there were debates over whether such a ban was necessary and even extreme, the point is that the government saw how statements such as “wishing non-Muslims during their festivities is wrong” did not bode well for interfaith harmony. The Harmony Centre of the Islamic Religious Council of Singapore (MUIS) adopts a softer approach towards interfaith relations by encouraging dialogue and organising events that bring people of different faiths together. This could be in the form of field trips to the Centre organised by schools or talks on contemporary issues in inter-religious relations. Outside the government, there are groups such as the Humanist Society and Roses of Peace that serve as noteworthy
ambassadors of inter-religious dialogue. My point is that there is a synchronisation of sorts in Singapore; there is a mutual understanding between the public and the government that interfaith harmony is crucial to the overall social harmony of a country.

On the other hand, Malaysia is perhaps best characterised by its lack of a national policy on inter-religious relations. The Malaysian government in the last few decades has generally adopted a “hands off” approach when it comes to interfaith relations. Former deputy vice chancellor of the University of Malaya, Professor Osman Bakar, explains that the Malaysian government fears that religion is a deeply sensitive matter and thus, encouraging dialogue “could easily run out of control”[6]. It is noteworthy that, barring the 1969 racial riots, “Malaysia has been spared both ethnic and religious strife and conflict in the last fifty years”, as Professor Bakar observes. Nevertheless, Malaysia’s “hands off” approach is counter-intuitive as it is precisely because religion is a sensitive matter that there needs to be a body overseeing discussions on such a matter. After all, this is why a government is voted by the electorate: to govern the well-being of its people in both the material and non-material aspects.

In terms of law enforcement, Malaysia has at least taken a step in the right direction. In July this year, Mujahid Yusof Rawa, the minister in the Prime Minister’s Department in charge of religious affairs, spoke of plans to introduce a law that curbs religious hatred or actions with a deliberate attempt to insult another’s religion. Credit must also be given to civil society groups in Malaysia for engendering an inter-religious attitude. Projek Dialog is a good example here. Run by individuals with experience in academia and the media industry, it provides a platform for Malaysians to discuss topics pertaining to interfaith topics and ideological differences.

However, in Malaysia, voices outside the government tend to be more enthusiastic than those within when articulating the importance of interfaith harmony. This is where Malaysia could perhaps draw inspiration from Singapore. Because thgovernment understands the importance of interfaith harmony, incidents that even hint at religious hatred are kept to the minimum, if any. The new government in Malaysia is only several months old; only time will tell whether interfaith harmony will remain a long-term agenda for Pakatan Harapan. One may argue that because Malaysia has a much larger population than Singapore, it is simplistic to say “if Singapore can do it, so can Malaysia”. What is more important is that Malaysia can draw inspiration from Singapore in terms of its principles regarding inter-religious relations.

Interfaith harmony should not simply be equated with being politically correct. Rather, its goal is to be correct politically, that is, to engage in dialogue that touches on sensitive issues without being insensitive. Focusing on the differences between religions is just as important as focusing on their similarities. To sound an alarm bell that Malaysia may be heading down the path of Trump’s America may be exaggerated, but one thing for sure is that politicians have the unenviable skill of blowing matters of faith out of proportion until they are capable of dividing a nation. A religion that has an official status in a country such as Malaysia need not preclude the just treatment of citizens who don’t subscribe to the religion. ⬛

Imad Alatas is currently an Executive at the Middle East Institute (MEI) in NUS where he co-manages MEI’s publications and social media. He enjoys writing on the topics of gender and religion in society. He plays football during his free time.