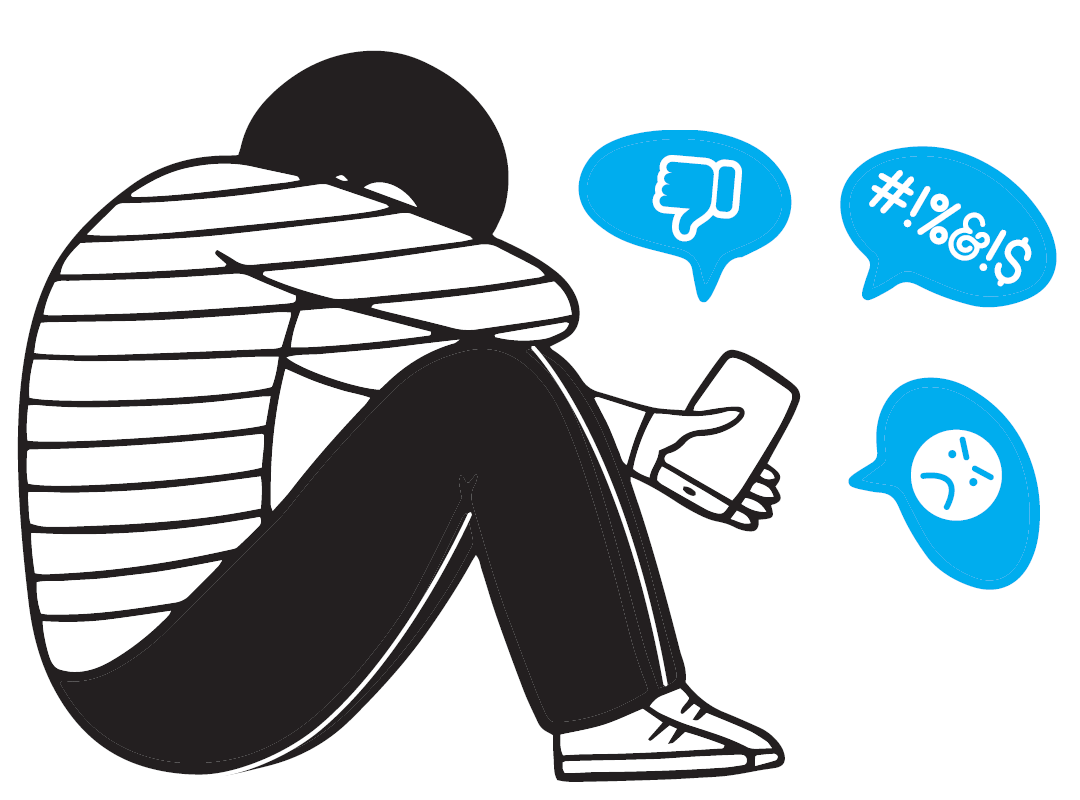 ‘Bullying’ is a commonly used term in our early school days. One can relate to it – either from personal experiences, or statements made by our peers or even school teachers.

Typically bullying is seen as a type of aggressive behaviour, which is repeatedly carried out against those who are unable to defend themselves, with the intention to cause harm1. Victims of bullying often suffer physical, mental and social implications. Recently, a 14-year-old student was reported to have committed self-harm after being repeatedly bullied by her peers in school, which then escalated to suicidal tendencies2.

This incident clearly shows how victims can be severely affected – causing a decline in academic progress, antisocial behaviour and degradation of mental health.

While the incidence of bullying largely occurs among youth or students, it is equally important to acknowledge that bullying happens among adults too. This form of bullying is not always at the forefront of conversations, more so when it comes to cyberbullying.

There is a dire need to consider the challenges that cyberbullying presents among adults, and the steps that one can consider taking when being bullied, as well as the support that others can render.

UNCOVERING CYBERBULYING
Modern communication technology – be it smartphones or social media platforms – allows users to interact with others virtually, with ease.

However, this ease comes with a cost.

Invasion of privacy, hate speech, and online shaming are some of the consequences arising from the liberation of communication.

What is so different about cyberbullying? The key elements of bullying remain the same: power imbalance between the bully and victim, high levels of aggression and repetitive victimisation. What differs is the platform, in this case, online, and the complexities that it provides its users.

Those complexities include anonymity, rapid dissemination of materials, highly accessible data and digital footprint, which arguably do not write off by itself. The limitless nature of the internet could leave its users vulnerable to possible repercussions in the future due to the data they had left online ranging from personal information, to search history, to simple comments.

What used to be physical confrontations now take place in cyberspace. They take form through the display of demeaning interactions through chats or comment sections, stealing and misusing of online identities, and imposing threats towards the victims or their families3.

As cyberspace is a limitless space, the consequences arising from cyberbullying are equally limitless.

ADULTS CAN BE VICTIMS TOO
While there are many campaigns against cyberbullying, most are targeted towards adolescents and students.

However, adults too fall victim to cyberbullying. In fact, there has been a high number of adults who were victims to the point of committing suicide. According to a study conducted by Pew Research Center in 2017, 41 percent of American adults surveyed personally experienced online abuse, 16 percent were witnesses to such actions, and 18 percent were victims to severe behaviours involving threats, stalking and sexual harassments4.

The same can be seen in the media industry.

In 2017, the Korean pop music (K-pop) industry was shaken by the news of a member of a K-pop group, Kim Jong Hyun, who committed suicide despite his success and achievements.

While no direct mention of cyberbullying was stated in his suicide note, it was pointed out by a mental health specialist that he had suffered from depression due to the stress faced from demeaning comments and online abuse5.

Two years later, two other K-pop figures committed suicide after suffering from depression6. These celebrities were known to have weaved messages of mental issues, freedom of choice and women’s rights into their songs or public statements.

Hence, cyberbullying happens among adults, even among high-achievers, and these unfortunate outcomes can be avoided through self-awareness and support from both the victims and the society.

AM I A VICTIM?
One of the contributing factors that lead to the prevalence of cyberbullying is the lack of voices addressing and reporting it. The first step is to recognise the act of bullying itself.

Whenever these three elements are involved: the intention of causing harm, repetition and power imbalance, let us not beat around the bush and call the act for what it is – bullying.

In 2019, a local actor and rapper, Tosh Zhang, stepped down as a Pink Dot ambassador7 three days after he was appointed. This was largely due to the reposting of his discriminatory tweets against the LGBTQ community from almost a decade ago8.

Even if the reposting of his tweets were made available on multiple sources, it was not meant to harm Zhang in any way. However, the consequences arising from the social media community definitely did.

In this context, the three conditions mentioned earlier are fulfilled.

Firstly, the demeaning comments directed towards him had definitely brought harm upon him – mentally and emotionally9.

Secondly, despite him publicly acknowledging and apologising over his old tweets, the hateful comments did not subside – which then caused him to take a break from social media10.

Lastly, it is important to recognise the difference in power balance between these two periods of time. The power Zhang’s tweets held over the LGBTQ community due to the challenges they faced in the past had shifted against himself. He was vulnerable and defenseless against the abuse and harassment directed to him online. In this case, he would be considered a victim of cyberbullying.

So, what can one do when one is victimised?

The first is to report. There are a lot of frameworks available to address the issue. One such framework is the Protection from Harassment Act (POHA). If one experiences bullying or cyberbullying at workplaces, they can refer to the Tripartite Alliance for Fair and Progressive Employment Practices (TAFEP).

It is important for us to learn and know our avenues to seek help if we are being victimised.

WHERE ARE WE IN THIS?
Countering cyberbullying is not a one-man show. It requires collective effort. Apart from the victim, the community needs to be equally aware of its prevalence, and the risks it imposes.

Providing support and being present with the victims greatly influence their mental and emotional state. Blaming them for being their own cause of victimisation should never be the case.

It was recorded in an IPSOS11 survey on ‘Gender Equality, Sexual Harassment and the #MeToo movement in Singapore’ conducted in Singapore that 45 percent of its respondents blamed women’s choice of attire or dressing as a contributing factor to being physically or verbally harassed12. This blaming culture by others, along with the victims’ fear and insecurity about its repercussions, show a lack of support from the society when they need it the most.

This form of self-silencing behaviour can be damaging. There might be other victims who are suffering under the radar. Other than being highly associated to physical and psychological health, social support also helps stimulate victims’ coping mechanism and increase their chances of recovery13.

Victims will be more confident in speaking up and asking their social circle for help if there is a healthy, supportive community.

NO ONE IS EXCUSED
No one is less victimised than the other. Victims of cyberbullying are all equally harmed by the constant aggressive behaviour projected against them while being powerless to defend themselves. Their age, gender, past mistakes or social position play no part in justifying it.

The same can be said for society, specifically, us. Upon witnessing and recognising cyberbullying, there is a need to be cognisant of our roles and how our reactions determine the outcome of the victims, who could be us in the future. ⬛

If you are currently a victim or know someone who is a victim of bullying, please approach these organisations for assistance:

Siti Raudhah Ramlan is an intern at the Centre for Research on Islamic and Malay Affairs (RIMA). She is currently a student under the Postgraduate Certificate in Islam in Contemporary Societies (PCICS) from the Islamic Religious Council of Singapore (MUIS). She holds a Bachelor of Islamic Revealed Knowledge and Heritage – majoring in Qur’an and Sunnah Studies, and minoring in Psychology from the International Islamic University Malaysia (IIUM).

One thought on “Adults: The Silent Victims of Cyberbullying”