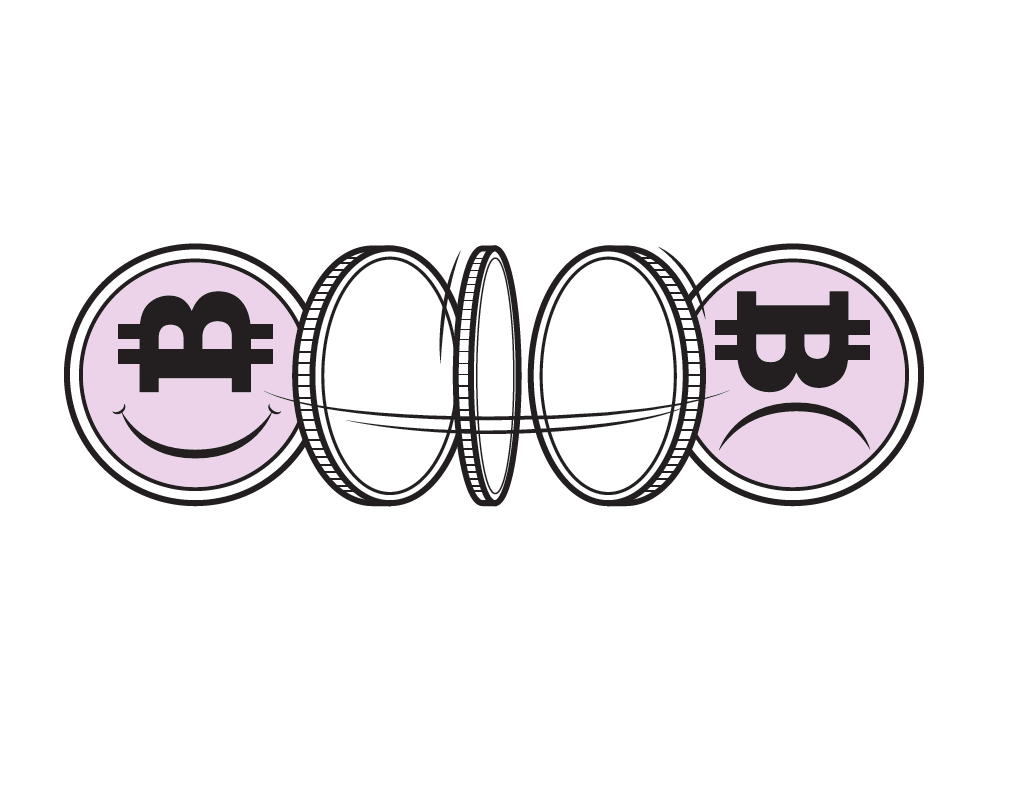 The cryptocurrency revolution is well and truly underway, and is showing no signs of slowing down. The cryptocurrency floodgates have been flung wide open and the bandwagon is taking on passengers aplenty. Popularised by a specific type of electronic cash called Bitcoin, cryptocurrency has enjoyed widespread interest for its rapidly growing influence, and the volatility surrounding its real worth.

Our guess is you might have heard the Bitcoin techno-jargons which are filling conversations from boardroom to dining room and on most days, occupying news columns both online and in print.

Once upon a time, Bitcoin was trading at USD 0.10 when it was first mined, but over the years, Bitcoin has been breaking one price point after another. Its value rose to USD 1 in 2011 and continued to increase to about USD 100 two years later. In January 2017, Bitcoin gained popularity for being the first digital cryptocurrency that cracked the USD 1000 threshold. In December of that same year, it made headlines again due to a breathtaking rise in value, topping at USD 19,000 before shedding about 50 percent of its value early this year. As of 14 December 2018, the price of Bitcoin stands at about USD 3,261.17.

Bitcoin is the progenitor of all the other thousands different cryptocurrencies in existence today including the famous alternatives such as Ethereum, Ripple and Litecoin to name just a few. While many people have heard of Bitcoin, far fewer understand it. People are rushing to the crypto markets even before they clearly understand the underlying principles of how these coins work. Most people are taking digital coins as a form of investment due to the increase in prices of various coins over the last few years. They are buying this virtual currency hoping it will appreciate in value.

However, the Bitcoin story has so much more to it than just headline-grabbing pricing swings. It incorporates technology, currency, mathematics, economics and social dynamics. It is multifaceted, highly technical and still very much evolving.

So, what exactly is a Bitcoin?

Bitcoin is a new form of money – a digital currency to be exact – that can be traded or used over the internet. More specifically, Bitcoin is a cryptocurrency, which means, it utilises a system that uses encryption to create a secure information-based economy. It is not a physical coin that you keep in your purse or wallet. Rather, it is a virtual currency – a digital computer code you store in a virtual wallet in cyberspace and access with a computer or smartphone app. Bitcoin is an algorithm-based mathematical construct – a unit of measurement invented to quantify value, and is produced by high-performance computers all around the world, using free software.

Unlike paper currencies which can be printed indefinitely, the Bitcoin is designed to be limited at 21 million coins, which is expected to be reached by the year 2140. A small number of new bitcoins trickle out every hour, and will continue to do so at a diminishing rate until the maximum number of coins has been reached. This makes bitcoin more attractive as an asset, because logically, if demand grows and the supply remains the same, the value will increase.

The years leading up to the emergence of the Bitcoin protocol had seen the world immersed in an economic downturn with the years of 2007/2008 being known as the global financial crisis. Bitcoin was created in 2009 by a developer using the alias Satoshi Nakamoto who saw certain problems with the mainstream financial infrastructure. One of the biggest mysteries in the technology world is the identity of Nakamoto, which is also a pseudonym that could represent a man, a woman, or even a group of people. To date, no one has been able to figure out who Nakamoto really is.

As with all currencies, Bitcoin functions as a means of exchange and a store of value. You can use them to purchase goods and services just like you would with your physical money. You can also accumulate bitcoins and keep them in a virtual wallet. The bitcoin in your virtual wallet remains there until you spend it just like how your money remains in your bank until you withdraw it.

The Bitcoin, however, differs from fiat currencies such as the dollars, euros and pounds in several important ways. When Nakamoto came up with the idea of the Bitcoin, one key factor was destined to play a major role: decentralisation. Bitcoin is purely a transparent peer-to-peer electronic cash system which is regulated by a distributed network of its users so it can’t be manipulated or controlled by any bank or government entity. Unlike fiat currencies which are backed by the country issuing them, bitcoin is not backed by any country. The concept of bitcoin aims to put the seller in charge and eliminate the middleman, thus allowing online payments to be sent directly from one party to another without going through a financial institution or a banking system. Skipping the third party would also mean lower transaction costs.

Bitcoin uses a technology called blockchain which allows for all finalised transactions to be available for everyone to verify and validate. Although the transaction details are publicly stored, the identities of users remain relatively anonymous. The blockchain is a permanent public record of all confirmed transactions that occur in the system and forms an integral part of the Bitcoin ecosystem. It is essentially a giant record book of all Bitcoin transactions.

Cryptocurrency has also emerged as a lucrative financial asset class that has captured the attention of investors around the world. The Karyawan team talked to a young investor in his mid-20s who wants to be known as Mr Aziz, who has invested in crypto assets and has been benefiting from riding this current trend.

“I have no background in finance technology (fintech) but I did a fair amount of research on it for quite some time and my interest grew. I read, watched online videos and attended talks on cryptocurrencies before delving into investing in crypto assets. I am now seeing the returns of my investment. I believe cryptocurrency will remain relevant for a long time. It is not just a temporary hype, it is here to stay,” Mr Aziz shared.

According to Mr Aziz, the Malay/Muslim community is still not familiar with the latest fintech trends.

“I’ve been meeting a lot of people and most of them have no idea what cryptocurrencies are. They prefer fast cash and not digital currency, but they have to face the future. If any of the currencies collapses, at least we have something to fall back on, in this case, crypto assets,” Mr Aziz explained.

BITCOIN: A RELIGIOUS EXPERT’S PERSPECTIVE
The rise of cryptocurrencies like Bitcoin and developments in blockchain have also touched the Islamic world. The Karyawan team managed to speak to Mr Muhammad Nuzaihan Hamdan who is currently an Associate Director with CIMB Bank Berhad, Singapore Branch and Head, Shariah for Singapore and Overseas Branches.

According to Mr Nuzaihan, “The general rule of thumb for Fiqh Mua’malat or Islamic rulings pertaining to transactions is that everything is permissible unless there is evidence stating that it is forbidden. Therefore, there are different opinions between contemporary scholars on Bitcoin, cryptocurrencies and blockchain. And these contemporary scholars have reasoning and evidence for their views.”

The Karyawan team asked if a Bitcoin may be classified as Shariah-compliant and he explained that it may, if its underlying concept is indeed Shariah-compliant. Mr Nuzaihan added that some contemporary scholars qualify Bitcoin as a medium of exchange like fiat money, gold and silver.

“As long as it is accepted by a local community as ‘money’, it is therefore considered as ‘money’,” Mr Nuzaihan explained. “We have read and seen in the media about individuals who are into Bitcoin and other cryptocurrencies, and it seems that the number is growing. We hope more effort will be undertaken to reach out to the Malay/Muslim communityso that they have a better understanding of Bitcoin and cryptocurrency,” Mr Nuzaihan said. However, he advises the Malay/Muslim community to do research on bitcoins and cryptocurrencies, and how they work before deciding to be involved as there are risks associated with them. “Locally, they may refer to a qualified asatizah under the Asatizah Recognition Scheme (ARS). They may also refer to fatwa and irsyad issued by neighbouring countries on this issue,” he explained.

According to a TODAY online article titled “Two sides to Bitcoin investment” published on 21 April 2018, views on investing in Bitcoin vary tremendously, With advocates saying the only long-term trend is up and opponents calling cryptocurrencies a “speculation” or worse. The Monetary Authority of Singapore (MAS) said that it advises the public to act with extreme caution and understand the the significant risks they take on if they choose to invest  cryptocurrencies.

Indeed, Bitcoin is a financial tool that carries risks just like any other payment method or currency does, except that the risks are slightly different from the traditional ones. With some of the interesting features of Bitcoin presented, the fact is, many are still unaware of digital currencies and Bitcoin. While there are merchants such as Amazon and Expedia that are accepting bitcoins, the list is relatively small compared to fiat currencies. Though some companies have taken the risk, some still doubt cryptocurrencies in general.

The digital currency has also experienced sharp price fluctuations, a situation that undermines its ability to function as a currency and as a method of exchange. In addition, because of the decentralisation of Bitcoin as well as the anonymity that it can provide, there’s a good chance that many may try to abuse the system for financial gain. Because of the way it’s set up, there’s no way to deny any person or corporation from participating in the Bitcoin network. And this may make it favourable for black markets to use Bitcoin for criminal or legally questionable activities. In fact, Bitcoin was once a wildly popular de facto medium of exchange on the illicit Silk Road platform that traded every manner of contraband and criminal services.

Bitcoin is still at its infancy stage with incomplete features that are in development. Through many of its unique properties, undoubtedly, Bitcoin allows exciting uses that could not be covered by any previous payment system. The Bitcoin market is packed with potential but the nuances of how it works coupled with the risks involved, can be difficult to grasp. So, while there is a potential to make money through bitcoins or other cryptocurrencies, it is also possible to lose plenty. ⬛

Nabilah Mohammad is a Research Analyst at the Centre for Research on Islamic and Malay Affairs (RIMA). She holds a Bachelor of Science in Psychology and a Specialist Diploma in Statistics and Data Mining.