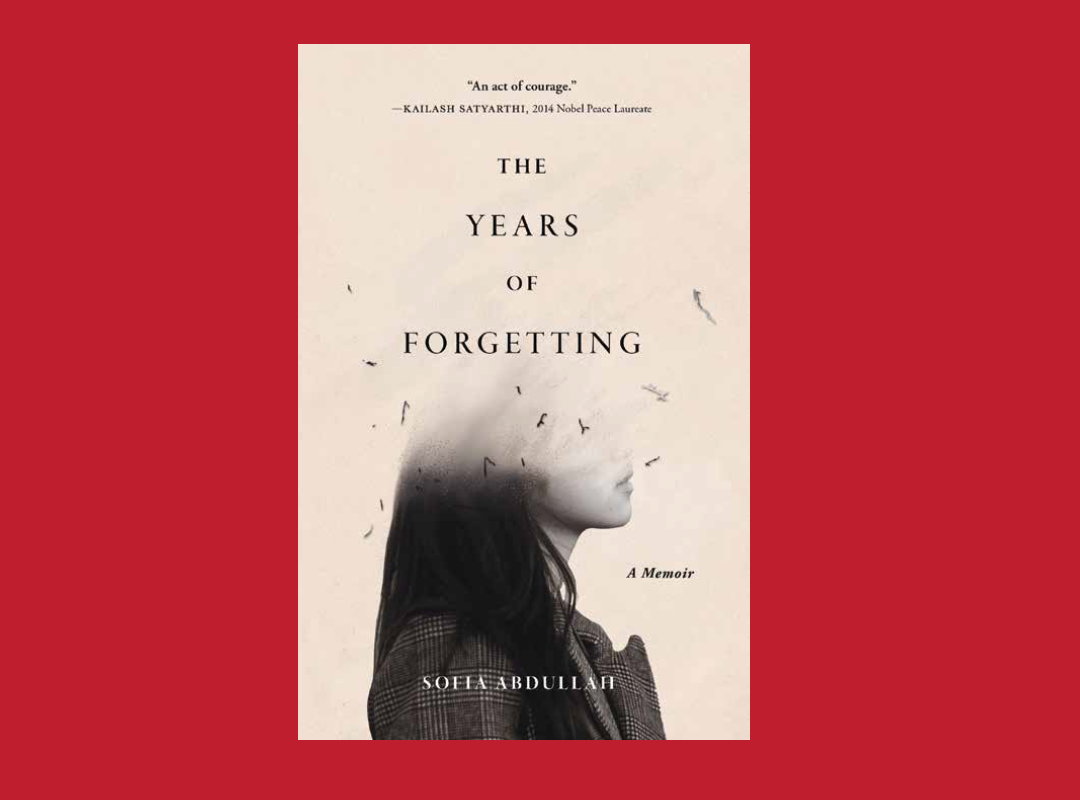 I have always been interested in the issue of gender inequality in the Malay/Muslim community but had not delved deeply into the issue of child abuse in the community. Reading Sofia Abdullah’s The Years of Forgetting is definitely a big step for me, as it is a way for me to learn, unlearn and relearn issues like child and sexual abuse in the community. Sofia’s memoir has enabled me to realise the trauma that the victims go through, and how they navigate their lives while trying to move on from the traumatic experiences.

Sofia separated her book into four different chapters: The Remembering, The Raging, The Healing and The Strengthening. In these sections, Sofia expressed her feelings from the stage when she opened up to her mother, while processing the trauma and sorrow and how she went through the healing stage and moved forward.

Speaking up about any form of abuse or assault has always been mortifying, making it a taboo topic to discuss with parents and teachers. This is not unusual as Sofia started her first chapter with how she opened up to her mother about the abuse. Sofia was less than ten years old when she was sexually abused, but she opened up many years later when she returned to Singapore after a two-year stint in Berlin.

For Sofia, she felt her experience was dismissed, and it took her another long while to recover from the trauma. Even though Sofia assured her mother that she was not raped, there was once when her legs were being spread apart on the perpetrator’s bed, but he stopped after Sofia’s countless begging. Not only did Sofia have a hard time deleting such episodes from her memories, but the trauma also caused her to have nightmares. She once dreamt that she saw “a man in black with wings and horns, looking like the devil himself”2 in the corridor of their apartment.

When I first read the first chapter of the first part of the book, I wondered who the perpetrator was. It must be someone who is closely related to both Sofia and her mother. Her consecutive chapters then slowly revealed the man in black whom she saw in her dreams. It was indeed someone in their family. Sofia was angry while growing up, as she felt that her mother witnessed two different incidents of her being abused sexually. But as a reader, when I first read it, it probably did not cross her mother’s mind that the perpetrator was doing more than just “cleaning up after Sofia peed in the toilet and letting her sit in the bedroom”4. The perpetrator was someone her mother looked up to, and someone she confided in and trusted.

The perpetrator was her mother’s father. It was Sofia’s grandfather.

In the second chapter, Sofia opened up about her struggles throughout her marriage. The traumatic episodes Sofia had due to the child abuse had a detrimental effect on her marriage. Sofia sees sex as something dirty, and not an embodiment of a healthy relationship with the person she loves. When her then-husband asked for sex, Sofia would make excuses for not letting it happen. When her husband quoted the sayings of the Prophet (peace be upon him) that “if a husband calls his wife to his bed and she refuses and causes him to sleep in anger, the angels will curse her till morning”5, Sofia was taken aback, but remembered that she was raised with feminist leanings by her mother and grandmother, and felt that it is ironic for her husband to reiterate the Prophet’s saying when he was not spiritually religious.

As I was reading this chapter, I was reflecting on the education I received for the past 23 years. Talking about sex or even giving sexual education was considered a topic that is memalukan or shameful to discuss with our parents. Like Sofia, many of our youths may have experienced child abuse and sexual harassment but prefer to keep it to themselves instead. Why?

I do not have any experience of being abused when I was a child. But I have my own fair share of experience being assaulted while being in public. Growing up in a madrasah for a good twelve years, not much support was given to the victims of sexual assault. The victims who experienced first-hand trauma were being ‘consoled’ by attending Islamic counselling and spiritual healing.

But what’s next? Are we supposed to keep quiet and move on?

Talking about sex was only within the parameter of the classroom during Fiqh (Islamic jurisprudence) lessons. But nothing more than that. I do not have any significant memory of attending moral education classes, except for the one time when my teachers engaged an outsider to conduct a sex education talk. That was all; that was my first and only experience with sex education.

Victims of abuse and assault are still being dismissed. The belief that the wife belongs to her husband and every inch of her belongs to him too is still very much ingrained in the minds of our society. The topic of sex or sex education is still taboo in our community. There is still so much for us to do as a community, in order to ensure that every woman is safe.

On top of the mental and emotional stress Sofia experienced while healing from child abuse, she also felt pressure when her extended family found out that she had become a divorcee. Like sex, divorce still carries a lot of stigma in the Malay community. The women would often get blamed for the divorce. They are often perceived as wives who have not treated their husbands well, causing affairs to happen and subsequently, divorce.

With that being said, the chapter also uncovers how society defines happiness by the institution of marriage. Those who are unmarried or divorced are viewed as unhappy. And those who are married are not. While Sofia was still trying to heal from the abuse in her childhood years and her failed marriage, her mother persistently put in efforts in arranging a match for Sofia with different kinds of people from different walks of life, from a dentist to a religious preacher. For Sofia, it is not the concept of marriage that she opposes, but the concept of matchmaking.

Moving forward, the third chapter talks about the healing stage. It was many years before Sofia finally managed to open up about her experiences of being abused as a child to a friend of hers, Eliot. Not only that, Sofia also met survivors of child abuse and sexual assault. During the meeting, Sofia emphasised on the harm of self-blaming. And for survivors of child abuse, there is a need to understand that “a ten-year-old could not have been capable of seducing an adult. But it was the responsibility of the adult to protect the child, all the time.”6

Forgiving a person’s mistakes is also part of the healing journey. We all have heard of the phrase, ‘forgive but never forget’. Yet, Sofia reminds us in this chapter that forgiving is not a must, and it is a choice for victims to forgive. If one decides to forgive, there is no definite time frame and victims can take however long they need before forgiving a person. What is important is to forgive themselves above all. For Sofia, it was a turning point for her when she realised that self-love, self-care and self-forgiveness are important parts of healing.

After detailing Sofia’s struggles in trying to forget the traumatic episodes of her life, opening up to her mother and a friend, as well as to forgive those who have wronged her, the last chapter focuses on how Sofia attempts to heal and move forward. Sofia does not deny that she is a survivor of child abuse, but that is not the only Sofia. Her pain does not become her but is a part of her. Like others, Sofia too is a woman, a daughter, a friend, and her life story has undeniably made her who she is today – a child rights activist. Sofia believes that her story will be able to help those who are in the same situation as her.

As a reader, I know that Sofia did not ask to be applauded for her bravery in writing The Years of Forgetting. But as someone who has thankfully not experienced abuse in her childhood, I am able to understand some of what the survivors of child sexual abuse had gone through. The mental and emotional struggles are indescribable, especially when it comes to opening up to those you think could be your safety net, then having to be chased in nightmares and subsequently, developing trust issues in people – be it your family or strangers.

This review is only a small part of what the whole book entails. Thus, I urge those who have the chance to get the book and read it. Many of the survivors of sexual abuse are being silenced in our community due to the stigma and lack of awareness in the society. The least we could do is to recognise that these survivors are part of our community, and that support should be given. Let the silence stop, and let’s hear them out. Let’s amplify their voices. Now, not later. ⬛

A graduate from a local madrasah and the National University of Singapore, Nurul Atiqah Jamari has a deep knowledge of background in the Malay-Muslim community. She has a keen interest in discourse on topics relating to Islam and current social issues including gender.