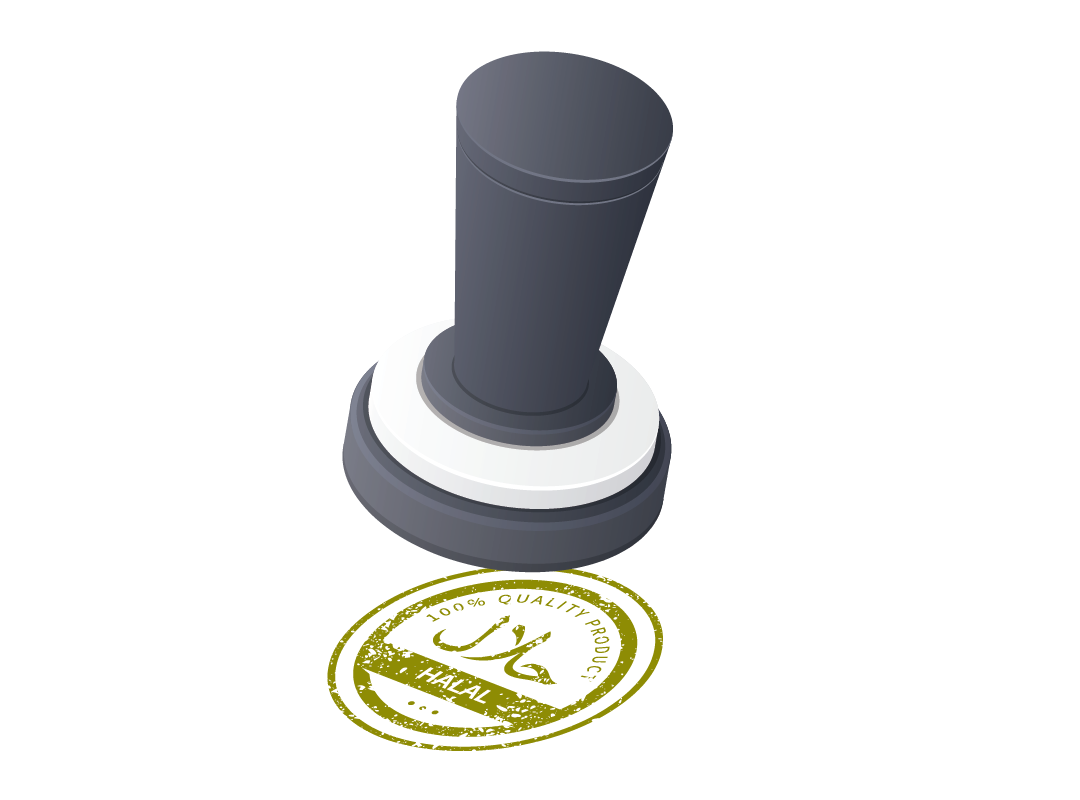 If you have ever watched The Social Dilemma on Netflix, you will realise how corporations use data as a bargaining chip to fuel their algorithms and influence consumers to purchase certain goods. This is marketing and advertising, and they are ever-present on our social media feeds.

Marketing is a common tool that influences potential customers to firstly, take an interest in, and eventually, purchase those goods. On social media, this takes various forms – from paying influencers for reviews to the use of attractive visuals to entice buyers.

An industry that benefits from a huge amount of marketing and advertising is the halal economy. It continues to grow exponentially in the global arena with more products becoming Muslim-friendly as the market leverages on this to pull its customers.

The purpose of this article is to explore the different dimensions of marketing and advertising under the veil of Islam, and to consider the ethical concerns and underlying reasons in the marketing process.

THE HALAL ECONOMY
Islam does not hinder business and trading activities as long as they adhere to its ethical and religious principles. Why, Prophet Muhammad (peace be upon him) himself was a trader with his wife, Sayidatina Khadijah (may Allah be pleased with her).

In Islamic jurisprudence, there is a section on muamalah, which is rules governing business dealings and transactions. So, as long as we run our businesses in accordance to the tenets of the religion, we should be fine.

So, what makes a business halal? Many goods and services are deemed permissible but increasingly, just about any product or service that are universal in nature are being promoted as halal and Islamic. Murmurs from some quarters have it that they are deemed such – just to gain traction among Muslim consumers. Here’s where the problem starts.

Let’s take the practice of cupping for instance. Cupping has its roots in ancient Egypt and China[1]. While the practices differ in both countries, it has nothing to do with Islam – except that it is considered a Sunnah as the Prophet (pbuh) practised it in the past. The consumption of honey is another example. While it is universally accepted as good for human consumption, no Islamic script lends credence to this assumption.

Thus, is it fair then to tag such products as halal for the purpose of promoting it in the market?

RELIGION FOR SALE
Malaysian cleric, Ustaz Wan Ji Wan Husin, is a renowned and vocal opponent of such promotions. In fact, in his book, Penunggang Agama: Menjual Untuk Islam @ Menjual Islam, he objected such calls and the framing of products as halal.

He also discussed the nuances of ‘prophetic food’ or more commonly referred to as ‘makanan sunnah’ within the Malay-Muslim world. To Ustaz Wan Ji, there is no such thing as ‘prophetic food’; it only comes into existence as a “form of branding to make the product sellable” [2].

Which begs the question then: Is this form of branding acceptable in Islam?

While the branding of goods and services as ‘Islamic’ might not be legally wrong within Islamic jurisprudence, there are ethical considerations that need to be reconsidered before labelling them. According to Ustaz Wan Ji, Islam focuses on the intent of an action. Hence, what is key here is if the “products sold and services rendered are of a good quality and there is no fraud involved.” [3]

Another factor that must be considered when trading is “…the connection to the sacred.”[4] This is because when one connects the Islamic branding to a particular product or service, he or she is relating the product to the perfection of God. We have to acknowledge that as humans, unfortunately, we are bound to be flawed.

A case in point is the furore over the beverage, Jus Al Sunnah, in 2018. It was given an Islamic/Arabic twist to its name, and it would have easily enticed gullible Muslims. However, as it turned out, this drink contained high levels of steroids that could cause Cushing’s syndrome[5]; the Health Sciences Authority even felt compelled to send a media advisory urging consumers not to consume it.

Another well-known food and often regarded as ‘prophetic’ is honey. Honey is universally thought to contain properties that can lower blood pressure and cholesterol levels. It is regarded as a ‘prophetic’ food because there are hadith and even Quranic verses that describe it as somewhat a miracle cure. However, to brand it as an Islamic product is taking it a little too far. It is immoral to use Islam to drive up sales.

In his book, Ustaz Wan Ji added that there were narrations that Prophet Muhammad (pbuh) loved to eat meat and bread. The writer wondered why meat and bread are not considered prophetic foods as well. Branding a product using Islamic/Arabic terms like “Al Sunnah” could be deemed fraudulent.

BEYOND SALES
Apart from marketing and advertisements, the religion has also been used as the foundation of Malaysian and Indonesian television programmes. There were some serials that were popular with Singaporean viewers. However, questions were raised on the impact this has created, and the supposed creation of an ‘ideal’ Muslim community[6].

Literature is another form of art that has infiltrated the market riding on Islamic influences, and traditions. And not to be outdone, political parties too! This is clearly evident in the thrusts and manifests adopted by these parties. Unfortunately though, one wonders if the focus is really Islamic in nature.

A RESPONSE TO A RESURGENT MOVEMENT
Let’s take a step back now to analyse: What has happened? Why has this phenomenon occurred? Why are businesses using Islam as a vehicle to forward their business interests? After all, it seems using the Islamic label is trending.

As Malaysian academic Shaharuddin Maarof points out in his book, Religion and Utopian Thinking among the Muslims of Southeast Asia, the use of Islamic labels on literally every aspect of our lives today including business, TV programmes and even political parties, is the result of a resurgence in Islamic ideology[7].

This Islamic resurgence otherwise known as “the dakwah movement”, occurred in the 1970s as a socio-political response in the Middle East and Western communities[8]. In this part of the world, as academic Chandra Muzaffar opined, this resurgence was due to the widening gap between the rich and poor Malays, influences of Salafism from Saudi Arabia, the Iranian Revolution and the rapid pace of globalisation[9].

In his book, Islamic Resurgence in Malaysia, Chandra wrote that Muslims in the 1970s worked towards preserving their identities by Islamising every domain of their lives[10]. This included their social, political, economics, health and even entertainment life.

He gave a depiction of this resurgent movement as:

“…the endeavour to re-establish Islamic values, Islamic practices, Islamic institutions, Islamic laws, indeed Islam in its entirety, in the lives of Muslims everywhere. It is an attempt to re-create an Islamic ethos, an Islamic social order, at the vortex of which is the Islamic human being, guided by the Quran and Sunnah.” [11]

Similarly, Noor Aisha Abd Rahman also made an important point on the phenomena of religious resurgence. In a chapter entitled Religious Resurgence among Malays and Its Impact: The Case of Singapore in the edited volume Alternative Voices in Muslim Southeast Asia: Discourse and Struggles, she reflected that one of the traits of the resurgent movement is the fixation with labels that are deemed Islamic in nature but lesser focus on its content. She explained how this is different to what is deemed as “secular”[12].

In one way or another, it seems that the branding of Islam on products and services is not only for the purpose of garnering a higher profit margin or attracting a wider pool of consumers. The underlying reasoning behind this is the idea of a resurgent movement permeating through.

The narrative in this article started by exploring businesses that use Islam as a vehicle for branding and marketing purposes. It is used as a means to cultivating profits. However, a deeper analysis into this phenomenon is suggesting that it is not just for the purpose of making profits, but the emergence of an underlying trait of a resurgent mentality.

The Muslim resurgent movement that started in the 1970s is still prevalent and strong up till today and it seems that one of its strongest influences is the business sector.⬛