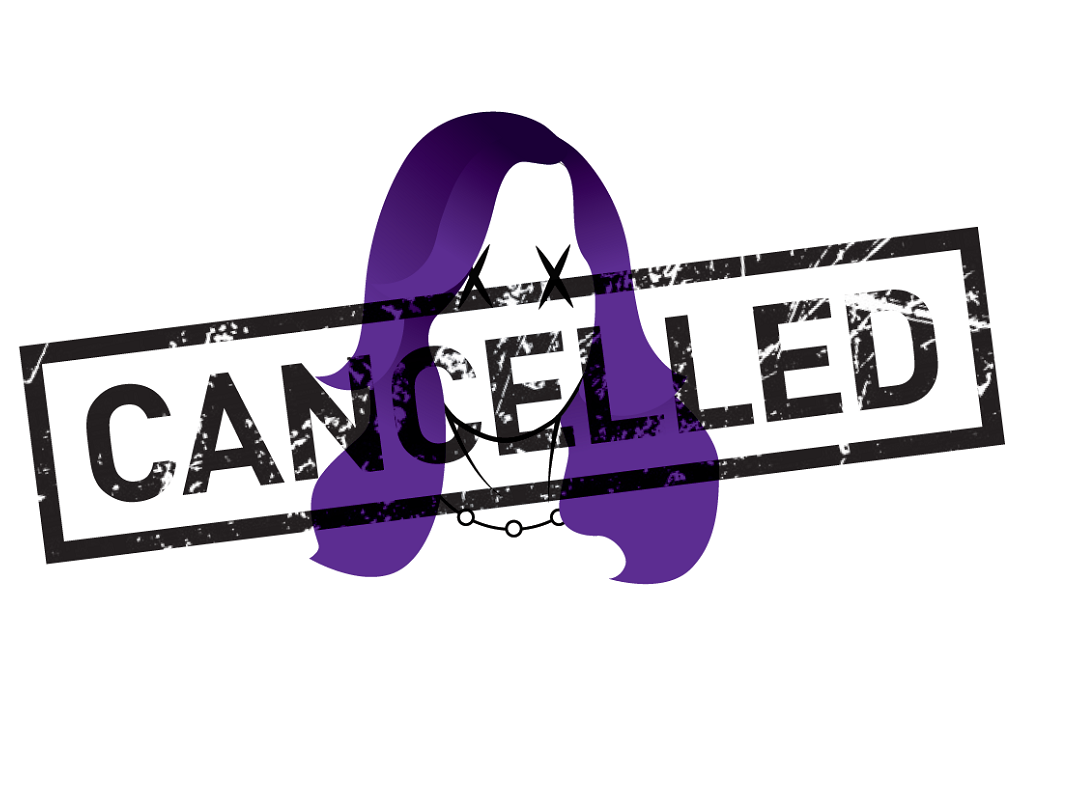 There are many things in life you have probably cancelled on before – from a doctor’s appointment to an order from GrabFood, or even as simple as your plans so that you can relax in bed all day long. But, do you know that you can ‘cancel’ people or brands too?

In recent months, many high-profile individuals in Singapore – from the candidates of the recent General Election, or GE2020, to social media influencers – have been ineluctably plagued by the cancel culture.

When Ivan Lim was introduced as a new People’s Action Party (PAP) candidate in GE2020, he was immediately belaboured by angry netizens, particularly his peers and ex-colleagues, who characterised him as “elitist” and “arrogant”, amongst others[1]. These allegations and sustained attacks, including an online petition to remove Ivan Lim from candidacy, eventually necessitated his withdrawal from GE2020.

Nonetheless, the successful act of ‘cancelling’ Ivan Lim set a precedent whereby police reports were even lodged against Workers’ Party’s (WP) Raeesah Khan over her alleged online posts on race and religion made in 2018[2]. It turns out that one of the whistleblowers deliberately dug out old posts in order to incriminate Raeesah[3]. Adding fuel to the fire, the PAP released a statement which called for the WP to state its stand and questioned the suitability of Raeesah as a Member of Parliament[4]. This created a polarising online discourse. Many supporters of Raeesah viewed this as a form of gutter politics – an attempt to ‘cancel’ Raeesah by undermining her credibility. On the other hand, some netizens felt troubled by Raeesah’s old Facebook and Twitter posts. Nevertheless, GE2020 was where we witnessed the intensification of the cancel culture so far.

The attacks on Raeesah triggered a backlash. The hashtag #IStandWithRaeesah started trending. Police reports were lodged against the PAP’s statement[5] and Deputy Prime Minister Heng Swee Keat’s old comments[6] as they were perceived as wounding racial feelings or promoting enmity between different races, albeit no offence was found in both reports. In addition, Xiaxue, a social media influencer, fell afoul of the cancel culture when she labelled Raeesah a “radical feminist/leftist” and a “poison infecting our politics”. Within minutes, the #PunishXiaxue hashtag became trending on Twitter, police reports and online petitions were filed against Xiaxue for her old, offensive tweets, and angry netizens called on brands to end their collaboration with Xiaxue[7].

Now, what is the big deal behind this cancel culture? These incidents reflect that cancel culture is fast becoming prominent in topics of conversation in Singapore.

WESTERN TERMINOLOGY
The terminology of cancel culture is arguably derived from the US whereby there is a variation of definitions based on different levels of understanding.

Online media company, Vox, generally defines cancel culture as “a trend of communal calls to boycott a celebrity whose offensive behaviour is perceived as going too far”[8].

One author describes it as “largely a calculus of diminishing returns of a public figure’s goodwill to the community that they are beholden to”[9].

On the other hand, another writer points out that once “you do something that others deem problematic, you automatically lose all your currency. Your voice is silenced. You’re done.”[10]

Nonetheless, a common feature of cancel culture is calling out (or some would say public shaming) by the online community. It is also noted that in some cases, cancelling includes taking further actions such as boycotting, going after the employers, doxxing, or even filing police reports, particularly if the individual’s perceived offensive behaviour or action amounts to a chargeable offence under its country’s rule of law.

Situating cancel culture in the local context, many are wary that the importation of Western ideas is detrimental to our society. In a recent interview on Instagram, former Nominated Member of Parliament Kuik Shiao-Yin contends that shame is weaponised to burn down the ‘cancelled’ individual’s platform of worth. This could result in the belief that change is impossible.

For example, Tosh Zhang encountered an online backlash when his old homophobic tweets made back in 2011, were surfaced after he was announced as one of Pink Dot’s ambassadors in 2019[11]. Tosh apologised for his tweets and affirmed that he has changed since then. He eventually stepped down from ambassadorship to stop the controversy. Tosh even decided to take a break from social media after receiving a voluminous amount of hate due to his past tweets.

Walid Jumblatt Abdullah, an Assistant Professor at the Nanyang Technological University, warned that cancel culture could discourage open discourses and lead to self-censorship. As such, people may be afraid to articulate their views due to political correctness[12].

On the other hand, proponents of cancel culture argue that it is an effective tool to seek accountability and justice, especially when the ‘cancelled’ individual has a history of being exempted or if traditional avenues are deemed to be insufficient in holding them accountable.

For instance, Monica Baey shared her discontentment on Instagram about the meagre handling of the National University of Singapore (NUS) with regard to sexual violence[13]. She called for more support and protection to be given to victims of sexual assault, as well as tougher penalties for perpetrators of sexual violence. In short, her Instagram stories became viral and created mass public rallying to pressure NUS to change its policies and introduce more concrete measures. Her story also attracted the then-Minister for Education Ong Ye Kung who weighed in on the issue[14]. She acknowledged that exposing the identity of her perpetrator, Nicholas Lim, is necessary as she points out that many of the perpetrators go unnamed and manage to get away with their crimes.

Another case to illustrate is the popular podcast, OKLetsGo (OLG), by three former Malay local radio DJs. OLG became controversial due to the podcasters’ casual and rampant misogynistic remarks. This led to a public outcry and many individuals called them out on social media[15]. Some encouraged listeners to boycott the podcast. In fact, the defenders of OLG were insulted and threatened to the extent of doxxing them. In addition, advertiser Foodpanda distanced themselves from OLG by requesting its sponsored content to be removed[16]. The saga even attracted the attention of many political figures including President Halimah Yacob, who issued a statement calling them to apologise[17]. Due to public pressure and backlash, the podcasters released an episode to address the issue and later, issued an apology.

TRIAL BY INTERNET OR WEAPON OF THE WEAK?
We indeed encounter polarising views on cancel culture – one camp views it as toxic and counterproductive, while the other sees it as an imperative to demand accountability.

Here, I would say that it is both. There is a time and place for cancel culture. If an individual intentionally causes harm and refuses to be responsible or be held accountable for his/her actions, particularly when such individual is in a position of power or influence and repeatedly exhibits problematic behaviour, then cancel culture becomes a powerful tool for the marginalised or victims to effect change and lessen his/her influence.

However, cancel culture can be counterproductive if the sole  intention is to discredit someone by digging up ignorant remarks made years ago despite the individual recognising his/her mistakes and has genuine desire to grow. Although some may find it essential to hold the individual accountable for his/her present and past mistakes, especially if such mistakes are egregious, retroactively engaging in cancel culture for the sake of smearing the cancelled individual’s reputation may thus limit opportunities for him to grow and change. In addition, if one engages in performative cancel culture and assumes a mob mentality just to appear ‘woke’, one should re-evaluate his/her intention. This is calamitous when putting someone on trial by internet without knowing all of the facts.

Ultimately, cancel culture is a form of protest and a tool to seek social justice especially when traditional avenues are perceived to be insufficient or have failed. Social media creates a platform for marginalised voices to be heard. This is not only about airing grievances but turning it into collective action – from boycotting to filing petitions. Scholars such as Jasper and Polleta assert that internet has changed the fundamentals of protest  actions[18]. Online mobilisations are more sporadic compared to physical protests which are typically more enduring and deep-rooted such as protest against the extradition bill in Hong Kong. Evidently, we witnessed how cancel culture erupts from time to time, gather a large number of followings to the cause, and then fades away within a few weeks. Bennett and Segerberg further introduce the concept of ‘the logic of connective action’ whereby individuals mobilise each other by sharing their experiences on social networks and under personalised action frames[19]. For instance, #PunishXiaxue is a personalised action frame in which individuals galvanised around the hashtag to call for accountability.

It is important to note that cancel culture is not a social movement, but it is a product of various movement ideologies. Critically, actions shaped by movement ideology are conspicuous in institutions and structures of everyday life[20]. Before the case of Monica Baey and OLG, there was a growing #MeToo feminist movement that created a space for women and men to speak publicly online about sexual violence, sexual harassment and sexism. This ‘connective action’ then turns into collective action as we witness women as well as wider society coalesce together to seek for social justice and accountability.

I would add that cancel culture is a weapon of the weak, for victims to enact change and garner support from the online community. Nevertheless, we should create a space for rehabilitation and growth once the cancelled individual acknowledges his/her mistake and is willing to accept the consequences, as well as take concrete steps for changed behaviour. We need to recognise human fallibility too.

Lastly, it is a noteworthy element to acknowledge that cancel culture is not a new concept and each society has boundaries with regard to what is considered acceptable speech or behaviour. To discuss meaningful contentious issues, cancel culture should not be used as a sole method of engagement. There is a need to have room for diversity of voices or perspectives without having the fear that one will be cancelled if one does not articulate his/her views in a politically correct fashion. Moreover, there are still contentions with regard to how sensitive conversations should be carried out.

Nonetheless, cancel culture remains controversial but it is a socio-political force that is definitely here to stay. ⬛

Syazwi Rahmad is currently an honours student at the National University of Singapore. He is majoring in political science. Other than reading and cats, he has a profound love for tea.