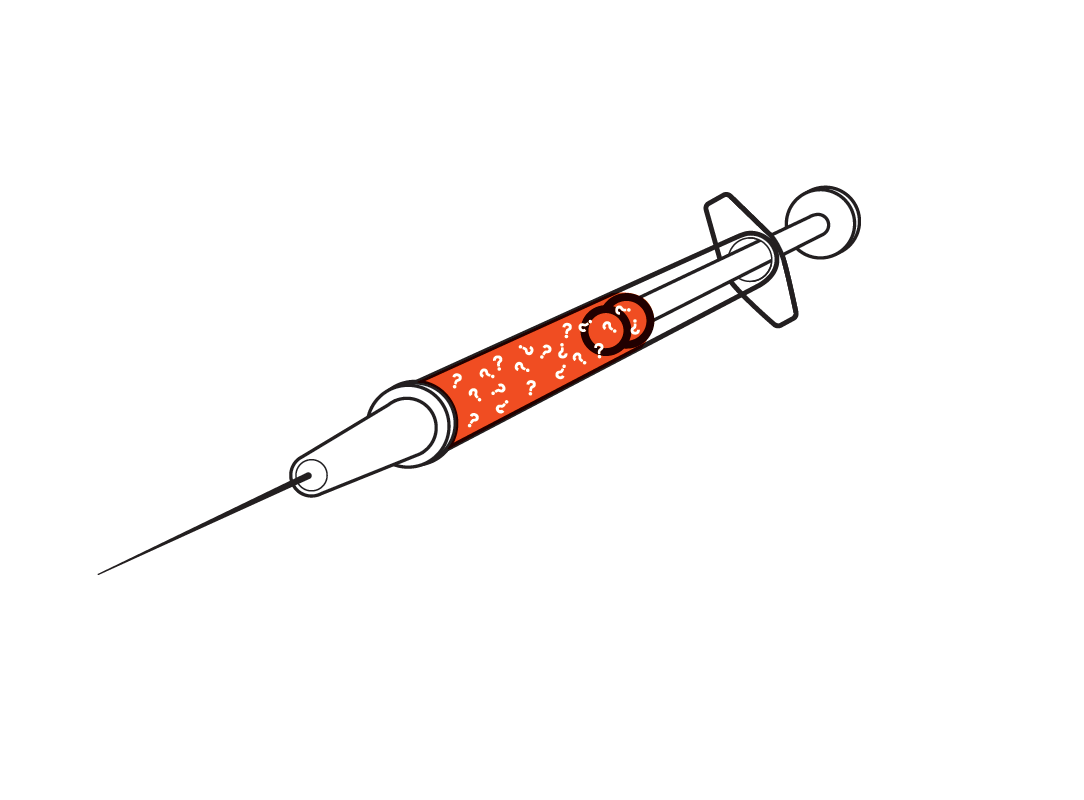 The practice of immunisation dates back hundreds of years. Buddhist monks drank snake venom to confer immunity to snake bites and variolation (smearing of a skin tear with cowpox to confer immunity to smallpox) was practised in 17th century China. Edward Jenner was considered the founder of vaccinology in the West in 1796 when he inoculated a 13-year-old-boy with cowpox and demonstrated immunity to smallpox. Thereafter the cholera, anthrax, plague, tetanus, polio, and measles, mumps, and rubella (MMR) vaccines were discovered by various scientists in the West. Despite the evidence of health gains from immunisation programmes, there has always been resistance to vaccines in some groups. In the late 1970s and 1980s, increasing litigation and decreased profitability for vaccine manufacture led to a decline in the number of companies producing vaccines. The decline was arrested in part by the implementation of the National Vaccine Injury Compensation programme in the US in 1986. The legacy of this era lives on to the present day in supply crises and continued media efforts by a growing anti-vaccination lobby.

“Vaccination causes autism.”
A paper published in The Lancet in 1998 that described eight children developing symptoms of autism within one month of receiving the MMR vaccine was found to be unsupported by any evidence[1]. It was hypothesised that the MMR vaccine causes autism via damage to intestinal lining permitting entrance of harmful proteins, which may damage nerve cells in the brain. It was postulated that perhaps it was due to thimerosal, a mercury containing preservative, or perhaps the simultaneous administration of multiple vaccines weakening the immune system.

So does the MMR vaccine really damage the intestinal lining? Studies have shown that the vaccine does not cause intestinal inflammatory responses[2]. In fact, in Canada, researchers found an increase in autism rates with the decrease in  MMR vaccination rates[3]. In Sweden and Denmark, from 1990 till 2000, there was a steady increase in incidence of autism despite the removal of thimerosal from vaccines in 1992[4]. A cohort study of 100,572 children born in the UK from 1988 to 1997 showed no relationship between thimerosal exposure and autism[5]. Multiple vaccines given together do not overwhelm the immune system as the infant immune system is capable of responding to thousands of vaccines simultaneously[6]. Furthermore, autism is not an immune-mediated disease[7]. Autism is found to be due to genetic variation in neuronal circuitry affecting nerve ending development[8].

“Giving a child multiple vaccinations for different diseases at the same time increases the risk of harmful side effects and can overload the immune system.”
In reality, we are exposed to many foreign antigens everyday – from the food we eat, the air we breathe, and the cuts in our skin and our mouth. The barrage of antigens introduced daily is a lot more than the multiple 6-in-1 vaccinations that children receive. A strep throat for example introduces 25 to 50 antigens simultaneously.

“Diseases had already begun to disappear before vaccines were introduced because of better hygiene and sanitation.”
Better nutrition, development of antibiotics and other treatment have helped increase our life expectancy. Less crowded living conditions have reduced disease transmission. This is evident in the rampant increase of COVID-19 transmission among foreign workers due to congested living conditions in foreign worker dormitories in Singapore.

Haemophilus influenza type b (Hib) was prevalent until the mid-1990s when conjugate vaccines that can be used for infants were introduced, resulting in a drastic drop in Hib infections in infants. Great Britain and Japan cut back in the use of pertussis (whooping cough) vaccine in 1974 out of the fear of neurological side effects, resulting in a dramatic rise in pertussis infections and deaths by 1978. Sweden followed suit in 1981 resulting in 700 cases of pertussis in 1981 to 3,200 in 1985. Russia had 839 cases of pertussis in 1989. Due to the decision to cut back on the pertussis vaccine, the number of those infected by it jumped to 50,000 cases and 1,700 deaths in 1994 in the New Independent States of the former Soviet Union. These show that diseases would not disappear without vaccination and if we stop vaccinating altogether, they would come back.

Currently, we are facing a global pandemic due to the SARS-CoV-2 virus causing COVID-19 infections. What originated from Wuhan, China is now felt in every country. China experienced a second wave of infections as overseas Chinese returned to the country and brought the virus home. The world’s economy has come to almost a grinding halt as countries impose strict rules on travelling affecting tourism and commercial aviation, and even oil prices have crashed. Until a vaccine is widely introduced, our travel plans will be limited as we need to practise social distancing, wearing of masks and avoid non-essential travel.

“The majority of people who get diseases have been vaccinated.”
It is a fact that those vaccinated can still get the disease, and that the absolute number of those who are vaccinated but still contract the disease may be more than those who are not vaccinated. However, this is largely due to the manipulation or selective interpretation of numbers. Vaccines confer about 98 per cent coverage. Let’s say we have 1,000 students, where 995 are vaccinated against measles and are fully immunised except for 5 students. When a measles outbreak occurs, 2 per cent of the 995 students may get measles because of the 98 per cent coverage, which results in 20 vaccinated students getting measles as compared to 5 students who get measles because they were not immunised. However, had the whole cohort not been immunised, we would have ended up with a total of 1,000 measles cases.

“There are lots of vaccines that have been associated with more adverse events and deaths than others. Parents should find the numbers of these lots and not allow their children to receive vaccines from them.”
The public is led to believe that certain vaccine lots are more dangerous than others. This is misleading. Reports of minor adverse reactions to vaccination are temporary and common, but evidence linking permanent health problems or death is very rare. The adverse reaction may not have been due to the vaccination. Consecutive lots of the same vaccine may produce slightly different side effects, but this has no implication on the relative risks of the two lots.

“Vaccines may produce many harmful side effects, illnesses, and even death. Not to mention possible long-term effects that we are not aware of.”
Vaccines are very safe but many anti-vaccine publications imply otherwise. Most side effects are minor and temporary such as soreness over the injected site or mild fever which can be easily controlled. Most adverse side effects occur rarely in 1/1,000 to 1/1,000,000 doses. Some are so rare that risks cannot be fully assessed. Very few deaths can be attributed to vaccines so it is hard to assess the risk statistically.

The myth that sudden infant death syndrome (SIDS) is caused by the three diphtheria-tetanus-pertussis (DTP) vaccine shots given at 3, 4, and 5 months of age came about because most SIDS cases occur within this age group. However, SIDS is a common phenomenon  among this age group despite the DTP vaccination. It may have been due to allowing infants to sleep in a prone face-down position, which can potentially kink or even obstruct the airway leading to SIDS[10]. In fact, in several of the studies, children who had recently received a DTP shot were less likely to get SIDS. The Institute of Medicine reported that all controlled studies that have compared immunised versus non-immunised children have found either no association or a decreased risk of SIDS among immunised children[11].

“Vaccine-preventable diseases have been virtually eliminated from my country, so there is no need for my child to be vaccinated.”
It is true that we have eradicated vaccine-preventable smallpox and reduced most vaccine-preventable diseases such as polio to very low levels in many countries. In other parts of the world, these diseases may still be prevalent and travellers from this country may bring the disease into any country. A good example is the transmission of polio in 2005 and meningococcal in 1999 during the Hajj pilgrimage. A vaccine-naive population means that the disease  could spread quickly throughout the population causing an epidemic, such as the current COVID-19 pandemic. Imagine if countries had access to COVID-19 vaccination. Populations without COVID-19 vaccination would witness the trends in China, US, Italy, Spain, and so on. Unfortunately, we are still at the pre-vaccine stage for COVID-19.

Another concept is herd immunity, where a small number of individuals cannot be vaccinated because of various reasons like allergy to vaccine components. These people are susceptible to diseases. If the population surrounding these individuals are immune to the disease, the virus finds it hard to infect a host resulting in it dying a natural death. Transmission is greatly reduced and the non-immunised is protected from the infection[12].

VACCINES AND CANCER PREVENTION
The human papilloma virus (HPV), which is known to cause cervical cancer, is transmissible through sexual contact[13]. Though the virus may take decades to turn into cancer, it is nevertheless still a risk. Having the three primary HPV vaccine doses prior to starting sexual life ensures protection for the individual female from cervical cancer as we cannot assume our partner is free of HPV.

Likewise, the Hepatitis B (Hep B) virus has been associated with liver cancer[14]. Individuals with Hep B infection are called carriers of Hep B, and their numbers are substantial in the population globally, between 2 and 7 per cent. Hep B infection can be transmitted via kissing, sexual contact, vertical transmission (mother to child during childbirth), blood product transfusion or sharing of contaminated needles. Getting the three doses during childhood may not be enough for some individuals who do not mount an immune response. Checking Hep B antigen levels every five to ten years helps us understand whether we require further immunisation to boost our Hep B immunity.

As physicians, we are guided by evidence-based medicine when recommending the best options for our patients. This is especially critical to those with Hep B carrier partners. Communicate openly with your physician with regard to your concerns about vaccination in order to alleviate any misconceptions and clear any doubts. We live in exciting times. The past two decades have seen the application of molecular genetics and its increased insights into immunology. Microbiology and genomics applied to vaccinology is setting a bright future for the science including the development of new vaccine delivery systems, new adjuvants, more effective vaccines and therapeutic vaccines for allergies, autoimmune diseases and addictions. ⬛

Dr Zuraimi Mohamed Dahlan is a Family Physician at banyan clinic @ jw. He is also President of the Muslim Healthcare Professionals Association (MHPA), and a certified provider for Exercise is Medicine Singapore (EIMS).