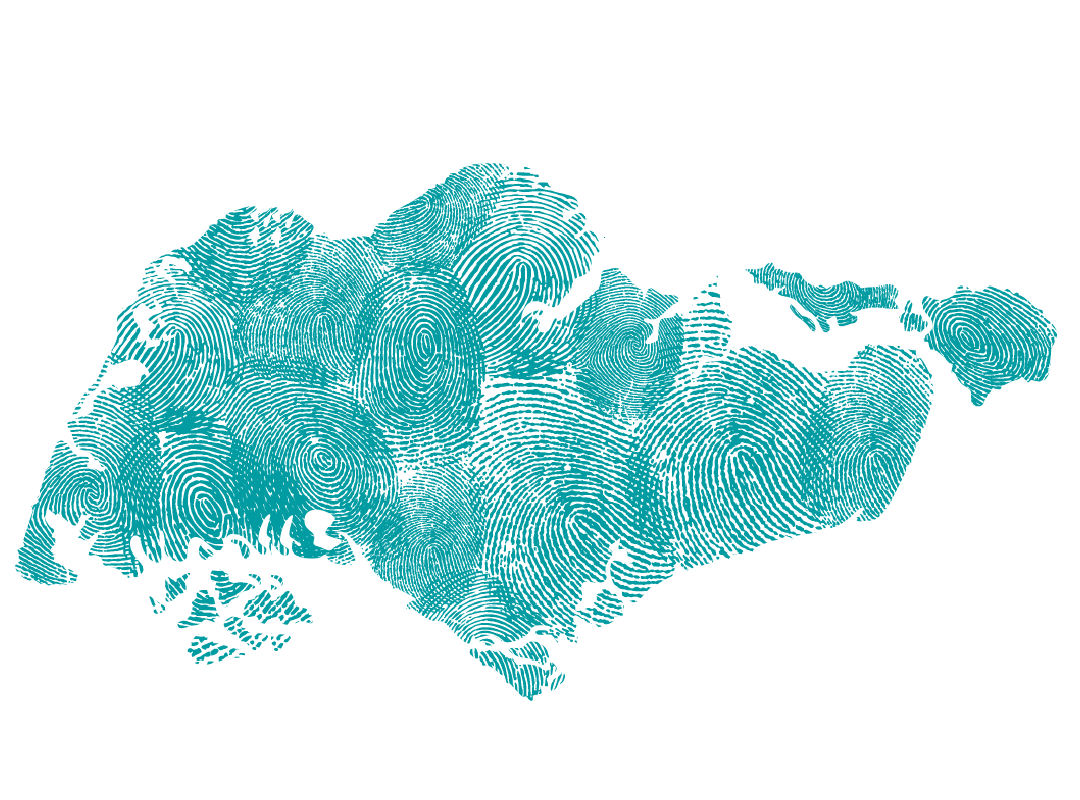 Perhaps we can learn a thing or two about identity by taking the cue from our children. Let me explain.

I have two boys, and the older one, Danial, who is turning seven this year, has outgrown previous ‘cartoon’ identities he grew up with.

Gone are the simple Paw Patrol, Tayo, and Super Wings characters he used to identify with, replaced with the relatively more complex characters like Boboiboy, Darius from Jurassic World’s Camp Cretaceous, and journalist rat Geronimo Stilton. Interestingly, Danial’s younger brother, Harris, at four, seemed to have skipped the simpler fare and moved on straight to the more complex characters, surely at least partially influenced by his elder brother. I’m sure, they will soon outgrow this batch of characters and find others to identify with in due time.

Why am I sharing this personal trivia here, you may ask?

Well, my sons and their fleeting choices of cartoon or storybook characters came up recently, upon hearing Prime Minister Lee Hsien Loong’s speech at the National Day Rally.

In the speech, PM Lee stressed the ‘enduring imperatives’ of taking pride in being Singaporean and having a stronger sense of national identity.

PM Lee said: “Singaporeans are being exposed to all sorts of persuasion and propaganda, misinformation and agitation, not least on social media and messaging apps, more so in a world driven by rivalries and tensions, with countries coming under pressure to support one side or the other.”

“We need a strong sense of national identity to hold us together and give meaning to our nation-building,” he added and shared his hope that this will be one of the outcomes of the ongoing Forward Singapore exercise.

Launched by Deputy Prime Minister Lawrence Wong in June, the nationwide exercise aims to engage citizens so they can come together to shape and strengthen Singapore’s social compact for the next phase of our development.

Spanning a year, this exercise will conclude with the publication of a report in mid-2023 which, among others, will set out policy recommendations and highlight how different segments of society can contribute toward these shared goals.

THE SINGAPOREAN IDENTITY
But before we go on, what is identity?

Trawling the Internet for easy-to-understand and non-abstract definitions of identity can be a challenge, but I was able to piece together a somewhat meaningful definition of identity which resonated with how I interpret it to be. One interpretation of identity stands out in particular.

Neuroscientist Dr Eser Yilmaz, in an article on the Berkeley Well-Being Institute website defines identity as “a person’s sense of self, established by their unique characteristics, affiliations, and social roles”. Identity, according to her, has continuity, as one feels to be the same person over time despite many changes in their circumstances.

In short, identity encompasses traits that we are born with and thoughts, beliefs, and values we acquire from our surroundings.

Thus, identity can be further broken down, among others, into racial and religious identities – one’s sense of belonging to a racial group; ethnic identity – one’s affiliation to a specific ethnic group; and family identity – roles a person plays in a family, such as a son can also be a father to his children.

From this definition of identity, what makes up the Singaporean national identity and how do we nurture this to make it stronger?

We already know our limitations in forging our national identity, one of which is time.

Singapore’s First Foreign Minister S. Rajaratnam rightly said, in a televised documentary depicting the racial riots of the 1950s and 1960s, that unlike an older nation with an ancient past with long historic experiences that can bind people together, Singapore may not have that long period of time to evolve a common heritage for our people.

However, we need a sense of belonging together, to one entity, Mr Rajaratnam adds, among others, to build a shared identity.

In part, this sense of belonging together can be fulfilled by the symbols of our nation – the national flag, crest and anthem – especially when Singapore was newly independent in the 1960s. In fact, so does reciting the national pledge, which was, as many know, is written by Mr Rajaratnam. With the time factor providing a credible challenge to forming the Singaporean identity, do Singaporeans then have some common heritage or grounding that binds us together?

We can find some answers to the question on what makes up the Singaporean identity via an Ipsos survey in 2020. The survey, which involved a nationally representative sample of 1,000 Singaporeans and Permanent Residents, aged 18 and above, looks at National Pride and what Singaporeans identify with, and showed that while Singaporeans still want a country with an honest and transparent government and a country that is just and fair to all, some priorities have shifted. For example, in 2020, more Singaporeans want a country that is socially and environmentally conscious and technologically progressive compared to 2015.

The respondents to the survey also cited a multiracial and multireligious society (60%), local food and delicacies (57%), world class services (46%), Singlish (44%) and HDB (36%) as important parts of their Singaporean identity.

Other than the school environment, I can’t think of many life experiences in Singapore that literally places together people from various different backgrounds and identities together for a prolonged period.

And at least for me, more importantly, what stands out from the survey was that 74 percent of Singaporeans agree that being Singaporean is an important part of their identity, while 58 percent of respondents consider themselves to be patriotic residents of Singapore.

In this sense, Singaporeans as a nation are perhaps on the right path towards forging our own national identity. While we perhaps have many diverging views on what makes up our unique identity, we can at least agree on certain common factors and almost three-quarters of Singaporeans agree that being Singaporean is an important part of our identity.

SOCIAL MEDIA AND NATIONAL SECURITY
However, what concerns me, and especially from the perspective of a father of two young boys, is the proliferation of social media into our daily lives and our seemingly increasing appetite for it.

Let’s face it. How many of us have on occasion been so engrossed in the ‘black hole’ that is social media browsing that we actually do not realise how much time we’ve spent ‘liking’ and reading social media posts till we’ve spent too much time on it.

And thus, PM Lee’s message about social media in the National Day Rally resonated with me.

Beyond my arguably trivial concerns of its influence on my boys and family, PM Lee said that some messages have the ulterior aim of persuading its readers to take sides, or erode trust in the Government. He said that Singaporeans can get all sorts of information from social media and not all messages on social media are ‘true and credible’.

Some messages, he said, had been disseminated in both Chinese and English and aimed to stir up anti-American sentiments, while there were also other similar attempts to discredit Russia and China, in the hopes of influencing people to side with the West.

Singaporeans, said PM Lee, should question the origins and intentions of messages like these and think it through before sharing such messages with friends. PM Lee urged Singaporeans to check the facts and do not accept all the information as truths and added that only by actively guarding against hostile foreign influence operations can Singaporeans safeguard the sovereignty and independence of Singapore.

For a young nation that is still finding its feet and projecting its voice of reason to the world, this sinister side of the Internet and social media as its vehicle, presents a formidable challenge.

THE INTANGIBLES
I believe an important component of forming the national identity is to find common ground in the intangibles.

These are the shared experiences, the prata kosong and kopi si siu dai that we enjoy during breakfast at the neighbourhood kopitiam, or the football games we watch alongside fellow Singaporeans at the National Stadium. Or perhaps queuing for hours or overnight even for the odd wristwatch or the ‘privilege’ to watch a Korean pop singing sensation – one coming up in May next year.

Perhaps even as important or arguably more important than the usual factors or symbols that help us identify our shared identities, these intangibles are probably the experiences that resonate most with us and at a regular frequency. Perhaps one way to sum up these shared experiences was depicted succinctly by DPM Wong, who was then Minister for National Development, several years ago.

Speaking at the HDB Peak Forum in September 2018, Mr Wong said: “We eat at the nearby hawker centres, we shop at the neighbourhood centres, our children play and grow up together, and we develop a sense of community and belonging. So HDB living is very much an integral part of our national identity and our way of life.”

So what do we make of the Singaporean identity from all these examples?

Referring once more to the Ipsos survey, I believe that while the Singaporean identity is made up of a stable core of identifiable factors such as food, HDB and a multiracial society, this stable core is also made up of many different values that make us Singaporeans.

These values do not change, although over time, the different components of these values can be overtaken by one another. The national identity perhaps cannot be looked at as a fixed entity, but one that continuously evolves, and with a plethora of sub-identities and common values that form its core.

On a personal note, I would like to think that my boys’ values and identities are also based on a stable core and my wife and I are working hard to form and strengthen this core with compassion, empathy and kindness.

We understand better now that the identities that resonate with us can change over time, but as parents, we hope that while the social norms and the characters they identify with changes, the core values they hold dear, must remain. That is my wish too for Singapore. ⬛

Norman Sawi is a Senior Correspondent with Berita Harian, Singapore’s national Malay language daily. He has been a journalist for almost two decades and has covered a variety of beats in the newsroom, from entertainment and sports to politics. The views shared in this article are his own.