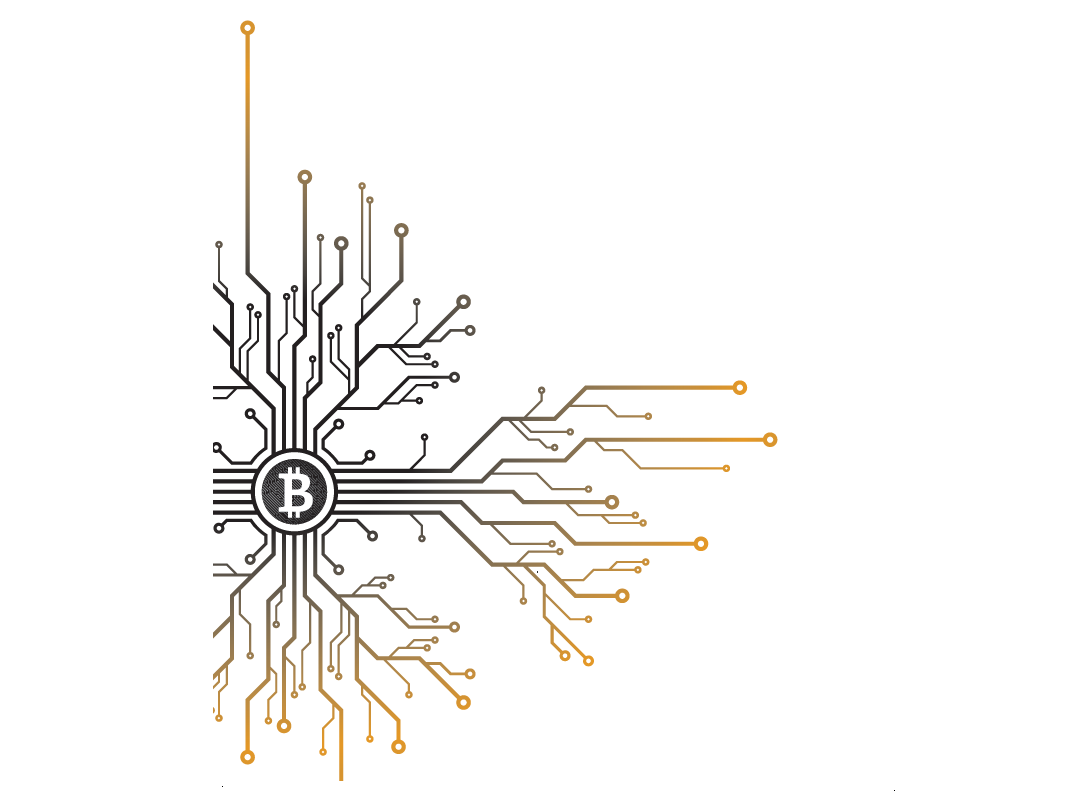 MONEY, FIAT CURRENCY AND CRYPTOCURRENCIES
The three main functions of money are as a unit of account, medium of exchange and store of value. Cash is a financial instrument and physical asset that combines four features: (i) it is anonymous; (ii) it is universal (anyone can take possession); (iii) it is exchanged peer to peer (without knowledge of the issuer); and (iv) it does not yield any interest by itself[1]. Banks are the traditional money creators and maintain their inimitability at keeping reserves at the central banks (CBs). Peer-to-peer exchangeability allows its exchange between counterparties without intermediaries. Universality means that anybody can take possession of it, use and store it. Historically, currencies were backed by value which can be done via gold, silver, commodities, or the government. In fact, fiat money used in the current economic system is considered a currency, and this includes the emergent use of plastic and digital currencies (digital sovereign fiat). Its core function is to serve as a customary accepted form of payment by the people in exchange for goods and services.

Cryptocurrencies are a form of virtual currency built on blockchain technology, which may be native or Bitcoin-derived. The first cryptocurrency appeared in 2009. Cryptographic techniques lie at the heart of their implementation[2]. Historically, the idea and concept of storing important information by using cryptography technique is considered older, as the term crypto is taken from an ancient Greek word kryptos meaning ‘hidden’[3]. Some of the records show that ancient Egyptians also used cryptography as is evidenced by the usage of ciphers by Julius Caesar in 100BC to 40BC[4]. Crypto tokens are a form of cryptocurrency that may appear as equity, security or utility tokens[5], whose purchasing power and right of exchange are limited to a specific asset, product or service for which the token is issued. Other types of tokens, include ‘asset-backed tokens’ (tokens that represent some physical asset like gold or real estate), ‘vote tokens’ (tokens that confer its holder a right to be involved in a project), and ‘hybrid tokens’ (tokens that are the hybridisation of two or more forms of tokens or its representation). They are typically issued at Initial Coin Offering (ICO), Initial Exchange Offering (IEO) or Securitised Token Offering (STO), where they are offered in exchange for capital investments.

Cryptocurrencies are championed by their advocates due to their ability to be strictly a peer-to-peer exchange without intermediaries, like banks, being involved. Its critics are concerned with them being used in illicit transactions as the system is essentially decentralised and formally unregulated. Another problem for cryptocurrencies is their volatility. As such, the most recent phenomenon is the creation of stablecoins[6]. Likewise, the central banks of major economies started to rethink their own sovereign fiat currencies to leverage on the benefits of tokenising currencies in terms of a more efficient interbank settlement system[7]. Such a legal tender central bank-issued digital currency is called a Central Bank Digital Currency (CBDC), whose value is pegged to its sovereign fiat currency value.

PRIVATE-ISSUED VS PUBLIC-ISSUED DIGITAL CURRENCY
Perhaps, before we get into the discussion on the adoption of digital currencies in Singapore, we must differentiate between privately issued digital currency from a publicly issued one. 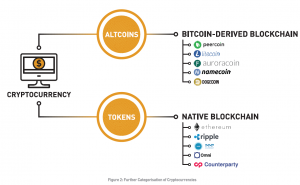 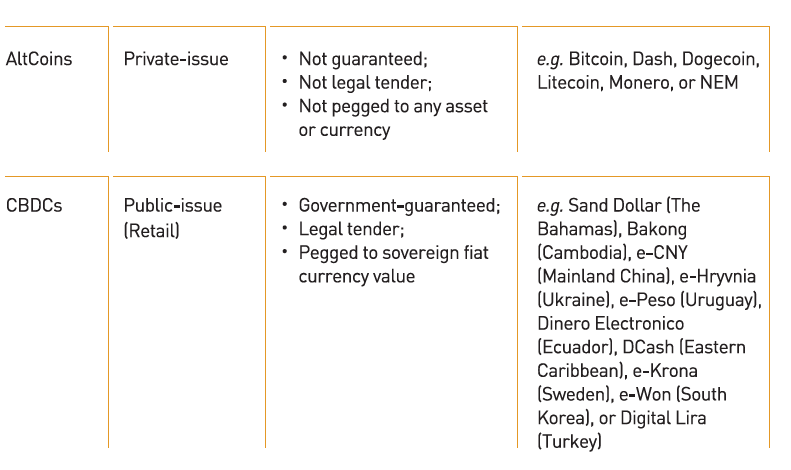 Essentially, a privately issued digital currency as a means of exchange is called AltCoins. They have no store of value and are typically created from a Bitcoin-derived blockchain (i.e. Proof-of-Work (PoW) SHA-256 protocol). In contrast, tokens are created from their own native blockchain, which utilise different types of blockchain protocols that are different from Bitcoin’s PoW SHA-256. Privately issued digital currencies are not backed by any tangible or intangible asset, and are hence very volatile and subject to the sentiments of large holders of the cryptocurrency. Publicly issued digital currencies, however, are cryptocurrencies that are issued by public institutions endorsed by recognised authorities such as a government. Specifically, CBDCs are digital currencies that are publicly issued by the central banks of countries. These issuances are guaranteed by the government just as their fiat currency is endorsed and guaranteed. Furthermore, the CBDC is typically pegged to the sovereign fiat currency value (1:1).

After the emergence of cryptocurrencies, countries have started showing interest in a sovereign form of digital currencies where the volatility of cryptos are meted out by a stable fiat value. As such, the concept of CBDC was born. While many formats[8] of the CBDC are being evaluated across many sovereign nations, their benefits appear to not only provide more efficient payments but also, they are able to overcome previous insurmountable barriers, such as the zero lower-bound for monetary policy. The CBDC also allows the government to directly implement monetary policy via the floated digital currencies in the economy, without having to go through proxies like banks and other financial institutions. Although the CBDC is centralised (i.e. it is issued and regulated by the competent monetary authority of the country), it aims to leverage on the best of both worlds – the convenience and security of digital constructs like cryptocurrencies, and the regulated, reserve-backed money circulation of the traditional fiat banking system. The respective central banks and/or other competent monetary authorities will be solely responsible for its operations and maintenance.

Many central banks, however, have launched pilot programmes and research projects aimed at determining a CBDC’s viability and usability. The Bank of England (BOE) was the pioneer to initiate the CBDC proposal. Following that, central banks of other nations, like China’s People’s Bank of China (PBoC), Bank of Canada (BoC), and central banks of Uruguay, Thailand, Venezuela, Sweden, and Singapore, among several others, are looking into the possibility of introducing a central bank-issued digital currency. Some governments are prioritising interbank or wholesale[9] applications, while others are working on retail[10] applications as digital cash.

Recently, the Chinese government has begun to issue blockchain-powered digital currency to its citizens – the Digital Yuan. The Wall Street Journal reports that 100,000 recipients have been determined by a lottery system and can already spend their digital yuan both in stores and online using a special app. In more recent reports, Beijing said its e-CNY (or digital renminbi) has been tested in more than 70 million transactions worth over $5 billion, as of July 2021[11]. We can expect other countries to follow suit in the near future and in various ways and formats.

ADOPTION OF A DIGITAL CURRENCY IN SINGAPORE
The adoption or acceptance of any digital currency has to lie on its usability, convenience and flexibility. This acceptance must involve not only the end-users but also the retailers and all commercial centres, including financial institutions and payment gateways. As mentioned, AltCoins can be adopted as a digital currency as they are mainly designed as a means of exchange between two counterparties directly without any intermediary or central authority. But there are many variations of such cryptos and they are highly volatile. Volatility means that the value of the currency fluctuates drastically depending on the influential voices in the market. A relative value of $1 may increase to $1.50 in a matter of days or weeks but it may also fall just as sharply. Holding on to such a medium of exchange for buying groceries or payment of bills seems counterintuitive, imprudent and impractical.

The logical alternative is a stable version of such digital currency, and this is part of the reason why most governments are considering issuing their own retail CBDC. Each CBDC will have equal value (pegged 1:1) to its sovereign fiat counterpart, and hence the volatility of a digital currency is stabilised to the minor fluctuations of the sovereign currency.

This is the construction of the CBDC as cash or solely as a ‘medium of exchange’ format, like AltCoins. I have deliberated on three other formats: the CBDC as a public deposit at the central bank, as a monetary policy tool and as an interbank payment system between the central bank and tier 1 banks in Chapter 9 of Beyond Fintech[12]. In short, the repercussions of CBDCs in different formats will affect the way central banks, financial institutions and consumers interact with one another, changing the way financial services will be delivered in a significantly transformed financial landscape. The implications need to be carefully studied and tested before any format or combination of formats are eventually implemented.

In Singapore, I think physical cash may eventually give way to digital sovereign fiat money (digital cash) but privately issued cryptocurrencies may take a little longer to be adopted widely, if at all. The entire ASEAN market is essentially still a cash-driven economy, and the digital versions of sovereign cash would likely dominate our daily transactions for the next decade. CBDCs in the cash format may replace digital cash but the impetus for Singapore to issue its retail CBDC needs to be compelling. Project Ubin was Singapore’s wholesale (interbank) CBDC undertaking, which successfully explored the commercial applicability, viability and benefits of blockchain technology across the finance industry, beyond capital markets and trade finance. However, the different formats of the CBDCs pose different challenges when they are implemented, especially as a hybrid for multiple use cases and purposes. This is because different implications and consequences will result from the different formats that can be implemented.

In addition, the wider practical adoption or acceptance of digital currencies, besides CBDCs, at the commercial level will likely take place when there is a better understanding of how the price discovery of different cryptocurrencies translate to better predictability and acceptance, despite its attendant volatilities. Such in-depth understanding will be crucial to develop hedging and diversification strategies for financial management in the investment portfolios or treasury operations of the future. These are among the important developments that I feel need to happen before the Singapore market fully adopts digital currencies at all levels. ⬛

Dr Hazik Mohamed is a multi-skilled professional, whose focus is on business growth strategies for start-ups, tech-related research, and various consulting projects. His past corporate clients include the ASEAN Secretariat, national finance offices, and the United Nations Capital Development Fund. He is also the author of three internationally published books: Belief and Rule-compliance (Academic Press, 2018), Blockchain, Fintech and Islamic Finance (De Gruyter, 2019) and Beyond Fintech (World Scientific, 2021).