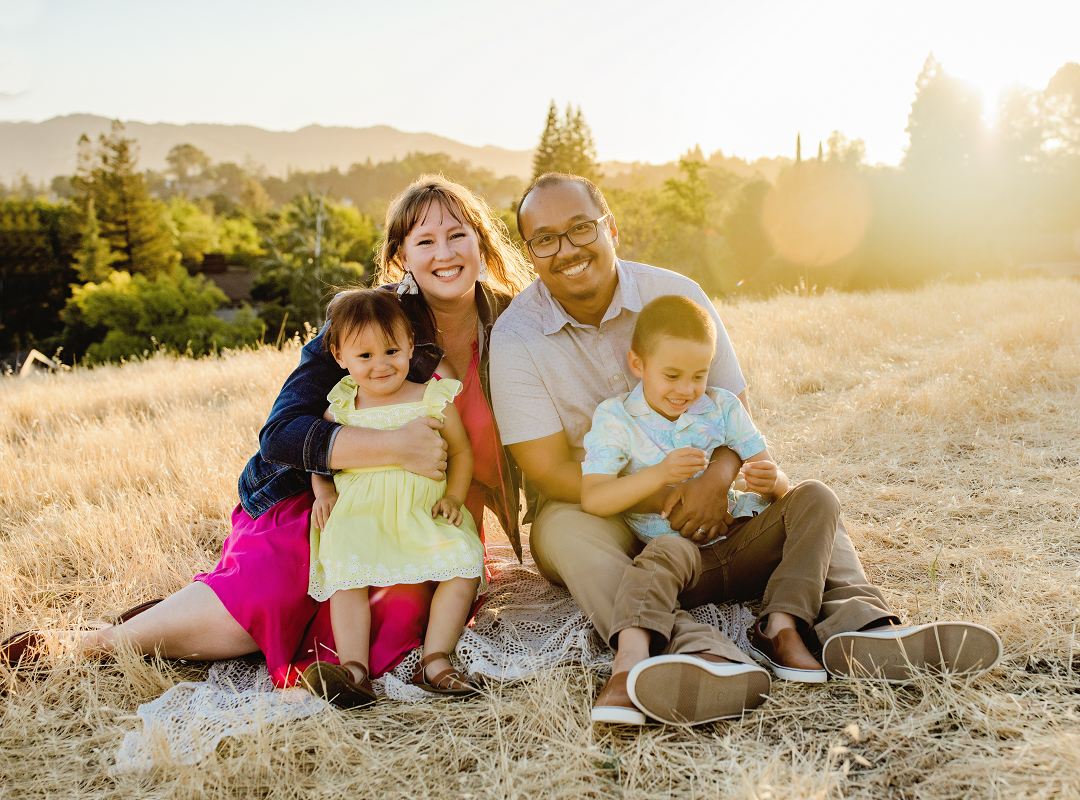 It is no secret that the Bay Area in San Francisco is a mecca for tech companies. With thousands of firms employing over 3.9 million workers[1], the Bay Area has become the largest tech talent labour pool in the US which continues to attract the brightest and best minds in the tech industry from across the globe. Individuals who are hoping to land a role in this competitive job market will be competing against a pool of global talent.

At a time when he wanted a change in his career, Kefri Ismail challenged himself to work with the best in the tech industry. He was determined to land a job in the Bay Area despite having his work visa to the United States (US) declined twice. He successfully secured the visa and started his first job in the US in 2013. Currently working for a tech company that develops property management software, he regarded this move as one of his career highlights.

Kefri spoke to the Karyawan team on how he worked his way up in the tech industry in Singapore and later in the US.

Could you tell us more about yourself and your family?
Kefri: I’m currently residing in the San Francisco Bay Area with my family. I have two beautiful kids – a boy and a girl named Cassius Kefri and Indah Alice, together with my supportive, smart and strong American wife, Kelly, whom I met while working for the same company back in Singapore in 2011.

I grew up as an orphan after my father passed away when I was really young. My mother raised me and my older brother single-handedly, while working multiple cleaning jobs and a lot of side hustling. We stayed in a single room rental flat and had help from organisations like Darul Ihsan that provided basic daily staples like rice and also money to buy school textbooks and supplies. We were not well off but to be honest, we did great. It has helped shape who I am today.

I didn’t really do well for my A-Levels as I was neither motivated nor interested in the subjects that I took in junior college. As I entered national service (NS), I was really clueless about what to do after NS. A good friend of mine roped me in to attend some part-time computer courses and I found that I was good at it. At the same time, I was doing part-time work at several places to pay for my courses and while I figured out what I wanted to do. One of the places I worked at was at a company called CNET Networks (now known as CBS Interactive). Fortunately, I had very good bosses at CNET and learned the ropes that eventually helped me advance in my career.

Sadly, through the early stages of my career, my mother passed away from breast cancer. It crushed my motivation for a while and really changed the course of my life. My older brother carried a lot of the burden through this time. He went from ITE to doing a part-time diploma and a Bachelor’s degree, while working and raising a family at the same time!

What made you decide to move to the US? Was your family supportive of your decision?
Kefri: It was at a time when I wanted to embrace change and new personal experiences. From a career perspective, I challenged myself to work with the best and the brightest in the industry. My mindset at that time was if it did not work out, I would have no regrets. My older brother was really supportive of my decision to move to the US.

What were some of the challenges you faced when you first moved to the US? How has your wife helped you in adapting to the new environment?
Kefri: Funnily enough, the first real challenge was getting a US work visa. I had my work visa declined twice! You would think it would be straightforward even when a company sponsors you. I was determined and was eventually successful in my third attempt. I had to submit a write up and justify why I should be employed over other candidates from the pool of talent here in the US, especially in the Bay Area. I remembered working on my work visa application day and night. I was very thankful to my boss and the organisation at the time that stood by me, as well as my wife who is always supportive of me.

When I finally moved here, the lack of a Malay community was a big challenge. It was kind of weird because the Bay Area is really diverse and there is a big representation of Southeast Asians. But there are very few Malays and I couldn’t speak the language to anyone or have Malay food. Sadly, not many Americans know about the Malay people. The most similar cuisine is Indonesian and even then, there are few and far between. Because of this and, more recently, COVID-19, I had to learn how to cook Malay food. Ingredients were really hard to come by at first and I had to build up a list of stores in the Bay area that carry them. Even then, I have not found some ingredients like daun kunyit (turmeric leaf). My wife finds me to be a good cook and supports my newfound passion by encouraging me to cook often. She also follows me on my hunt for ingredients and being on the constant lookout for anything Singaporean (or similar), be it events or restaurants.

Is there any American culture or lifestyle that you are still trying to adapt to?
Kefri: A funny thing I’ve needed to adapt to is using a fork when eating rice dishes here. Americans don’t often offer you a spoon unless you ask for one!

American’s fascination with guns is surprising and definitely a concern for me, with both my children Cassius, 6, and Indah, 3, being in school every day. It’s something that has been at the forefront of our family conversations lately, especially with current events. Living in California, we’re definitely better off than, say, in Texas as each state enforces their own laws which has also been an adjustment for me – it can feel like we’re living in separate countries within the US. California is most aligned to my views and I love the diversity here. In a nutshell, I’m still adapting!

What drew you to a profession in the tech industry?
Kefri: I think it’s being at the edge of innovation. In the tech industry, we are always innovating and looking out for the next big thing. Technology has the power to share knowledge, solve problems, and connect. Working in the tech industry means playing a direct part in creating digital experiences that are useful, meaningful, and enjoyable. It’s nothing short of rewarding.

What does your job entail?
Kefri: I’m currently employed as a Marketing Data Manager for a technology company called AppFolio that develops property management software. My role helps drive the outcomes of marketing for my company through the power of data, automation and integration. I just started this new role at the end of March 2022. Previously I was employed by CBS Interactive, a media company for almost 17 years and worked my way up from being a part-time contract staff. It was also through this company that I was given the opportunity to move to the US back in 2013.

How competitive is your work environment, especially given that it is in the Bay Area?
Kefri: I do feel it is competitive but at the same time, most tech companies here value other things aside from just delivering on work goals. For example, we value teamwork, diversity and inclusion, mental wellness, and personal time. It is a really good balance of work and everything else. In my opinion, this balance really sets the tech companies here in California apart from the rest of the US. I love the flexibility of being able to prioritise family over work. A good example is that in my company, we have a thing called, ‘Thank You Fridays’ in summer. All employees get four Fridays off during summer to rest and rejuvenate.

What has motivated you to stay in the industry for over 17 years?
Kefri: I think my motivation in being in this industry is the endless growth opportunities and having to continuously learn new things even after all these years. Tech companies are always evolving, and there are endless opportunities to learn new technologies and in-demand tools that can be applied in various roles, across a wide range of different companies and industries.

What are some of the highlights of your career or living in the US so far?
Kefri: I think landing a job in a new company is my latest career highlight. When you are in the Bay Area trying to land a job in the tech industry, you are competing with very smart people, often with multiple degrees from prestigious universities. I take great pride as a Malay person having a successful career in the Bay Area and challenging the stereotypes we, as a community, face back home. Whenever I have the chance, I try to educate people here about the Malay community and that brings me great pride.

Do you have any advice for the young Malay/Muslim professionals who aspire to have a career in the Bay Area?
Kefri: My advice is to seek out the opportunity. If there is one, no matter how small it may seem, go and seize it. And never be afraid to fail. The other advice I have is to go beyond your current comfort levels. You may need to adjust a couple of things in order to be successful.

What are your future plans? Do you intend to return to Singapore one day?
Kefri: We are planning to buy a house near Los Angeles in Southern California to be closer to my wife’s extended family, this summer. As for returning to Singapore, there is always a possibility and I have never ruled that out. We try to visit every other year. For now, the kids are really comfortable here and I value the way the education system here works. It is not as stressful as it is back home. Here, they encourage creativity, and team sports in school are more accessible. Yet, Singapore will always be home to me. ⬛

1 Vital Signs. Which industries are creating or losing jobs? 2019, August. Available at: https://www.vitalsigns.mtc.ca.gov/jobs-industry

Nur Diyana Jalil is an Executive at the Centre for Research on Islamic and Malay Affairs (RIMA), managing its social media, events and publications.