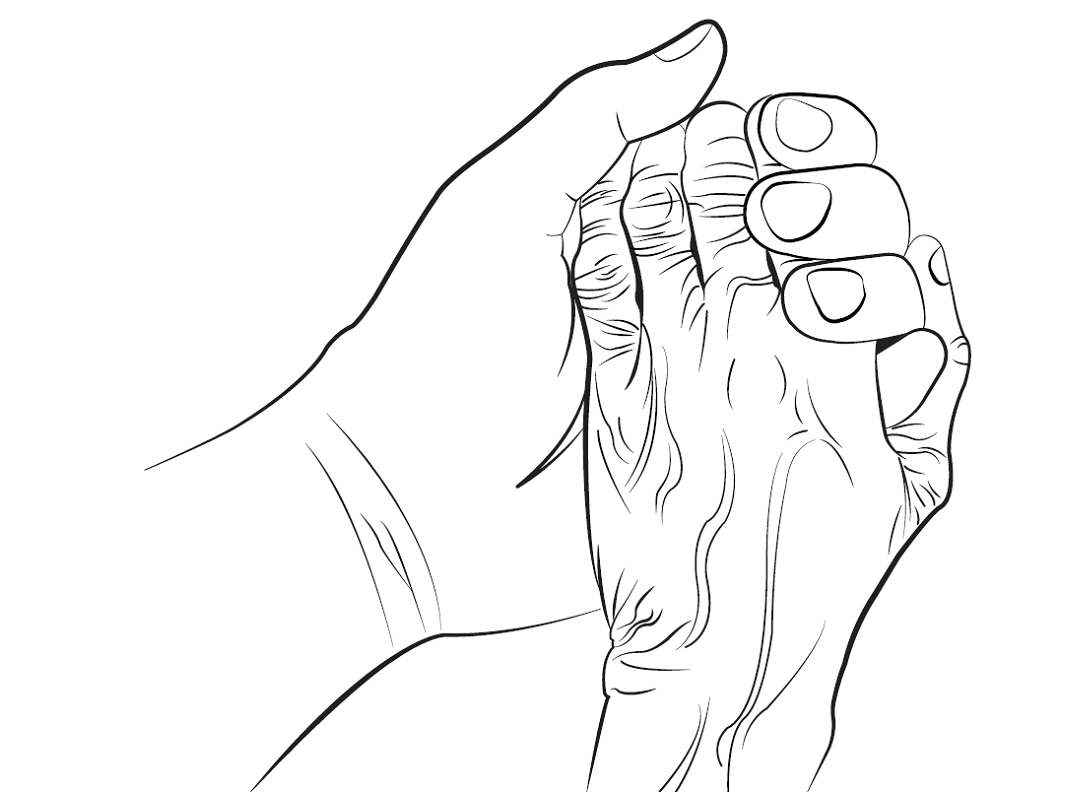 ‘How one generation loves, the next generation learns,’ was the tagline for the campaign launched by then Ministry of Community Development, Youth & Sports (MCYS) in 2010, to raise awareness of filial piety in Singapore. The S$1.6 million advertising campaign highlighted a poignant three-minute ad that displayed the importance of filial piety and why it needs to be ingrained in the younger generation. More importantly, the abovementioned tagline accentuated the significance of a synergic approach when discussing filial piety, incorporating both the receiver and giver.

By most accounts, we have stepped into a new era where changes in demography, modernisation, and other socio-economic factors have exercised a considerable influence on what it means to be filial[1]. Increasing life expectancy and low fertility rates are telling examples. This besets the greying of Singapore’s population which is rising at a faster pace compared to the last decade[2]. As a result, individuals from all walks of life would have various interpretations of filial piety. Another contributing factor is the fact that all of us face different quandaries in life and hence, we practise filial obligations within our own capacity. In this context, this article primarily aims to discuss the pertinence of filial piety in light of the whistle-stop economic growth and social mobility. In the ensuing points, I will highlight issues that are relatable to Singaporeans including intergenerational solidarity, sandwich generation, and filial expectations.

REVISITING FILIAL PIETY
There is a spectrum of understandings of filial piety. In this respect, it is vital to reconceive this entrenched notion, thus helping us to discern its features. The concept of filial piety is often associated with Confucianism. However, when subjected to closer scrutiny, it can be traced back to as early as the Xia, Shang, and Zhou dynasties[3]. Filial piety as proffered by Confucian philosophers plays a vital role in shaping the nation as the family is considered a fulcrum of the nation. In Confucian political philosophy, the government is responsible for upholding the virtue of filial piety, by ensuring its officials practise filial piety and mourn their parents properly[4]. In general, filial piety is a multi-faceted tenet which is not limited to only one’s devotion and selflessness towards family, but also towards his rulers and country. Notwithstanding, this article focuses on filial vis-à-vis families, and on this account, filial piety is defined as:

[A component of which has asked] adult children to fulfill obligations to respect, obey, support, and care for their elderly parents[5].

It is noteworthy to mention that there are four key elements underpinning filial piety, namely concern for parental health, financially supporting parents, fulfilling the housing needs of parents, and respect for parental authority[6]. At this juncture, filial piety is also an integral part of many religions besides Confucianism. For instance, Muslims espouse the concept of birrul walidayn which implies doing deeds, being loyal, and obeying parents[7]. The emphasising of its importance is evident in the Quran as it is mentioned in tandem with the obligation of tawhid in numerous verses. In his magnum opus, Tafsir al-Misbah, Prof Quraish Shihab pointed out that parents play an important role in the spiritual journey of their children, acting as intermediary; hence making them worthy of filial obligations, alongside tawhid[8]. What is of central importance is that filial piety has become a basic universal virtue embedded in manifold cultures and religions[9].

INTERGENERATIONAL SOLIDARITY
To understand how one’s devotion and loyalty towards his parents may be affected, it is salient to comprehend the significance of intergenerational solidarity. The term, which was first coined in Bengtson’s study on intergenerational relationships, refers to “the quality of relationships between family members up and down the generational line”[10]. Most components of intergenerational solidarity are inextricable from the key elements and principles of filial piety[11]. Functional solidarity, for example, which represents the act of giving and receiving of support across generation, is positively associated with filial expectations[12]. Furthermore, intergenerational solidarity remains an important and central feature when discussing filial piety because it influences the willingness of children to care for their parents. In a 2016 survey of Singaporeans, 97 percent of respondents felt that it is important for grandparents and their grandchildren to maintain close ties with each other[13]. It thus follows that maintaining cross-generational ties conduces to filial piety. Furthermore, social connection is a clear indicia of life satisfaction and good health.

There is little doubt that this tie is further emphasised in the context of Singapore, where we are now dealing with the increasing percentage of elderly parents living alone[14]. This typifies the challenges of co-residence which plays a crucial role in maintaining cross-generational interaction. This element of geographical proximity between adult children and elderly parents does not only increase interactions and filial obligations, but also the chances of receiving them. However, co-residence is no longer indicative of strong intergenerational ties today, as technological advances have facilitated families to preserve relationships even when prevented by distance[15].

CAUGHT IN THE MIDDLE
Discourses encompassing the sandwich generation have always been germane to Singaporeans. The term ‘sandwich generation’ often refers to “middle-aged adults from 40 to 60 years old, who are caring for both their growing children and ageing parents at the same time”[16]. As the term suggests, individuals who fall under this category are caught in between the duty of taking care of their children’s emotional and financial needs and adhering to their parents’ filial expectations. Among the difficulties that preclude this generation to practise filial obligations are pressures they face financially. A 2019 study by NTUC Income evinced that 94 percent of parents aged between 35 and 55 face financial pressures supporting both their growing children and their ageing parents at the same time[17].

One might wonder, why does this become a major problem now despite the same obstacles faced by past generations? There are many contributing factors surrounding this but the most palpable one is the shrinking birth rate and increasing life expectancy in Singapore. By 2040, the average lifespan of a Singaporean is forecasted to surpass 85 years[18]. This posits that the children bear a much hefty burden for a longer period of time.

Recent studies also showed that even though 66 percent of young people here took into account the cost of looking after their retired parents in their plans, only 8 percent were confident in supporting them financially[19]. This reflects the challenge which adult children are facing right now in fulfilling and supporting parents’ financial needs.

A CRUNCH TIME FOR FILIAL PIETY: MANAGING EXPECTATIONS
As discussed earlier, socio-economic factors divest one’s pursuit to be filial towards his elderly parents. While it is still plausible to contend that filial piety remains relevant in today’s context, we should not gloss over the fact that there are expectations that need to be lowered. According to Professor Paulin Straughan, director of Singapore Management University’s Centre for Research on Successful Ageing, norms must change with the times as families are smaller and everyone is living longer, and it is no longer possible in the practical reality to adopt filial piety in its traditional framework[20]. By the same token, this leads to alterations of its practices and duties.

In this regard, it is notable to highlight two things. First, children’s duties are shifting towards emotional care instead of physical. As mentioned previously, co-residence in Singapore is on the wane. The upshot of this is that physical interactions between adult children and elderly parents would also be lesser. However, this does not entail disregard for filial piety. Paradoxically, it strengthens the parent-adult child bond as averred by National University of Singapore sociologist, Dr Tan Ern Ser[21]. Even when not in proximity, the children can always provide emotional care by ensuring they can be relied upon when required. This includes providing a safe and secure environment, digital engagement and many more. This trend is also evident in other ageing countries such as Japan.

Secondly, managing priorities. We often hear the concept of work-life balance as it contributes to productivity and increases morale. Although Singapore has made great strides in economic growth, it is ranked fourth amongst the top overworked countries or cities, making it undeniably challenging to carry a multitude of responsibilities. Through the lens of Singaporean seniors, there is a high propensity to rely on their family members’ support. Based on a survey conducted by Prudential, 75 percent of respondents stated they could rely on their families for support when faced with unpredictable life events[22]. This perspicuously explains why young adults are bracing themselves for filial duties. Be that as it may, evolved filial piety, with all its shortcomings, is a value that needs to be continued. As an Islamic legal maxim goes, “What cannot be achieved in its entirety, must not be abandoned in its entirety”.

MOVING FORWARD
By and large, the essence of filial piety remains a relevant component in this ever-evolving era. The discussions, nevertheless, shed light on how the traditional framework of being filial is experiencing changes and modifications. This is mainly due to a confluence of factors. Firstly, it is pertinent to discuss the topic of intergenerational solidarity which plays an influential role in determining a child’s willingness to serve his elderly parents. In short, the lifestyle that we live in today in Singapore amends the concept of intergenerational solidarity and consequently, filial expectations.

Next, I discussed the issue of the sandwich generation, a term we are very cognisant of. This trend is observable in ageing countries such as Japan, China, and particularly Singapore. Being caught in the middle compounds adult children’s financial burden. This chimes with the study done by NTUC in 2019 which reveals 94 percent of parents aged between 35 and 55 face financial pressures supporting both their growing children and their ageing parents at the same time.

With numerous hurdles to overcome, physical interactions can no longer be the touchstone of filial piety. Instead, emotional care is proven to be expressed more towards elderly parents. The most important thing is to show reliability. In addition, managing priorities is still an obstacle in ever-developing countries like Singapore and in turn, causes a dilemma of prioritising their parents and children. Looking ahead, it is essential for parents to understand how filial duties are affected by socio-economic factors, while adult children need to strike the balance between career and filial obligations.

Allow me to end this article with a beautiful hadith reported by Abdullah bin ‘Amr that a person came to Rasulullah peace be upon him and sought permission (to participate) in jihad, whereupon he (the Holy Prophet) said:

“Are your parents living?” He said: “Yes.” Thereupon he (the Holy Prophet) said: “You should put in your best efforts (in their) service.” (Sahih Muslim) ⬛

Reza Idani Zainal Abidin is an intern at the Centre for Research on Islamic and Malay Affairs (RIMA). Majoring in Islamic Jurisprudence at the Al-Azhar University, his areas of interest encompass the traditional Islamic Sciences, Arabic literature, philosophy, and political Islam.