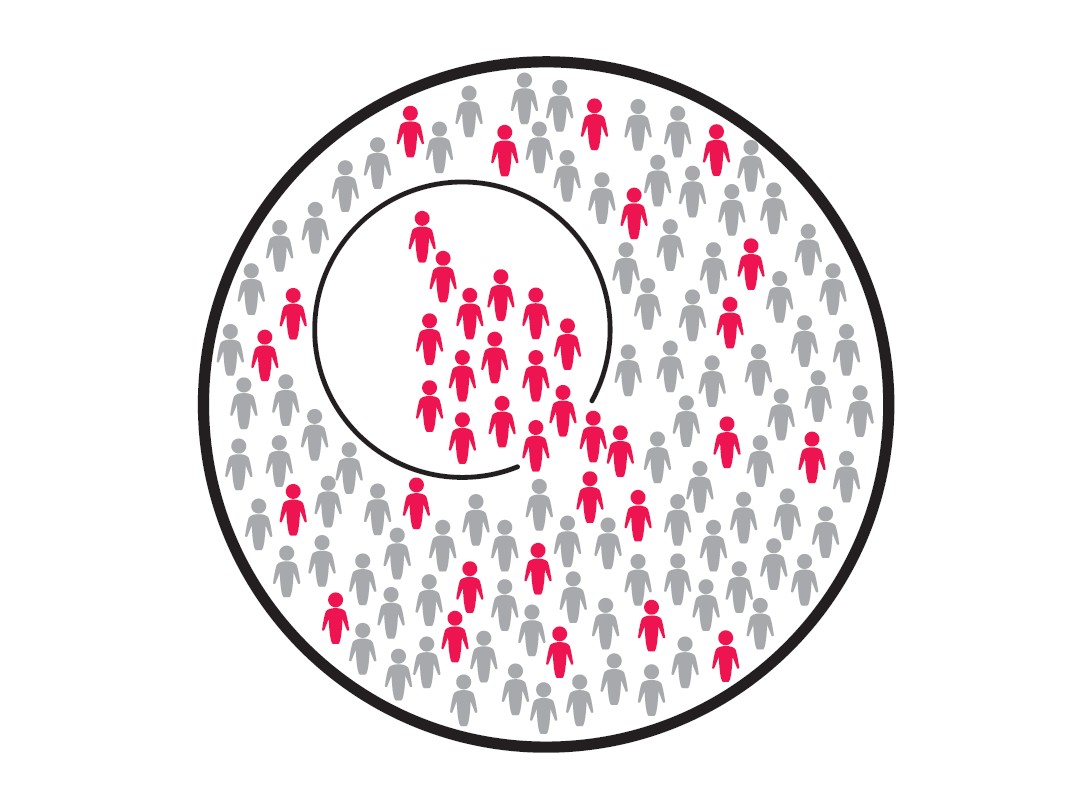 With Singapore opening up after two years of COVID-19 restrictions, it almost feels like the country is back to how it was pre-pandemic. Log on to social media or switch on the news, we’ve been flooded with stories of resilience, stories of perseverance, and also stories of love and support. However, we also had to confront an ugly truth – are we as harmonious as we like to say we are?

At the start of the pandemic, news of racist attacks toward Asians in the West drew concerns in our part of the world. The Stop Asian Hate movement drew support both offline and online, as demonstrations, protests, and rallies were held to condemn violence targeting Asians, especially Asian Americans. Social media were filled with support for Asians as people protested against the racism they faced.

In Singapore, while support towards Asian Americans grew bigger, we were also faced with our own cases of racism that have happened over the course of the pandemic. Unlike before, these incidents have been recorded and gone viral on social media. In May last year, a man was charged for physically attacking an Indian woman and was also accused of using racial slurs against her. Not long after, another woman was charged for making racist remarks in the MRT towards minorities, while recording them on her handphone. A polytechnic lecturer was also recently charged for making racial remarks at an inter-ethnic couple. A common theme of these incidents: the existence of minorities, many of whom are just going about their day, are seemingly being questioned. Whether it’s going for a walk, taking the MRT to work, or going on a date with a significant other, the existence of minorities seems to be an issue for some people.

As some have raised, is this a new phenomenon of racist incidents that arose from the pandemic situation, or are these incidents a call for us to relook at how we understand racial dynamics in Singapore?

Channel NewsAsia recently televised a follow-up of a race-related documentary, titled Regardless of Race. In the follow-up that was hosted by Senior Minister of State Dr Janil Puthucheary, it was stated that there has been an increased investigation of racial incidents. Comments on the short extraction of the documentary on YouTube had people sharing their own encounters with racist incidents, with others voicing out that more investigations should be taken as a good sign.

The question on people’s minds remains: are these cases really merely one-off? And why are we only seeing them now?

POLITICS OF EXISTING AND THE BURDEN OF PROOF
With smartphones, capturing such incidents has made it easier for them to be shared on social media. For many minorities, these incidents have also become evidence for them, as the burden of proof often falls on the victims. With such evidence, it becomes harder to deny the existence of racism in the country. However, there are some that would still argue that such incidents are merely one-offs, or even attempt to downplay the experiences of the victims. On the other end, some would only consider an incident as racist if there is proof of physical attacks and physical abuse faced by the victim.

Such mentality, that one has to be physically attacked for an incident to be considered racially motivated, causes more harm. It implies that other forms of racism such as microaggressions are less harmful and should be tolerated.

Derald Wing Sue, a professor of counselling psychology at Columbia University, argues that microaggressions cause real psychological harm to the marginalised and stated that psychologists have deemed microaggressions as “death by a thousand cuts”. He wrote:

“Far from being harmless and benign, microaggressions have a macro impact on targets. A whole body of research supports this conclusion. They increase stress in the lives of people of colour, lower emotional well-being, increase depression and negative feelings, assail the mental health of recipients, impede learning and problem-solving, impair employee performance and take a heavy toll on the physical well-being of targets. Equally important are findings that microaggressions lower the standard of living of people of colour and create inequities in employment, education and health care.” [1]

Not long after such incidents, Singaporean minorities have taken action to share their own experiences of racism they have faced on social media. Accounts such as Minority Voices were also created as a platform for minorities to gather and share their lived experiences. More conversations and dialogue have also been conducted to tackle this issue.

But is it enough?

RECONSTRUCTING THE MINORITY NARRATIVE
Many activists have long argued about the existence of Chinese privilege in this country. The term has been met with resistance and backlash from a wider community, with many arguing that the term was merely coined from the term ‘White privilege’ and that adopting Western identity politics into the local sphere can cause more harm than good.

While it is true that we need to start coining our own language from our own understanding of racial dynamics in our own country, denying the existence of such privileges does nothing to solve the problem as well. It also discredits the work and experiences that have been pointed out by activists, scholars, and everyday people who have had to bear the brunt of discrimination just because of the colour of their skin.

Critiques of the term do point out a valid concern about transposing other minority experiences outside of Singapore onto ours. But while such critiques are important in ensuring we are able to have our own discourse, they should not steer the conversation away from the important issue that has been raised.

We must move from a culture that is only reactionary to one that listens. Many important points are drowned by accusations that such narratives only serve to disrupt the peaceful utopia as the majority might know the country as. This creates a vicious cycle and in turn, causes tension that the state has long been trying to avoid.

There also needs to be an acknowledgement that such bias affects more than a minority’s emotions but also their daily life, and even has affected things such as income. In the follow-up of Regardless of Race, the documentary stated that an average Malay earns $3,228 less yearly than a Chinese person. The documentary also showcased a social experiment, where minority people do not get opportunities merely by their name despite having the same resume. In a country where we thrive off the narrative of meritocracy, how do we address this problem? And how does this affect how minorities are viewed in this country, and how do we minorities view ourselves?

INTEGRATION: HOW DO WE MOVE FROM HERE?
Growing up in Singapore, we often hear the word ‘integration’ being used often. As a multi-cultural country, there is a need for everyone to integrate. However, I would argue that integration would not work if implicit bias and racism in the country are not tackled first. Harmful narratives that we hear as minorities continue to perpetuate how we think of minorities, including the often-forgotten ones, such as migrant workers.

Encouraging people to integrate into society, while the intention may be good, has to be relooked. When we talk about integrating into society, who gets to define what society is? From whose lens are we understanding it? If we are looking at integration from the lens of the majority, are we setting ourselves up for failure? Will there be people who do not fit into the mainstream idea of being Singaporean?

Before we can get to integration, we should look at inclusion and deconstruct what we understand narratives as. In Problematic Singapore Malays: The Making of a Portrayal, Dr Suriani Suratman explores the portrayal of the Malays by the government, as found in the mainstream media in Singapore. Such works are key in understanding how the mainstream media and state influence how minorities are viewed. This is key in breaking stereotypes and biases. Laws, while important to protect minorities, only tackle the basic necessity of that moment. It is based on the fear of being persecuted, rather than care and understanding for another fellow person.

Breaking down narratives as we know them and being honest with policies that might have caused harm towards how we see minorities is important in building relations and including what we might know as ‘the other’. Building narratives to understand and include the marginalised will break the idea that there should even be an ‘other’. Only from there can we break any stereotypes and build empathy for one another. We should move from integration to inclusion; then, can we also accept one another regardless of any differences. The acknowledgement of privilege should not be a debate point, but a point to understand where the gaps are and opportunities to ensure that everyone gets the same opportunity and help without any fear of rejection. ⬛

Mysara Aljaru is a Singaporean creative and writer. She researches and explores the issue of class, race, and gender.