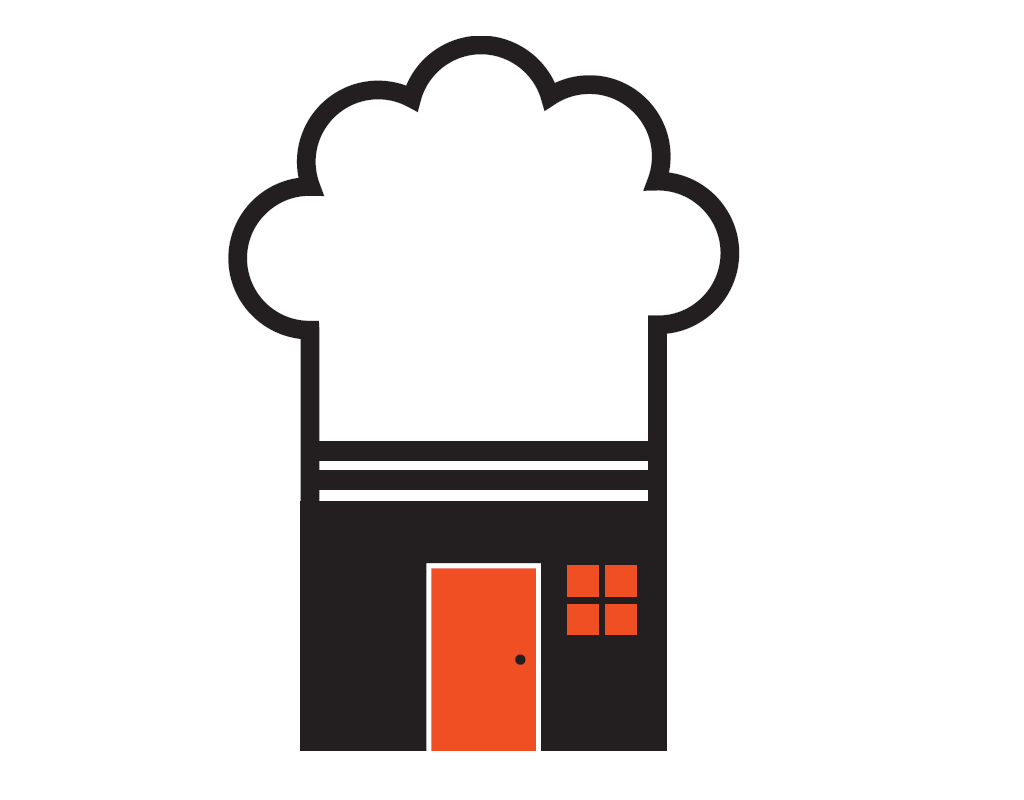 The success of home based businesses (HBB) in today’s environment of corporatisation of businesses is testimony to the pioneering spirit of Singaporeans.

It harkens back to the early days of nation-building when migrants came with only their bare necessities to set up small businesses on sidewalks which prospered to become today’s mega-businesses. This will to survive is what makes us successful today as a nation.

In recognition of this indomitable spirit, the Singapore Malay Chamber of Commerce and Industry (SMCCI) through its women’s wing, DEWI, has relentlessly championed the rights of HBB. Today a significant 10 per cent of SMCCI’s 850 members are HBB, of which 30 per cent are women members of DEWI@SMCCI.

An example of a HBB owner is Mdm Rahimah, a widow who is taking care of seven children and a bedridden elderly mother. She had been replaced at her workplace. After submitting job applications for a whole year without success, the reality of living in Singapore dawned on her. In spite of her skills and dedication, no company here was offering her employment.

One of Rahimah’s passions is to cook Arab and Mediterranean fusion dishes and invite friends and relatives over for meals. They raved about her cooking and she started receiving orders to cater for functions, which she took only on weekends due to work. However, with her retrenchment, she could take orders on weekdays and soon started an online HBB food delivery service. It was successful enough to sustain her and her family. Then COVID-19 struck and food delivery boomed overnight. Rahimah had to recruit her friends and relatives to assist with the business, and soon came the fasting month of Ramadan. Demand skyrocketed. She was able to settle all her debts and even save for her family.

When the announcement that HBB will be banned was made as part of the circuit breaker measures, it was met with unhappiness and confusion within the HBB community including Rahimah. The fact that other food and beverage (F&B) businesses were allowed to operate with third party delivery services added to the confusion.

Even Mdm Halimah Yacob, President of Singapore, weighed in on the controversy in a Facebook post on 1 May, in which she spoke about ordering festive delicacies from HBB every year in order to support them. The ban was later lifted in time for Hari Raya.

BEHIND THE SCENES
HBB are usually run by women caregivers with children and elderly parents. Working outside is impossible for these women because of their responsibilities and they often do not have the capital to start a registered business. HBB are sustainable due to low costs. They operate year-round but it is during the festive periods such as Ramadan that they become truly profitable. HBB provide convenience and choice, and are an intrinsic part of the community.

When news broke on the HBB ban, SMCCI took the initiative to address the issue head-on as it would affect many families including DEWI members. HBB owners suffered a double blow as many had committed resources and purchased ingredients for pending orders. However, they accepted the need to comply with the measures with the hope that the situation would improve and the government would listen to their feedback.

SMCCI worked with the authorities to find a solution, remaining steadfast in its commitment to its members and the larger Malay/Muslim business community. A portal collating HBB details was set up to assess the impact of the ban, which lay the groundwork for how SMCCI can best support these business owners in terms of logistics, delivery and business management training. The response was overwhelming. By the time the portal was concluded, almost 2,000 HBB owners had registered.

Cooperation and mutual understanding were essential in facilitating an open discussion between SMCCI and the government in order to develop real solutions for the affected HBB. Many HBB were contacted to acquaint them with the various national assistance schemes available.

The assistance covered three fronts: firstly, the HBB’s financial situation. Owners suffering a loss of income could benefit from the Temporary Relief Fund (TRF). Minister Masagos’ announcement that SMCCI-registered HBB would be eligible for TRF was helpful in this regard. Secondly, HBB would be provided free legal support if they are unable to fulfil their commercial obligations. Thirdly, the implementation of support measures to counter the impact on the HBB’s income.

SMCCI advocated with key agencies such as Enterprise Singapore, Singapore Food Agency, Housing & Development Board and the Ministry of Trade & Industry, on restarting HBB with mitigating measures, and received assurance on the easing of restrictions to allow HBB operations to resume in time for Hari Raya orders. Two weeks before Raya, HBB was allowed to resume operations.

INSIGHTS INTO HBB
The data collection exercise revealed that the presence of HBB is bigger than expected, and the demand for HBB products is higher during the Hari Raya period. This was best articulated by President Halimah, a long-standing DEWI supporter. In the same 1 May Facebook post, she said, “It’s not the standard commercial cookies that are on sale everywhere but cookies up to your own taste. So in this way, the home-based business meets an important need of many families celebrating their Hari Raya.” Additionally, she mentioned that she herself looked forward to purchase from HBB after the restrictions were lifted.

A further analysis of the data SMCCI collated from HBB confirmed that owners are predominantly female (88.8 per cent). More than half are full-time housewives supplementing their family income. A sizeable proportion are full-time employees who support family income by monetising their skills outside of their full-time work. Some are part-time employees supplementing their income to better support their families. The majority of HBB are selling food and delicacies compared to those selling products and services. Most HBB have already been in operation between two and five years. There are basically three types of HBB – small businesses to supplement basic income; businesses that have grown to a certain scale but prefer to remain as an unregistered entity; and finally, businesses with aspirations to expand into a registered company.

It should be noted that in its early years under the chairmanship of Mdm Junaidah Tarjo, DEWI moved to legalise HBB in spite of the tough challenges. DEWI approached government bodies, offered talks and encouraged them to be involved in SMCCI programmes. I witnessed this while I was the business editor of the Ekoniaga section at Berita Harian. SMCCI worked with the daily to discuss the way forward for HBB in the presence of President Halimah.

Today, HBB continue to be an important part of SMCCI. However, concerns still remain amongst some HBB owners on whether they would be accepted as legal entities. The Chamber aims to reach out to HBB to address these concerns and help transform them on the digital front through the implementation of contactless delivery and payment systems, as well as in marketing and branding. The response from HBB has encouraged SMCCI to ensure that they are well-supported.

Two cases of HBB that have grown beyond expectations are Julie Bakes and Pondok Abang.

When Julie Bakes first started its operations, owner Mdm Juliana Jahayer was selling brownies and cupcakes to acquaintances during weekends while she was still working in a shipping company. When she was retrenched in 2015, she decided to bake full-time with help from her sisters and daughter. However, the market was already saturated. She then created a niche by baking traditional fusion cakes like her signature ondeh-ondeh cake, which became a huge success till today. She soon expanded her business by renting a shop at Baghdad Street and has been operating there successfully for five years now.

Pondok Abang’s founder, Mr Abdul Rahman Yad Ali, started his business 30 years ago selling curry puffs to factory workers in Tuas to better support his family while working as a refuse truck driver. His wife, Mdm Kalsom Bee, would also prepare food and air katira to be sold during the month of Ramadan. After 16 years, he left his day job to set up his first foodstall selling Chinese rojak. He then opened more stalls, selling both Malay and Indian food. In 2008, he bought the premises at Jurong Food Hub as a supply centre for his stalls. He started manufacturing and supplying food to other stalls.

In 2015, his son, Mr Hasan, developed a strategy to take the company to greater heights with the goal of being the leading value chain halal food supplier. Pondok Abang is now the leading Muslim-owned halal food manufacturer in Singapore.

LONG-TERM PLANS
HBB’s contributions to the economy can no longer be ignored. SMCCI will continue its engagement with HBB to foster an ecosystem and a supply chain offering structured and sustainable growth.

Through the ecosystem and supply chain, SMCCI will provide both the gateway and platform to strengthen SMEs. The gateway will be through the SME Centre for capability development through grants. The platform will be through mothership projects and micro businesses to help create business opportunities for members. SMCCI is currently in talks with Singapore Muslim Women’s Association (PPIS) and AMP to sign a memorandum of understanding to further grow and transform HBB.

In summary, HBB is definitely here to stay. We aim for HBB to grow and transform into full-fledged businesses and look forward to greater participation from HBB to work with SMCCI for the plans to be effective and successful. ⬛

Fadilah Abdul Majid is the Vice President of Singapore Malay Chamber of Commerce & Industry (SMCCI), and the Chairman of its own women’s arm, DEWI. She is also the Managing Director of beauty and wellness outlet, SpaJelita.