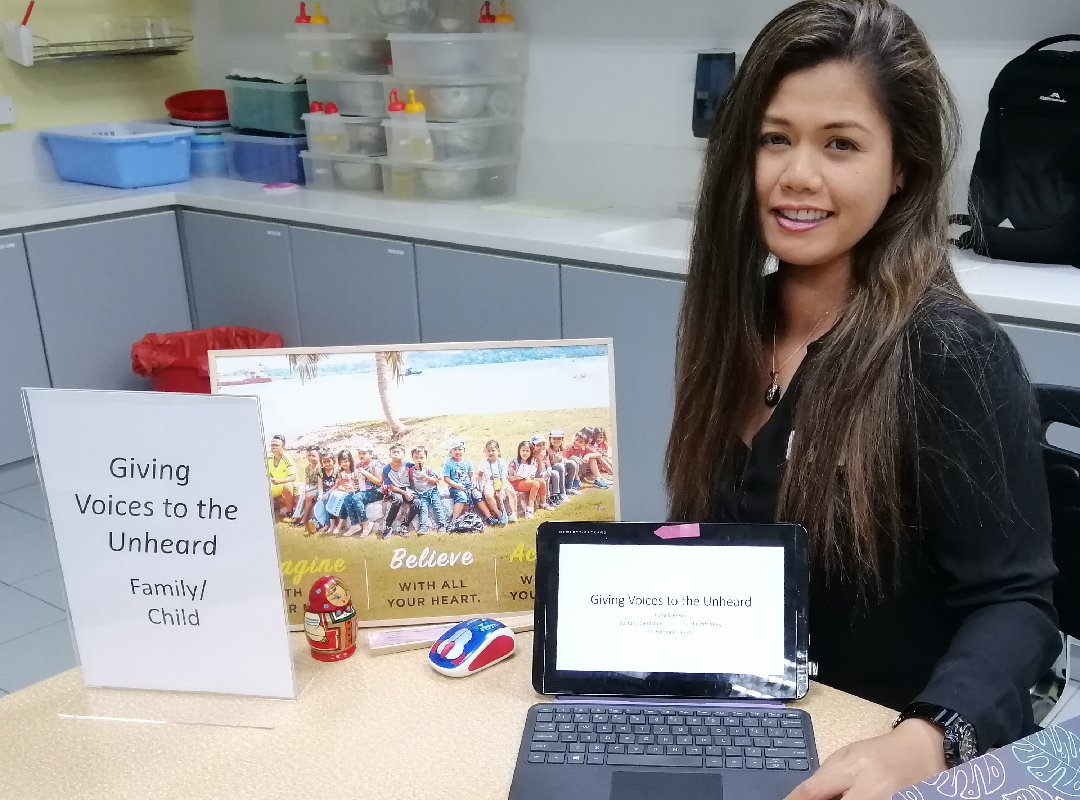 Due to its large and diverse population of migrants, New Zealand has been described as a ‘superdiverse’ country with a quarter of its population born overseas. According to Stats NZ’s latest census[1], there are over 160 ethnic groups living in the country. As the country becomes increasingly diverse, the government is working towards a more inclusive New Zealand through its policies and activities to support social cohesion and social inclusion.

For Hana Saemon-Beck, 36, her passion has always been in inclusion, equity, and diversity. She founded two non-profit organisations, which cater to the disabled and ethnic minority communities, with the hope that they don’t feel isolated from the larger community.

Hana spoke to the Karyawan team about how her experience in Singapore helped her to delve into community work in New Zealand.

Q: Could you tell us more about yourself and your family?
Hana: In New Zealand, it’s just me and my husband. My husband is a New Zealander who works in the army as an IT engineer. There are also my in-laws who live a few hours away from us. We don’t see each other that often but we do travel, fly or drive to see them. I also have four cats which I consider my family.

Q: What made you decide to move to New Zealand?
Hana: It was exactly ten years ago when I decided to move to New Zealand basically for an adventure. I wanted to find a way to gain some knowledge and at the same time, look for an adventure. So, I decided to embark on a PhD programme, which was an extension of my Master’s degree. I chose New Zealand for a few reasons and one of them was that they offered very attractive fees for international students to do their PhDs. I particularly chose Christchurch instead of Auckland because I wanted a very different experience living in a big city that is not similar to Singapore. Then I decided to stay because I have made New Zealand home, formed friendships, and have a close group of friends whom I consider my family.

Q: What drew you to become a Community Activator? What does your job entail?
Hana: There were two things that drew me to the job – being able to empower the community and look at ways that for-profit organisations can help and utilise their expertise in helping community groups. The job requires me to manage stakeholders and projects, and engage our clients and the community. An example of a project I managed was building a small studio for a 60-year-old blind and deaf artist who did not have a place to do his art. A community group called the New Brighton Community Garden managed to get some funding and came to me for help. I utilised my contacts through my company to ask for concrete supplies at a discounted price, and asked Subway for free food for the volunteers. The whole community, together with different organisations, got together to have the studio ready before winter. Over the last one year or so, I have organised about 17 of such events, about once every month. I know it doesn’t sound like a lot, but it does take a lot of work to call for volunteers, to plan the event and tap on our resources instead of buying things.

Q: What kind of challenges do you encounter in your line of work?
Hana: I have to be thick-skinned in asking for free things, for their time on a weekend to plant trees and do a lot of heavy lifting. I would say that would be the biggest challenge for me at work. But having said that, one thing I like about the local people here is that they are very passionate so it is not that difficult to find volunteers. It’s just amazing and I’m always surprised at the number of people who turn up every time I organise an event. Two weeks ago, I had a tree planting event in mid-winter, while it was freezing and raining. I didn’t expect many people to turn up but we had 45 volunteers to plant about 170 trees in a span of 1.5 hours!

Q: What do you hope to accomplish through the organisations you founded?
Hana: I have always been passionate about ensuring that things are accessible and there are opportunities for people. Through Adaptive Archery, I wanted to make archery accessible to all and provide the same opportunity to children with disabilities as they are often unable to participate in sports. Archery is perfect for them because it is adaptive, and we can easily make modifications to the equipment so that they can enjoy the sport without feeling isolated or different. As the diversity and inclusion advisor for the Christchurch Archery Club and a board member of Archery New Zealand, I have advocated for the inclusion of special needs individuals and for them to have their special categories in national competitions.

AMWA provides representation and visibility to ethnic minority communities, especially ethnic minority women who are not born or did not grow up in New Zealand. At AMWA, I have a group of women from migrant backgrounds and most of them don’t speak English. Apart from language, they also struggle with the cultural differences. I help them understand the local culture better and also share my experiences of the challenges that I faced, so they know they are not the only ones experiencing them. What I hope to accomplish is for people to not be isolated, that they are included so that they feel that this is home to them regardless of their abilities, skin colour, language, and so on. Most importantly, I hope for us to be more visible to the rest of New Zealand, which is predominantly made up of those of European ethnicity.

Q: What were some of the challenges you’ve faced while working and living overseas?
Hana: I think one of the challenges that I faced was finding a job. Finding a job in New Zealand was difficult because I’m an ethnic migrant woman from a minority community. People might not know much about me as they always think that Singaporeans are Chinese and obviously, I am not. To add to that, I am a Muslim but I don’t wear the hijab. They can’t pronounce my original name, Nur Farhanah correctly so I had to change it to Hana officially. People here are not outwardly racist, but racism and discrimination do exist. It took a long time for me to secure my current job. It’s not just me as a lot of migrants are facing the same issue. If you are not of the majority race, I think you will find it a lot more difficult.

Q: How different are the culture and lifestyle in Christchurch compared to Singapore?
Hana: People here are so relaxed. They like to volunteer and always do so. I think it’s because they don’t have their immediate families here. People form close friendships with each other and join many community groups through which they give back to the community. That’s what I love about New Zealand. If you are a parent and you need to pick your kid up from day care, your boss won’t ask you why you need to leave work earlier. It is more flexible and has better work-life balance compared to Singapore.

Q: How has your experience been as a minority Muslim woman living in Christchurch?
Hana: I think the biggest struggle is when you have company dinners and there’s no halal food. So you have to live with vegetarian food. Other than that, it has never been difficult for me as a Muslim woman in Christchurch. I am different from them but I don’t wear the hijab so they don’t see me as that much different from them or find me ‘scary’. In fact, after the March 15 attacks, people are becoming more open towards Muslims. The incidents have opened up conversations among non-Muslims to help them learn more about Islam, to understand why Muslim women wear the hijab, and so on. In the whole of New Zealand, I think only about 1.3% of the population are Muslims but it’s a growing number. While there isn’t a large Muslim community here, there is a strong Muslim community.

Q: What have been the highlights of your career or life in New Zealand so far?
Hana: The highlights include starting two new organisations and getting a community service award – it’s a public award given by the local government to people who have done amazing things in the community. I’m so thankful for that as I represent ethnic minority women who are immigrants and I hope that this will inspire others. I think that’s one of the highlights of my career – getting an award and recognition for what I have done in the community. The best thing for me is that I made a difference in a lot of people’s lives, seeing them happy and having increased accessibility. Winning awards is great but changing people’s lives, I think, is even greater.

Q: What is your advice to Malay/Muslim youths who aspire to work and live overseas?
Hana: My advice is to let go of your expectations. I had a very good job in Singapore before I came to New Zealand, and I would have excelled in my career if I had stayed in Singapore. But instead, I took a step back in terms of my career pathway. So for those who want to come to New Zealand specifically, do your research and be willing to make sacrifices. Another advice is to just do it. If you don’t like it, you can always go back. ⬛

Nur Diyana Jalil is an Executive at the Centre for Research on Islamic and Malay Affairs (RIMA), managing its social media, events and publications.