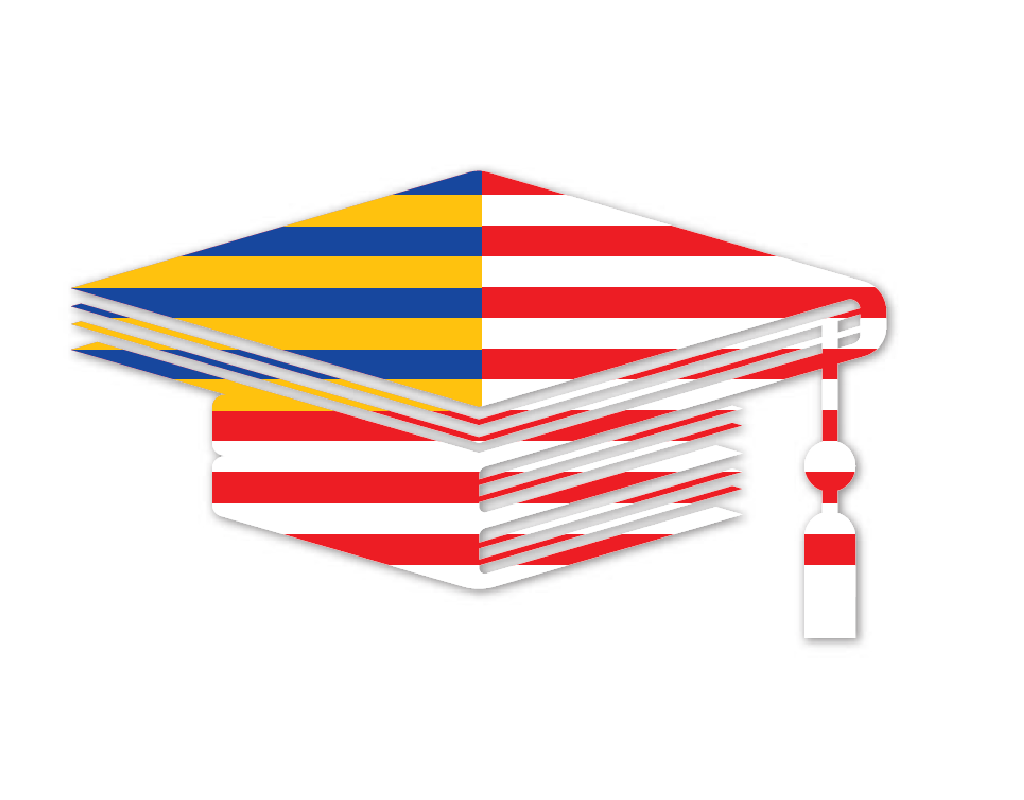 The growing pains of political transition after a general election is a common occurrence in many societies. Malaysia is no exception. A year after the overthrow of the Barisan Nasional (BN), the more “democratic” coalition of Pakatan Harapan (PH) is not without its harsh critiques. There are rising tensions due to PH’s capitulation to far-right Malay/Muslim sentiments.

Most worrying are the slumbering reforms in the education sector, which are seen to be increasingly basted by racial and religious undertones. Malaysia is made up of a dominant majority who are struggling to assert themselves. 61.7% of Malaysia’s population are Muslim. The remainder consists of the Chinese, Indians and other indigenous minorities.

According to the constitution of Malaysia,100% of the Malays must be Muslim. Yet, the ongoing discourses in the media, educational institutions, parliament and civil society groups highlight consistent messages. These are bellicose appeals to “stop insulting” Muslims, the need to “protect” Islam from Shias and Christians, and the “threat” to national security. There is an overwhelming feeling of insecurity among Muslims in Malaysia.

A small percentage of progressive Malay- Muslim and non-Malay intellectuals remain in conceptual oblivion. This is apparent in the realm of Malaysia’s spiralling education crisis. Their noble attempts to highlight the root causes for the failure of education have eluded political leaders. This is due to the shrinking of an intellectual spirit among Malaysians. This is the very spirit that propelled the 9th century Muslims to establish Islam as an inclusive and progressive civilisation. Instead, the situation in contemporary Malaysia, according to sociologist Syed Hussein Alatas, is one of “intellectual indolence” (Intellectuals in Developing Societies, 1977). There may be individual pockets of intellectual activity, confined to the universities and civil society, but, as a collective, institutionalised and “assiduously promoted activity”, there is a failure to discuss vital themes. To illustrate this point, let us look briefly at Islam’s “golden age”.

ISLAM’S “GOLDEN AGE”
Islamic history is rich in progressive ideas that encouraged inter-religious dialogue and inter-communal mingling. Muslims experienced centuries of intellectual development, in the natural and social sciences, the arts and humanities. The civilisation of the Abbasid Caliphate (al-Khilafat al-‘Abbasiyah, 750-1258 A.D.) fluorished with institutions of higher learning that spread throughout the Islamic world. They are among the oldest in human history; the oldest university on record, for instance, is Ez-Zitouna University. It was established in Tunis, in 737 C. E. Well-known sociologist and philosopher, Ibn Khaldun, is among its notable alumni.

Through the 11th and 12th centuries, institutions of higher learning mushroomed all over the Muslim world. These were centred in Baghdad, Damascus, Cairo and Cordoba. Towards the end of the 12th century, however, intellectual progression into modern science, social science and humanities became restricted. This was not a result of geopolitical events alone (i.e. the Mongol invasions). Actual reasons were already inherent in the restrictive ideological worldview nurtured by political, cultural and psychological conditions prevalent among late-Abbasid leadership. It was fueled by the decline in the intellectual spirit, an ongoing trend in the Muslim world today.

EMERGENCE OF INTELLECTUAL INDOLENCE
Towards the latter Abbasid period, there was a zealousness of political and religious authorities to suppress the freedom of experimental ideas in the natural, religious and philosophical sciences. It resulted in the unsustainability of knowledge production. There was a gradual rise in religious intolerance which led further to the decline in intellectual activity. Muslim leaders manipulated dogma to justify an extravagant and arrogant elite class, fed by corrupt administrators. One such leader was Abu Ali al-Hassan al-Tusi (1018-1092), also known as Nizam al-Mulk.

Nizam al-Mulk, the grand vizier of the Seljuq dynasty, was the driving force behind intellectual inertia. He created  a system of education known as “Nizamiyah” that focused on religious studies at the expense of independent inquiry. For the first time in Islamic history, Islamic studies became institutionalised and was seen as a more lucrative career path. Previously, sciences and Islamic law were intertwined. It was evident that al-Mulk’s worldview was in stark contrast to previous leadership. Nizamiyah was anti-Shia, in favour of a narrower, ego-centric Sunni theology. His political ambitions rendered universalism and inclusiveness irrelevant. His policies promoted a repressive, despotic leadership which interpreted Islam to suit nefarious desires to remain in power, at all cost.

EDUCATION IN MALAYSIA
In the case of Malaysia, the vital theme of the decline of the quality of education needs to be approached critically. The intellectual spirit to deconstruct education failures from every possible angle, would be the best approach. This includes consistent discourses on the politicisation of race and religion in the school system. It would also include honest methodological approaches to re-interpret Islamic history and the role of institutions. After all, education policy in Malaysia is rooted in its constitutional provisions of Islam as the state religion. However, skewed interpretations of Sunni Islam based on Wahhabism and Salafism have seeped into the school curriculum as well as the general public domain. It reinforces an ideological backwardness, within an intellectual vacuum. This vacuum has been filled with ideas that Shia Islam is deviant and that Shias should be “wiped out”. They conveniently or unknowingly omit discourses on the false interpretation of Sunni Islam by opportunistic religious leaders.

Discourses on Sunni Islam as represented by the Saudi Wahhabis, remain silent, despite overwhelming evidence of the moral indignation of the leaders of the House of Saud. The economic, social and political crises prevalent in most of the Multiculturalism and multireligiousity in Malaysia are concepts which have been pushed to the forefront of daily political and popular discourse. However, calls for multi-racial and cross-religious harmony (i.e. “unity in diversity”) have become clichés. Although there is increasing “unity” rhetoric mouthed by school children and university students, racial and religious harmony has declined.

Three cases in Malaysia’s recent political development reveal that our education has failed to foster unity in diversity. In December 2018, a mufti of a state in the north was grilled on Shia and Sunni Islam, by the Human Rights Commission of Malaysia’s (Suhakam) inquiry into the disappearance of an activist accused of practising Shia Islam. His stand was that Shiism is a threat to national security. He was merely parroting the political Islam of extremist groups such as ISIS and ISIL, which operate in an entirely different Muslim environment, with an entirely different historical experience. Yet, this mufti has a strong following, where millions of rural and urban Malaysian Muslims support banning books, articles and scholars that portray Shiism objectively, within a historical context.

In January 2019, a by-election was held in the Cameron Highlands constituency. The issue that had been cropping up is whether the position of Islam and the Malays is under threat, since last year’s general elections. This narrative has lingered because PH consists of a coalition of 4 parties, one of which has been branded a “Chinese” party (the Democratic Action Party, DAP). The politics of identity has reverted to the centre stage of the political landscape. Malay Muslims fail to understand causation in the context of social change. If the intellectual spirit was alive, Malaysian academics would be feverishly churning out research and popular writings to extol the benefits of inter-communal understanding. In the process, the link between race and the failure of good governance would dissolve. Attitudes of Islam’s golden age could be re-ignited, making full use of Malaysia’s fertile mix of races, cultures and religions.

In May 2019, the NGO Gerakan Pembela Ummah (Ummah) organised a rally to “defend the sovereignty of Islam”. This was to protest against Malaysia’s ratification to the Rome Statute of the International Criminal Court (ICC). Demonstrators held placards supporting a certain “crown prince” and other royalty. Opposition to the Rome Statute was based on the narrow understanding of a constitutional monarchy. The Federal Constitution of Malaysia posits that the royalty safeguards Islam and the interests of Muslims pertaining to religious matters. Matters pertaining to governance and politics are outside the purview of the royalty. Since Malaysia’s official religion is Islam, accession to the ICC would subject the royalty to a higher, external juridical process, should the need arise. However, the public’s dramatic outpouring of feudal emotions became entwined with desperate calls to “defend” Islam. The entire issue became heavily politicised with racial undertones, obscuring the original fact that the ICC was an instrument of justice, upheld by Islam.

The socio-political tensions in Malaysia are due to the failure of the education system to encourage the intellectual spirit. It has resulted in the “closing of the door to ijtihad”. Universities do not engage in research aimed at de-politicising race and religion. Backlashes against this are confined to superficial narratives rather than independent analyses using universal concepts of ethics grounded in Islam. A politically-matured Malaysia can flourish under the new PH coalition, provided it is nurtured by the intellectual spirit. ⬛

Dr Sharifah Munirah Alatas is an academic at the National University of Malaysia. She is also an active member of G25, an NGO committed to a moderate, multi-racial Malaysia through Wassatiyah and Maqasid. In addition to her academic work in geopolitics and international relations, her popular writings critique socio-political and religious currents in Muslim societies. She can be reached at peanutminat@gmail.com.