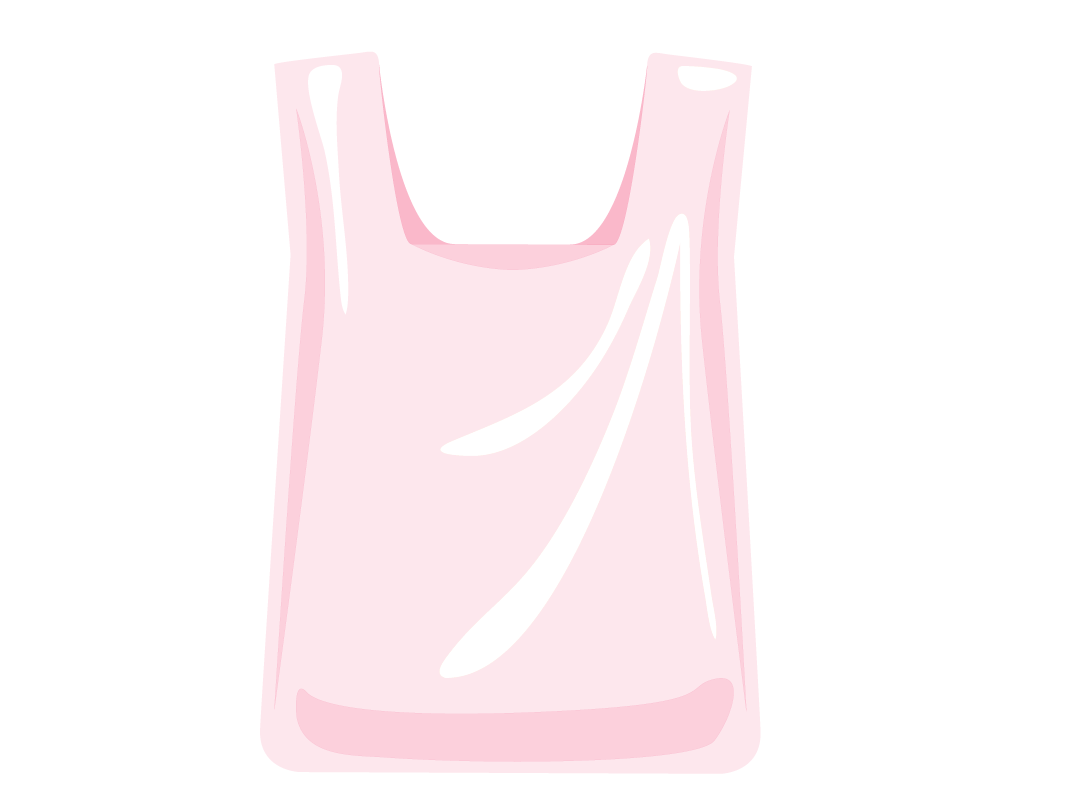 From mid-2023, major supermarkets in Singapore will be required to charge at least 5 cents for a disposable carrier bag[1]. The rationale goes beyond the need to reduce single-use plastic waste; producing plastic bags itself is resource-intensive. Reports suggest that approximately 37 million kilograms (kg) of crude oil and 12 million kg of natural gas have gone into the production of three billion plastic bags, all of which were used by Singapore residents in a year[2]. In the macro scheme of climate change and other environmental challenges, these immense extractions of fossil fuels and production of carbon emissions for an item that very quickly finds its way to landfills, incineration plants, or worse into the ocean, are certainly wasteful.

Yet, the use of disposable bags is a systemic issue. As I had mentioned in a previous commentary[3], rubbish chutes, which have been a means of ensuring “proper” waste disposal and hygiene in HDB estates and private apartments, are now the Achilles’ heel of Singapore’s domestic waste management efforts. It is not uncommon to hear the man in the street talk about how he “needs” plastic bags to dispose his rubbish. Indeed, what has worked well in the first 50 years of Singapore’s development, may not work for the next 50 years.

Before I belabour about the systemic issues, I would like to highlight possible scenarios that could occur by adopting a bring your own bag (BYOB) policy in supermarkets. The first scenario is convenience trumps all, where consumers struggle to work through the changes, with some resorting to convenient alternatives. The second scenario is what I call the ALDI experience, i.e. a German supermarket chain that has effectively implemented its reusable bag policy in its domestic and international outlets. I then conclude this article with some thoughts on what else needs to be done in Singapore’s attempt to be plastic-lite, if not plastic free.

SCENARIO ONE: CONVENIENCE TRUMPS ALL
In this scenario, consumers prioritise convenience above all else. As a result, they do not understand, or worse, prefer to ignore, the significance of bringing their own reusable bags. Rather, they perceive it as an inconvenience to their shopping routine. While some may bite the bullet and pay the additional charge for plastic bags, others may opt for online grocery shopping, which would circumvent the charge on plastic bags. With online shopping having gained traction since the beginning of the COVID-19 pandemic, consumers now have several options to choose from, ranging from online stores of the major supermarkets, online marketplaces such as Shopee Supermarket and RedMart, to neighbourhood minimarkets and convenience stores, many of which have an online presence via delivery apps such as Grab and foodpanda. Whichever platform that is chosen, the result is largely the same – limited curtailing of the use of plastic bags.

That said, it is worth noting that the online grocery shopping experience is largely limited to a specific section of society; individuals who are computer-savvy and have access to digital payments. Senior citizens, for example, would still likely patronise the supermarkets, given the convenience for them to do so; a chance to get out and about, and the liberty to choose the best produce available on the shelves, and take advantage of their weekly senior citizen discounts. Households that are often recipients of supermarket vouchers would also continue to patronise the major supermarkets. Ultimately, it is the most vulnerable sections of society that are most compelled to adapt to the new rules on disposable carrier bags; more out of necessity rather than increased environmental consciousness. Those with the means would have the privilege of living in their convenience bubbles.

SCENARIO TWO: THE ALDI EXPERIENCE
The second scenario is the ALDI experience, which demonstrates how a disposable bag-free shopping experience is possible. As someone who has lived in Australia and Germany for several years, I have personally experienced this – both as a struggling graduate student and homemaker respectively.

In Germany, it has become the norm to see shoppers bring their own reusable shopping bags to the supermarket, or even store their purchases in their backpacks. In the event a shopper forgets to bring a bag, there has been, until recently, the option to purchase a biodegradable plastic bag for about 20 to 30 cents, which costs more than the proposed 5 to 10 cents in Singapore. In fact, in 2018, ALDI took a further step by announcing that it would discontinue the sale of disposable carrier bags. This has thus left shoppers with the option of either purchasing a reusable cloth bag for 1 Euro or making a conscious effort to bring one’s own bag. Opting for the latter often constitutes minor lifestyle adjustments, such as planning designated days for grocery shopping and permanently placing reusable bags in their car or in their handbags for ad-hoc purchases.

Another, rather more informal, option in some German supermarkets is reusing carton boxes that are found within the supermarket. For example, in ALDI, it is not uncommon to see some shoppers picking a cardboard box found at the collection point for recyclable paper products to carry their groceries home.

This brings me to another point, whereby the use of reusable bags is reinforced through complementary recycling services. Most notably, major supermarket chains in Germany are equipped with the Pfand deposit system, whereby used aluminium drink cans, glass bottles, and single-use plastic bottles can be traded-in for 15 to 25 cents per item and used as a voucher to offset grocery costs. These Pfand machines are located at the entrance of supermarkets, therefore making it a seamless process for shoppers to deposit their used bottles (often carried in their reusable bags), collect their Pfand vouchers, and proceed with their grocery shopping.

Banning disposable carrier bags is only the start of more to come. With its success in implementing a BYOB culture, ALDI is now taking a step further by substituting their plastic bags for fruits and vegetables with knot bags made from renewable raw materials, and charging a symbolic 1 cent for every bag[4]. As for Australia, in addition to the major supermarkets’ ban on plastics, the nation’s federal states have progressively implemented a ban on single-use plastic for all retailers – starting with South Australia in 2009, and New South Wales (NSW) being the last state to do so this year[5]. NSW will expand the ban on single-use plastics in November to include straws, coffee stirrers, cutlery, plates, cotton buds, polystyrene cups and containers, and cosmetics containing plastic microbeads. These efforts to phase out single-use plastics have, of course, not been without resistance. Some small business owners in NSW have criticised the government of providing late notice of the ban and inadequate public education programmes, thereby leaving little time for businesses to purchase alternative packaging[6].

In addition to these teething issues, the results of single-use plastic bans are mixed. According to Australia’s National Retail Association, the supermarket ban on plastics has led to an 80% drop in plastic consumption nationwide[7]. That said, the sale of plastic bin liners has dramatically increased, as seen from a government review in South Australia. No doubt this would be the case for hygienic disposal of domestic waste. However, a UK study has suggested that these heavier bin liners are actually worse for the environment than the lightweight single-use bags[8]. Given these circumstances, it would seem that the jury is still out as to whether a plastic-lite society is possible.

THE MISSING PIECES TO THE PLASTIC PUZZLE
To be clear, a ban on single-use plastic is only one part of a holistic set of solutions to our plastic addiction. In fact, in the new normal, we have seen a rise in plastic and medical waste, primarily in the forms of COVID-19 test kits, masks, and disposable food packages from food deliveries. This thus raises the importance of addressing systemic challenges. One of which, as I had alluded to earlier, is our urban waste management systems. Conventional rubbish collection still requires durable plastic bags to ensure hygienic disposal, and recycling has yet to be at an optimal level. In Singapore, not only is the recycling of household waste at a dismal rate of 13%, items that are placed in recycling bins are often not washed or decontaminated, which then contaminates the other material in the respective bins[9].

Composting as an alternative method of rubbish disposal would potentially reduce the waste that ends up in incineration plants and landfills but has yet to be a practical option for apartment dwellers. Implementing a community-led composting initiative will need much deeper planning in making composting part of everyday life. Tampines Hub is perhaps a microcosm of what we can expect to have; food waste from the food court is composted in digestors and used as fertiliser for the rooftop community garden. Produce from the garden is then harvested to create meals for senior citizens at the care centre. In this regard, waste is not simply disposed, but recycled and repurposed to support other social and environmental sustainability needs.

As for plastics, it is crucial to think about them in the context of the circular economy. There are already successful examples of upcycling plastics into other useful materials such as fabrics, and materials for insulation, construction, and roads. In addition, there are also processes to convert waste plastics back to their raw material, oil, which can then be used as a source of fuel[10]. Despite the availability of such technology, it ultimately boils down to whether companies are keen to invest in them, price-points remain affordable for consumers, and governments are willing to incorporate this mammoth task into their developmental plans.

There is no doubt that pursuing a plastic-lite society in an urban setting would require us to “give up” conveniences that we have long been accustomed to. But these minor inconveniences are nothing compared to the inconvenient truth of climate change and environmental degradation that many choose to ignore. ⬛

Sofiah Jamil is the co-founder of Hornbills: Concepts and Communications, a boutique public relations and research consultancy. With more than 14 years’ experience as a political analyst, she has turned to entrepreneurship to create greater impact in human and sustainable development matters.