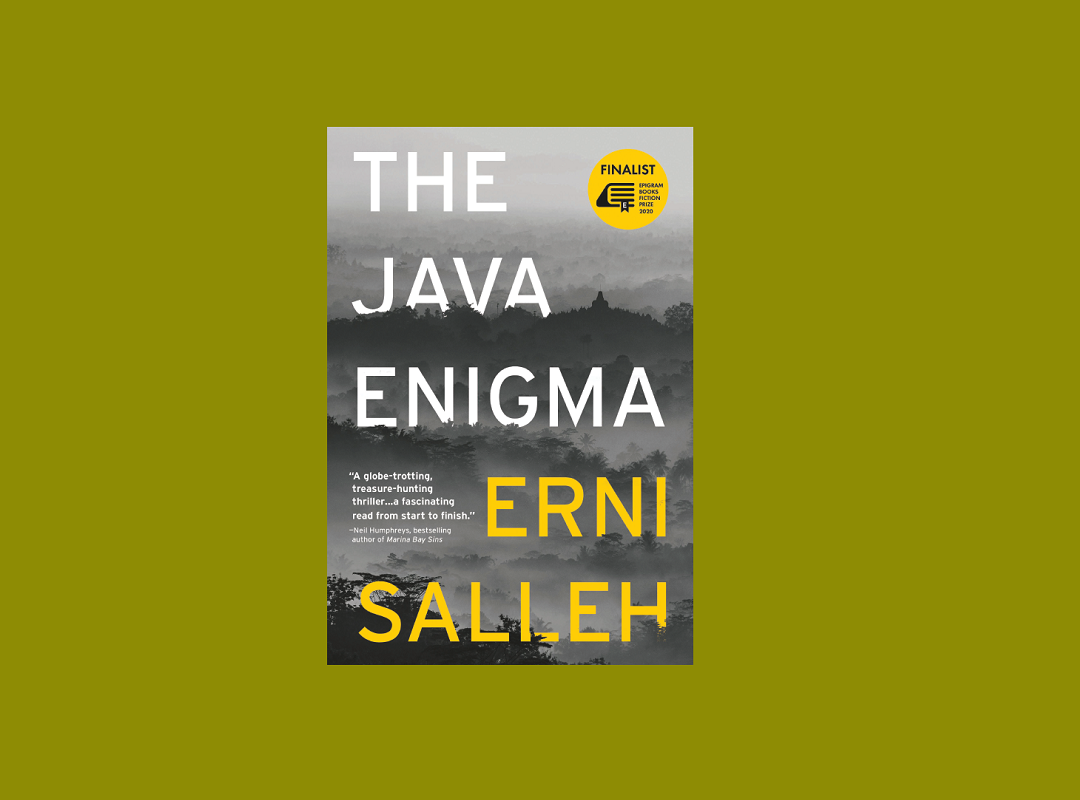 I have always had a longstanding fascination with old things – illuminated manuscripts, ancient artefacts, monuments from past centuries and millennia, pen and ink, and languages spoken by peoples from a time long past, some already lost and many in danger of being forgotten.

This fascination has always stemmed from the way knowledge is passed, appropriated, altered and developed from one generation to the next, how it stacks up to form the collective identities and realities that we live in today, how it connects us beyond the boundaries of modern nationhood and national borders, and the surprising places that we may trace ourselves to as people.

For Malay/Muslims in Singapore, a good part of our history involves voyages and sojourns that connect us from island to island in the Archipelago, and one that is also tied to (then and now) global polities and economies, and the indefatigable spread of diverse religious thoughts and practices.

All of these are aided by the natural ebbs and flows of the sea, and the Southeast Asian region’s famously regular and predictable monsoons. Our own language is one upon which tongue bears the salt of the waters that had carried it, and the mark of other linguistic influences, such as Sanskrit and Arabic, just to name a few. Therefore, everything about the region – its people, language, belief systems and monuments – is ripe with material for fiction, whether speculative or historical, thrilling or mysterious, romantic or tragic.

Thus, I was especially thrilled when Erni Salleh and her book, The Java Enigma, came through as one of the finalists in the 2020 Epigram Books Fiction Prize. Early and later reviewers likened the book to other mystery-thriller novels involving submerged histories and protagonists chasing clues embedded in historical sites and artefacts such as The Da Vinci Code by Dan Brown. They also highlighted the boldness with which the novel foregrounds Southeast Asian history and its ancient monuments.

The protagonist, Irin Omar, is a UNESCO librarian who is introduced in the novel aiding a conservation team with cataloguing the many reliefs on the structures that make up the famous Borobudur Temple compounds following the many damages sustained during an earthquake in 2017.

She finds herself running headlong into adventure upon receiving news that her beloved seafaring father, or Ayah, has died and that he has left her, as Ong Sor Fern writes in her own review of the novel, a “cryptic puzzle” in the form of a combination lock[1]. This then leads her to an ancient map of the region printed on paper that “appears to be of Chinese origin” that predates the earliest European cartographical data[2].

Her investigations to uncover the secrets behind the map take her across seas and borders, travelling between Southeast Asia (namely Singapore, Malaysia and Indonesia) and Europe. In the process, she finds herself trundling deeper into her family’s secrets and tracing the vestiges of her father’s life, adventures and, perhaps in a way, his philosophies about the world and navigating one’s way within it.

She is joined and aided in her quest by Noah Bootsma, her father’s old captain and long-time friend, and the tall, rugged and rather grumpy ‘drama’s main-man’ figure, Frederick Nagel.

Based on the above descriptions alone, we can see that travel and movement are prominent motifs in the novel. Much of its plot progression depends on them just as its underlying philosophy is derived from the central concept that much of what we know and have today stem from the confluences of cultural and material products that have come to this region from many different sources and places.

Apart from the transnational travel that we see Irin embark on, we also see a more familiar movement across the Causeway – where many Singaporean Malays reside – when Irin goes to Kampung Melayu Majidee to search her father’s belongings in his Johor house for clues.

In the Singaporean context, the novel also references her childhood movements from an old HDB flat in Stirling Road, to Choa Chu Kang, before settling in Clementi, its modernity earmarked by the memories of Irin and her younger brother, Daniel, lying on the floor of the flat, enjoying the cool blast from the air-conditioning unit for the first time.

Irin’s paternal grandparents were initially from Pulau Bukom, some of the many islanders who found themselves relocated to the main island as part of the government’s resettlement and developmental projects between the 1970s and 1990s[3].

The fluidity of these micro or personal movements are particularly interesting especially when we think about the same fluidity of movement that existed between the islands of the Malay world in early history. The novel emphasises this tradition of ‘merantau’ in early Malay society, and the rich and advanced maritime heritage that facilitated it.

We can see an instance of this when the protagonist considers the carving of a “[n]ot Chinese, not European” boat on the Borobudur:

It is our people who had built this ship back in the eighth century or even earlier. And if my recall of history served me right, this vessel probably followed the spice route from Java all the way to Madagascar, leaving some of its sailors to settle down so far away from home.[4]

Moments like these in the novel are particularly exciting to me as they ignite the imagination, conjuring images of vessels and sails cutting waves, and of navigation and lands spotted and found.

It also reiterates the existence of a far more nuanced and mobile society, instead of the static image of a languorous fishing village that, in every nationalistic telling, seems to have been stumbled upon as one might find a lone sock in the back of the washing machine!

Furthermore, the novel gives insights into how movement and travel also play an important part in the manner religious beliefs are spread, or how they evolve and become an integral part of life in Southeast Asia. Much like its believers, religion is not static, and draws much from the cultures of the society that it finds its way to.

For a Malay reader, this novel brings with it familiar experiences, most notably in the way the Malay language is used in dialogue. It is incorporated seamlessly within the novel with characters and the novel itself code-switching with ease between Malay and Standard English.

When Malay is used, it is often between family members such as at the start of the novel when Irin’s stepmother calls to inform the former of Ayah’s death:

Or between members of the same language, family or community like the scene when Irin converses with a taxi driver in Johor:

This being said, there is also familiar ground for me personally when conversations between Irin and Daniel are conducted in English. It is reminiscent of how, while I can converse fluently in Malay with my parents, makciks and pakciks, the primary language of conversation between my siblings and I is still English – much to the chagrin of our parents.

There are also ‘nod-nod-wink-wink’ moments in the novel where the inherent diversities within and between the Malay communities are expressed and explored, especially when the taxi driver in Johor shows an interest in Irin’s ethnicity:

“You Javanese?” That’s the other thing with Southeast Asians. It wasn’t enough to know your nationality, but your ethnicity was a crucial marker as well. For years I had insisted that I was of Javanese descent, as the taxi driver was suggesting. I had the name, the face and the mannerisms of my maternal grandmother, who hailed from Solo, Yogyakarta. But my fiery spirit and the need to wander and explore the world came from my paternal grandfather, a man of Bugis origin but raised in a Baweanese family – combining seafaring prowess with the thirst for adventure. [7]

Any Malay in Singapore can admit to having this conversation before, whether with others in the community or with themselves. It is a nod towards the reality that the Malay/Muslim community in Singapore is not a monolithic identity and that our ethnic heritage – Javanese, Baweanese, Bugis, even Arabic, Chinese, and South Asian – is the complex tapestry that we wear, proudly and gladly, today.

To conclude, The Java Enigma is a delightful and well-researched work of literary cartography where form, concepts, motifs and content work together to create a cultural map of the Southeast Asian region, its history and communities.

Reading it, I feel serendipitously and serenely represented, for I seem to have discovered, in the words within, the scenic route on a navigational map back home. ⬛

Dr Nuraliah Norasid is a writer and literary arts educator in Singapore. She graduated with a PhD in English Literature from Nanyang Technological University. Her thesis looked at the conceptualisation of marginality through the medium of literacy, creation and revisionism. The creative portion of that thesis has since been published as the novel, The Gatekeeper, which won her the Epigram Books Fiction Prize in 2016. She is currently working on a new novel and enjoys quiet pursuits such as reading, penmanship and stamp-collecting.