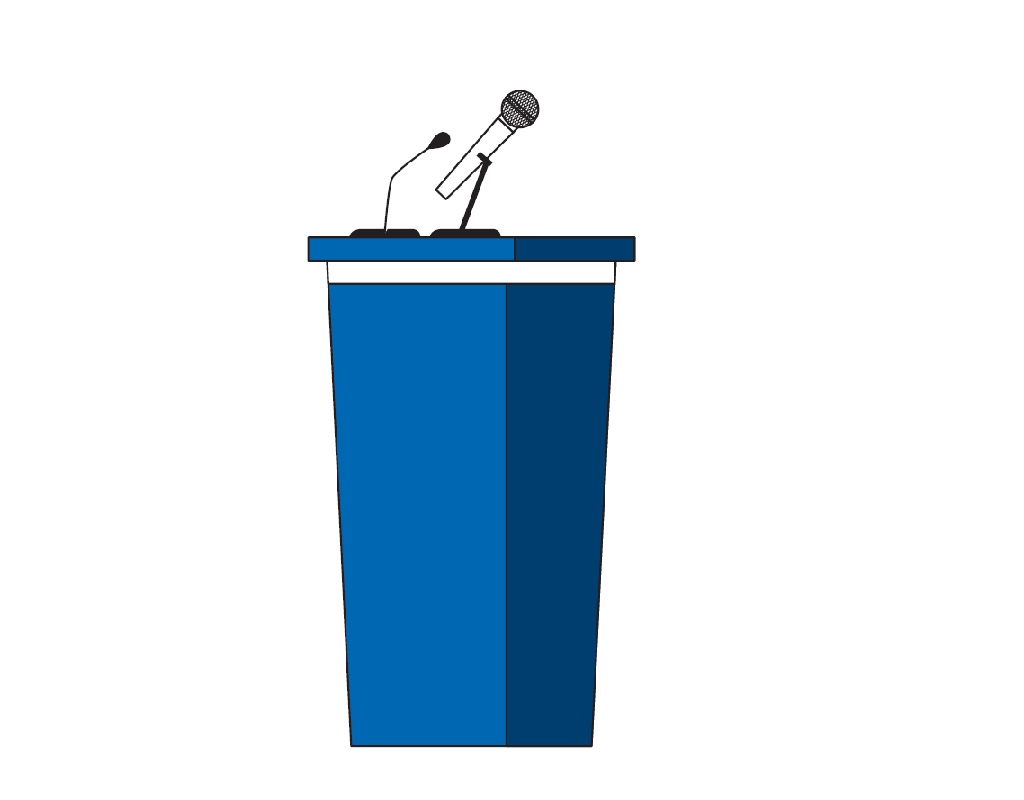 Judging from responses on social media, Prime Minister (PM) Lee Hsien Loong’s National Day Rally (NDR) Speech 2018 was well-received this year, compared to last year when a number of commentators in mainstream and social media suggested he left out some pressing issues affecting the everyday life of the average Singaporean.

A GLOOMY GLOBAL ECONOMY OUTLOOK
At the start of his speech, PM Lee gave an overview of the global economy, painting a somewhat worrying picture of it. The current and emerging trade and geopolitical tensions do not augur well for a small and open economy like Singapore which is heavily dependent on multilateral trade. The escalating rhetoric from the United States (US) and China is fuelling concerns of a protracted strain on the international system.

For the laymen, the primary concern is about the implications that this disquieting global trade situation will have on things that matter to them, like employment. Earlier this year, the Monetary Authority of Singapore’s (MAS) forecast gave cause for optimism: job market will remain resilient. It said the labour market conditions are improving based on a broad range of indicators like reduced retrenchments and falling unemployment rates. However, the picture painted by PM Lee raises doubt about how sustainable this scenario is.

HEALTHCARE
A recent healthcare issue that was debated, including in Parliament, is the CareShield Life, a revamped version of ElderShield. In his speech, PM Lee described the scheme, which will start in 2020, as a “good deal” as the Government will be providing subsidies on the premiums for lower and middle-income families.

The scheme, which is compulsory for those born in 1980 or later but optional for those older, will pay out significantly more than Eldershield $600 a month instead of $300 or $400, and lasts a lifetime instead of six years.

A criticism levelled against the scheme is the differentiated premiums between genders. In response to questions by Members of Parliament (MP), Senior Minister of State for Health Amy Khor, citing both local and international statistics which showed women’s longer life expectancy and their likelihood of staying disabled for a longer time than men, argued that it thus made actuarial sense.

Opposition MP Sylvia Lim expressed concerns about the stringency of the criteria for making a claim. To be eligible to do so, a person must be assessed to be unable to perform at least three activities of daily living (3-ADLs). She argued that, it would exclude disabled persons facing high medical and care costs and that, by the time a prospective claimant reaches such a stage, he may require nursing home or full-time care. She called for a review of the 3-ADLs test, suggesting that it be lowered to 2-ADLs. Those born between 1950 and 1959 received a healthcare boost with PM Lee announcing the new Merdeka Generation Package in recognition of their contribution to Singapore’s remarkable economic ascent.

The initiative is especially welcomed as ageing takes its toll on the labour force. The share of those aged 60 and over in the resident labour force rose substantially from 6.1% in 2007 to 14.0% in 2017[1]. In terms of the earning potential of this age group, it is worth noting that they are overrepresented in the production and transport operators, cleaners and labourers category at 34.6% compared to 6.9% for that of professionals, managers, executives nd technicians (PMET) and 16.6% for clerical, sales and service workers. To compound the problem, the increase of sexagenarian and older age groups in the former is larger than for the PMET and the clerical, sales and service categories. Being mainly in the lower-wage category and facing the prospects of working beyond retirement age, the recognition of the healthcare needs of the “Merdeka Generation” is timely.

HOUSING
In Singapore, for about 80% of Singaporeans, their flats hold the key for financing their retirement. Recently, owners of older flats are becoming increasingly concerned about whether they would be able to unlock sufficient funds in their property to provide for their retirement as their flats approach the end of their 99-year leases and values tend to zero.

The anxiety of owners of older flats was stoked when, in 2017, National Development Minister Lawrence Wong cautioned home buyers not to assume that all old Housing Board flats will be automatically eligible for the Selectivw En bloc Redevelopment Scheme (SERS), a scheme through which residents are compensated for their existing homes and given discounts on brand new flats.

Mr Wong had said that, for most HDB flats, their leases will eventually expire and the flats returned to HDB, which inturn surrenders the land the flats are on to the State.

In his NDR 2018 speech, PM Lee tried to allay concerns by pointing out that even the oldest flats in Singapore, about 52 years old, have considerable amount of time left on their leases (47 years in a 99-year lease). HDB estimates that owners outliving the lease of their flat will happen to only less than 2% of households, including those who have bought resale flats.

PM Lee also announced a new scheme for flats that are not suitable for SERS, the Voluntary Early Redevelopment Scheme (VERS). Under the new initiative, the Government will compensate residents whose flats are acquired early but the terms of VERS will be less generous than SERS. While it is a less attractive option than SERS, it offers a way out for residents stuck with flats with expiring leases. However, details of VERS are not concrete yet, in particular which precincts would be selected and what the terms are.

Will a much larger proportion of flats qualify for VERS, compared to the mere 5% for SERS? If the VERS package is less generous than SERS, will participants of the scheme be able to purchase a new flat from the proceeds of their old flat? Most owners of old flats are likely to be older residents who may not be in a strong financial position.

It also has to be borne in mind that the government has yet to plan how to “afford VERS for the long term”. Along with VERS, PM Lee also announced an expanded version of the Home Improvement Programme (HIP), which he called HIP II. It offers older flats a second round of upgrading when they hit the 60- to 70-year mark. It is expected to decelerate the decline in value of flats with expiring leases. However, it remains to be seen,given HDB’s rhetoric about  flats being assets, whether people will buy 70-year flats with 29 years left on their leases, for example, even if upgraded.

PM Lee also explained the rationale for the 99-year leases. In summary, the Government needs to consider housing for the future generations, which can only be built on land the State reacquires. This, according to PM Lee, cannot be facilitated if flats are sold freehold. It could thus lead to a “split” between those who inherit properties and those who do not.

Banking one’s retirement security on one’s HDB flat is based on the premise that value will continue to appreciate in the longer term. Academics and industry professionals have weighed in, pointing to a rapidly ageing population, slower population growth and economic volatility as some of the factors that could place downward pressure on prices of HDB flats.

In the case of ageing population, by 2030, one in five Singaporeans will be aged 65 and above. Given the surge in supply of flats as the elderly monetise their flats, prices may fall considerably, thus dashing hopes of retirement adequacy.

COST OF LIVING
The topic on cost of living is touched mainly in PM Lee’s Chinese speech. He outlined four key reasons why Singaporeans still feel cost of living pressures: the concerns of young families particularly over housing and education, the worries of the sandwiched generation meeting ageing parents’ medical expenses while supporting young children, lifestyle changes that made what were yesterday’s luxuries today’s necessities like the mobile phone, and inflation.

Households are facing higher utility bills. The second and final phase of increase in water prices kicked in on 1 July 2018, as announced during Finance Minister Heng Swee Keat’s Budget 2017 speech. The price of water is now 30% higher than it was before the first phase on 1 July 2017.

To compound households’ utility woes, electricity tariffs have also increased recently. However, PM Lee pointed out that prices are lower today than they were 10 years ago.

The Government gives direct subsidies to low-to-middle income families for their utilities bills, such as U-Save rebates for all households living in HDB flats to help them cope with escalating cost of living. Smaller flats receive the most U-Save rebates.

In the Smart Nation era, mobile phones have become a necessity even for the low-income. However, the Chinese Development Assistance Council (CDAC) found that some low-income families had telecommunications bills as high as $300, which is more than 10% of their household incomes, while those of others come up to only $100. CDAC has been giving households financial advice and suggesting ways to bring down their telecommunications bills.

In his Malay speech, PM Lee called on the Malay/Muslim community to “work more closely together” with the “3Ms” – MUIS, MENDAKI and MESRA – or better known as M3, to help them to be more effective in fulfilling the needs and aspirations of Malays. PM Lee said that the community “has made great strides forward” and “have built a strong culture of self-reliance”.

M3 was first touched on by Minister-in-charge of Muslim Affairs Masagos Zulkifli on May 14 this year during the debate on the President’s Address. He outlined how the community must tackle three external challenges – the erosion of cultural values by foreign influence, economic disruption and foreign extremism – failing which the community’s progress in the future will be hindered. To address them, Mr Masagos pledged to build up the collective strength of M3.

CONCLUSION
In this year’s NDR speech, PM Lee touched on issues besetting a larger segment of the Singapore society: healthcare as population ages, the depreciating value of older HDB flats, and the rising costs of living.

Perhaps, what could have also been addressed are worries about the proposed GST increase, from 7% to 9% announced during Mr Heng’s Budget speech earlier this year, with a firmer timeline than its falling between 2021 and 2025 so as to allow individuals and businesses to prepare for its eventuality in light of the rising cost of living.

The plight of elderly workers could also have been touched on in greater detail. The Merdeka Generation Package PM Lee announced is very much needed but focuses only on healthcare expenditure. Though better off than the pioneers, many in the age group are staring at the prospects of working well into their old age and in lower employment categories as the 2017 survey on the labour force suggests. A more holistic package that looks into their employment challenges would have been helpful. ⬛

[1] All figures on employment are cited from the Ministry of Manpower’s Labour Force in Singapore 2017.