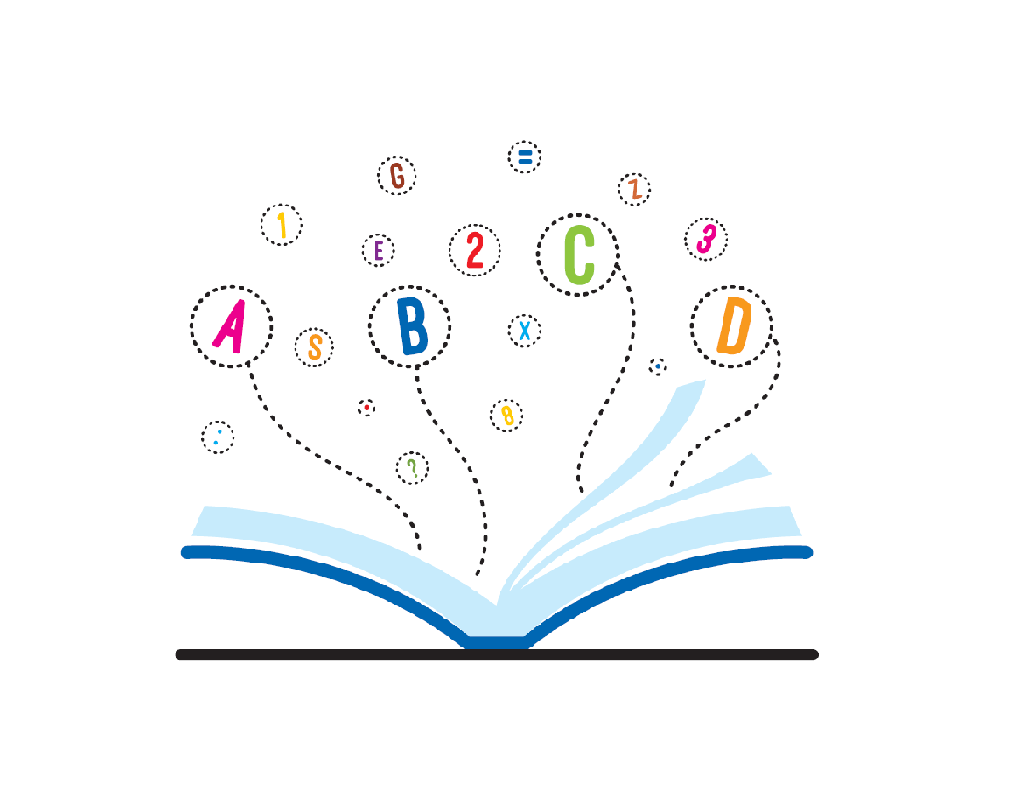 Researchers have pointed out that schools may not always be the place where everyone has an equal chance, because hidden inside are all kinds of ways in which certain kinds of social, cultural and class positions are being privileged. And literacy is one of the dominant ways of doing that.

By literacy, I do not mean the mechanics of reading and writing per se but rather literacy as embedded in social practice just as eating is a social practice. We are not born with a particular disposition to eat with our hands or chopsticks; we acquire these particular ways of eating as we observe and take part in daily meal activities with the family and in the community. Similarly with reading and writing. Children do not just acquire language and literacy skills; they learn different ways of relating to texts, different ways of being a reader and writer, through participation in social practices, and through the pursuit of social relations.

WHAT ETHNOGRAPHY HAS REVEALED
Ethnography has exposed the range of meanings and functions which literacy can have in different contexts. There is a suggestion behind much of the work that models of literacy which operate in schools are rather specialised in comparison with its range of uses in people’s everyday lives, and that for some children, the purposes and meanings which are attached to literacy in school may conflict with those they experience in their family and community.

Shirley Heath’s ethnography of three communities in the United States – Maintown, Roadville and Trackton – is iconic[1]. In Maintown, a black and white urban middle-class community, she found that children learn through their experience of bedtime stories with their parents how to give the ‘what’ explanations, reason explanations and affective commentaries, which are valued in schools in relation to texts.

In Roadville, a white working-class community, children come to school with experience of number and alphabet books, religious stories and real life stories about children like themselves, but they see texts as inflexible records of the truth which shouldn’t be played about with. Initially they do well at school, but fall back later when they are expected to relate ideas in a story imaginatively to their own experience, and to take knowledge learned in one context and adapt it to another.

In Trackton, a black working-class community, children are unfamiliar with storybooks, but skilled in oral storytelling and in performing and interacting with an audience. In school, these children are faced with unfamiliar kinds of questions about texts which ask for labels, attributes and discrete features of objects and events in isolation from the context. Nor are they familiar interacting with text on an individual basis. On the other hand, they are able to link two situations metaphorically and recreate scenes, but these are not tapped in school.

My own ethnographic work on eight Malay families more than 12 years ago offer a glimpse of the lived literacy experience of Malay children. All the families, without exception, have high hopes for their children whom I observed when they were in Kindergarten 2 (K2) and Primary 1 (P1). However, how literacy is transmitted to the children varies between families, and the difference can be traced to socioeconomic status: namely, income level and parents’ linguistic and educational background. This placed the children on a different starting point when they enter school. I’ll offer a brief account of four of these families focusing on how they do literacy at home, what counts to them as literacy, and the implications for school.

A LOOK INTO 4 FAMILIES THROUGH THE LENS OF LITERACY PRACTICES
Ikhsan’s (not his real name) parents, both non-graduates, invested in a Montessori phonics class for him. They bought for him phonic readers and graded series books. The mechanics of reading and writing was emphasised by the father, and so Ikhsan could recognise English words rather well. But he wasn’t very interested in making meaning from stories as this did not count as an essential part of reading at home. When Ikhsan reads, he reads aloud and on his own. Ikhsan and his brother were also into play supported by their father who bought for them educational CDs. Before long, Ikhsan could read instructions from computer games. In K2 and P1, Ikhsan faced little difficulty negotiating the literacy curriculum.

Sanah (not her real name) was the opposite. She was not able to decode words. Books were hand-me-downs from friends and neighbours. But Sanah loved being read to by the mother and would ask questions if there were twists in the plot that did not sound right. And this happened because the mother, who did not speak much English, sometimes herself made mistakes as she read with her daughter. Both mother and child resorted to English and Malay to comprehend English texts. It was quite clear that Sanah enjoyed reading; she was curious and engaged with adults well. In school, however, she was considered a ‘weak’ student and was sent to the language support programme.

The third child, Naila (not her real name), had access to considerable supplementary educational resources. The family had the economic capital to buy the resources they need and the cultural capital to know what to get. In instructing Naila on literacy, her mother, an ex-teacher, focused on the meaning and purpose of written texts, ventured into explicit teaching of concepts and introduction of new information. Naila had extensive exposure to printed materials and ways of learning from them, including worksheets. And so Naila could use oral and written language with ease and bring her knowledge to bear in school-acceptable ways.

Lastly Adam (not his real name), who learned to read in a Montessori class which provided him with a good base to engage in the kind of interactive reading sessions he had with his highly educated mother. Taking meaning from texts was carried out through talk and play, indoors and outdoors, and not limited to pen and paper. The boy has learned that text, primarily English texts, is a way of engaging in reason arguments and a time to form opinions. He was prepared well as a learner, but a divergent one, which in some ways clash with what is expected of a P1 student in a Singapore school.

When I was documenting these children engaging in literacy more than 12 years ago, in their homes and in school, and when I looked at how literacy was taught and learned in the Singapore classroom, I could almost predict their academic outcome. Recently, I reconnected with the families and enquired about the children who are now 19-year-olds. There were surprises but in general my prediction wasn’t off the mark.

Sanah, the girl who couldn’t decode words when she started P1 but loved stories, went to the Normal (Technical) stream. She finished her Nitec and now plans to pursue Higher Nitec. Ikhsan, who already knew how to read aloud in P1, made it to the Express stream and has now completed his 2nd year in a polytechnic in IT. Naila, who was groomed in school-sanctioned ways, went on to the IP programme in a top school and has got a place at the university. Adam, the boy who had difficulty fitting in school initially despite his intelligence and maturity of mind, did well in the Express stream and is also in the polytechnic.

THE ROLE OF SCHOOL VS CULTURAL CAPITAL
If the children’s educational outcome is predictable from the literacy practices in the home when they were 5 or 6 years old, it raises questions about the value school adds to a child’s education. Take for example Sanah, a child of regular intelligence, brought up in a loving, caring family that valued education, but who clearly did not have the cultural capital that mattered in school. If school is a place to level up students from disadvantaged families, then it had not done so well for Sanah.

Adam provides a contrast. This is a child who was raised to value talk as a means to explore knowledge and identity but which did not quite fit with how learning took place in his classroom. And here is how his situation differs from Sanah’s. For a child from a middle-income family like Adam, any disadvantages are temporary and can be rectified because the family can mobilise their huge cultural and social capital. I remember receiving a text message from Adam’s mother not long after he started P1. She was not a fan of worksheets but realised that her son’s class did worksheets regularly and so she asked if she should purchase them so that her son could practise at home.

The problem is not a result of school prejudice or teacher incompetence, but rather from disjunctures between family uses of literacy and practice in school: A child whose father works as a truck driver might not experience much reading or writing at home and the kind of interactions around texts that are valued in school; while pupils in school are expected to read complete texts, at home some children might emulate adults in searching for and reading only the piece of information which they need; while extended solitary reading for pleasure is encouraged in school, in some families this could be seen as a sign of social inadequacy.

Schools might also evaluate children through the schools’ own cultural lens – providing the children with what they deemed to be lacking rather than help them build from what they have. A child who cannot decode letter-sound correspondence will almost surely be drilled in phonics; this is an important skill to have but can be damaging to a child if his/her ability to appreciate and critique stories is lost on the teacher. Likewise, a child who is skilled at negotiating English texts collaboratively with his/her mother bilingually in English and Malay will not find that skill replicated or valued in the classroom.Particular literacies are thus valued over others and children are differently positioned in relation to their access to the dominant forms. This in turn affects children’s participation in classroom language activities, their curriculum experience and their educational achievement.

To address this issue, researchers have called for school literacy practices to be set within a wider context. Students’ informal literacies (often ignored by teachers and even researchers) provide important evidence about their personal and social values and about the functions of literacy.

Students are not inherently weak or unmotivated when they cannot cope with the demands of school. Rather, at home they have limited access to the dominant literacy while their own family literacy find little value in the classroom. They need help to learn school-type literacy but not because they are ‘weak’ or ‘slow’. Sorting them early into a low achievement track and ignoring their cultural and bilingual resources only serve to penalise their social and cultural background.

And the impact we all know too well – a spiralling sense of inferiority, low confidence and low self-esteem, which makes progress in school difficult. ⬛

Dr Mukhlis Abu Bakar is Associate Professor at the National Institute of Education, Nanyang Technological University. His research interests lie in the fields of bilingualism, biliteracy, and literacy learning, and span the domains of home, school and faith settings.