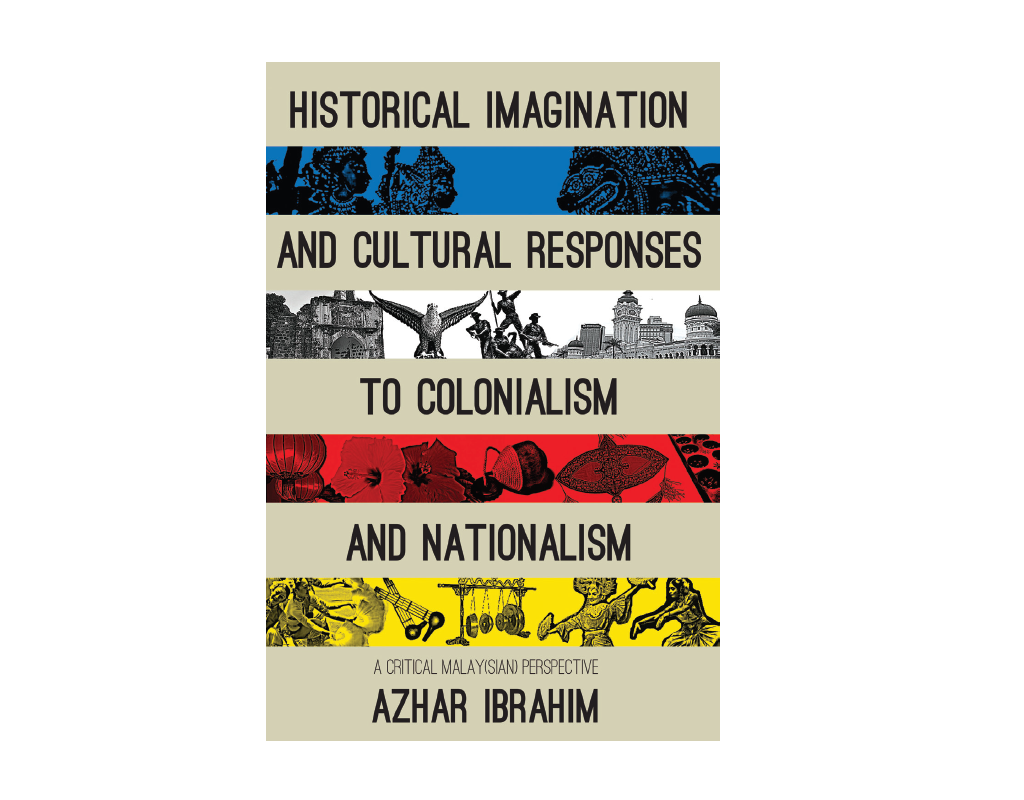 Colonialism has been a popular topic to discuss around the world from academia to civil societies and even mainstream media. It has been on the tip of almost every Singaporean’s tongue most recently, especially with the Singapore Bicentennial commemoration. But how do we begin to address our colonial history?

Dr Azhar Ibrahim tackles this in his book, Historical Imagination and Cultural Responses to Colonialism and Nationalism. His book tackles and probes a few issues in regard to the past and present narratives of the Malays.

HISTORICAL IMAGINATION AND CONSCIOUSNESS
Dr Azhar encourages readers to view history critically. He uses the term historical imagination in the introduction of the book. Historical imagination is not used or understood as an abstract, but as a way to provide alternative history and as a source of vital knowledge that can awaken one’s consciousness. This critical consciousness is essential to the non-acceptance of status quo as a given. He mentions how blind acceptance of how history is read affects how society acts and perceives in the present. Being historically conscious also means being aware of the historical conditioning of ideas, events, as well as social, political and economic phenomena, and avoids romantic readings of the past. Historical consciousness challenges not only the dominant colonial history, but also any form of nationalistic history, which can also pose problems. Thus, being historically conscious ensures rethinking that is intellectual, critical and also ethical.

Starting out with the perspectives and insights from Malay narratives of the 18th and 19th centuries on colonial capitalism where feudalism was failing then, works by indigenous writers are highlighted in this book. Works from Lauddin, Tuan Simi and Muhammad al-Mishri document various types of resentment or appraisal of the colonial regimes. Post-colonial period had works of these indigenous writers studied where their voices would otherwise be ignored. These voices are also important in studying feudalism, as nationalist voices that are usually anti-colonial, are also silent on past feudal abuses. Dr Azhar also highlights that these narratives can be seen as “cultural documents” which requires a multi-disciplinary approach that is beyond the traditional, formalistic method. He argues that the sentiments from the indigenous narratives should not be ignored and dismissed, or be deemed as “subjective” compared to the colonial narratives.

One area of colonialism that needs critical rethinking and relooking of narratives would be the economic impact on the indigenous community. Dr Azhar highlights that colonialism in the early phase of setting up of trading ports and extraction of revenue excluded the indigenous trading class, thus affecting the economic growth and development needed to adjust into modern society. The Malay community were deemed as too lazy in the eyes of the colonisers such as Hugh Clifford, who dismissed the colonised but did not look into the British policy that marginalised the Malay community. Dr Azhar also highlights Tuan Simi who had crafted his warnings through a syair (poetry), highlighting the unfair practices of the East India Company towards indigenous traders. The critical tone of the syair mentioned caused the prohibition of its circulation by the British and it was forgotten until the 1990s. This is also an example of how colonialism attempts to erase the voices and experiences of the colonised.

ORIENTALIST VIEWS OF THE MALAYS
In another important chapter, Dr Azhar raises how the colonial studies of the Malays have been orientalist. This can be seen in the colonial attempt to study Malay literature that suggests indirectly how Malays were unlikely to accomplish intellectually or literarily. Orientalists study the Malays in a fixed lens despite the diversity in the community. Legendary stories such as Hikayat Hang Tuah is also seen in a patronising manner that lacks any form of interpretive sociological analysis beyond the historical provenance and literary aesthetic.

Despite the criticism towards the prejudiced views of the indigenous and their works, views from these colonialists are still seen as the authority for the study of classical Malay literature. Orientalist research centres and universities in Europe and America are still seen as the intellectual institutions for Malay-Indonesian studies until today.

REVERSE ORIENTALISM AND THE NEED FOR AUTONOMOUS SOCIOLOGY
Dr Azhar highlights a phenomenon called ‘Occidentalism’, which is a consequence of Orientalism. Occidentalism, while critical of colonial thinking, sweepingly rejects Orientalism. This is also unproductive. It seeks to put the oriental in a better light by putting the Occident in a bad light. It essentially is parallel to the Occidental way of viewing the ‘subject’, which essentially echoes the Occidental views on them. It discounts other factors such as history, politics and socio-economic factors. One such group Dr Azhar cites that demonstrates this thinking are the Islamists. Islam is viewed and studied in an essential manner without consideration of diversities in the religion itself, historically and geographically.

This phenomenon of Orientalism in reverse is also observed in Malay studies. Colonial prejudice and stereotypes are accepted whether consciously or unconsciously amongst local intelligentsia during the post-colonial period. These colonial standpoints are affirmed and attributed as the national character and used to maintain status quo. Dr Azhar also mentions Frantz Fanon and the term ‘intellectual alienation’, where Fanon highlights how some indigenous intellectuals imitate the colonists’ way of thinking, and it can be seen in their perception and attitude of their own culture.

Critical autonomous sociological discourse is needed in the area of Malay-Indonesia studies, with the need to create indigenous theories and perspectives. Such notable works are from Professors Syed Hussein Alatas and Syed Farid Alatas.

Having critical autonomous sociological discourse should not be nativism or Orientalism in reverse. Dr Azhar quotes Prof Syed Farid Alatas in regard to this:

“While Western social sciences originates in the West, it is not to be rejected on those grounds. Rather Western theories and concepts, taking into account their epistemological and historical presuppositions, must be encountered, modified and combined with indigenous ones…”(Alatas, 1999)

He also notes how some may offer Islamisation of knowledge as a way out of Western dependency, but it often rejects Western knowledge wholesale. This poses a challenge as an Islamically oriented scholarship that studies the Malays are characterised by a strong moralism and reductionism made in the name of Islam. Their analysis state simply that the predicaments the Malays face are due to failure in upholding the teachings of and practices of Islam. Such scholarships blame victims and are filled with over-imagined observations and moral panics. The main concern is to uphold and emphasise Islamic solutions, and breeds a narcissistic and dogmatic position of having the absolute truth.

Dr Azhar also writes how the ruling elite can be seen as the human component within a society’s development. The role of the intellectuals and elites must be taken into consideration and the ethical moral aspect of the intellectuals and elites must not be taken for granted. This means breaking out of the “captive mind”, a term used by Prof Syed Hussein Alatas, where the captive mind is a produce of higher institution of learning at home or abroad, and a way of thinking that is dominated by Western thought in an imitative and uncritical manner.

THOUGHTS: MOVING FORWARD
Dr Azhar’s book gives us a very critical insight into how we should address our colonial history. Examples of classical Malay literature is analysed into giving an indigenous voice and understanding the impact of colonialism on the indigenous community. Post-colonial understanding of the Malays is also discussed, in which one is reminded to be critical of the Orientalist views that are still reproduced till today, as well as to be mindful of the Orientalism in reverse in the form of Islamist thought, where issues of the community is only diagnosed through a religious and moralistic, but uncritical manner. This is an important reading especially today, where post-colonial and decolonial thoughts are gaining momentum. ⬛

Mysara Aljaru is a Master’s candidate in the Department of Malay Studies in National University of Singapore. Prior to this, she was a journalist and producer with a local mainstream media. Her writings have also been published in Growing Up Perempuan and Budi Kritik.