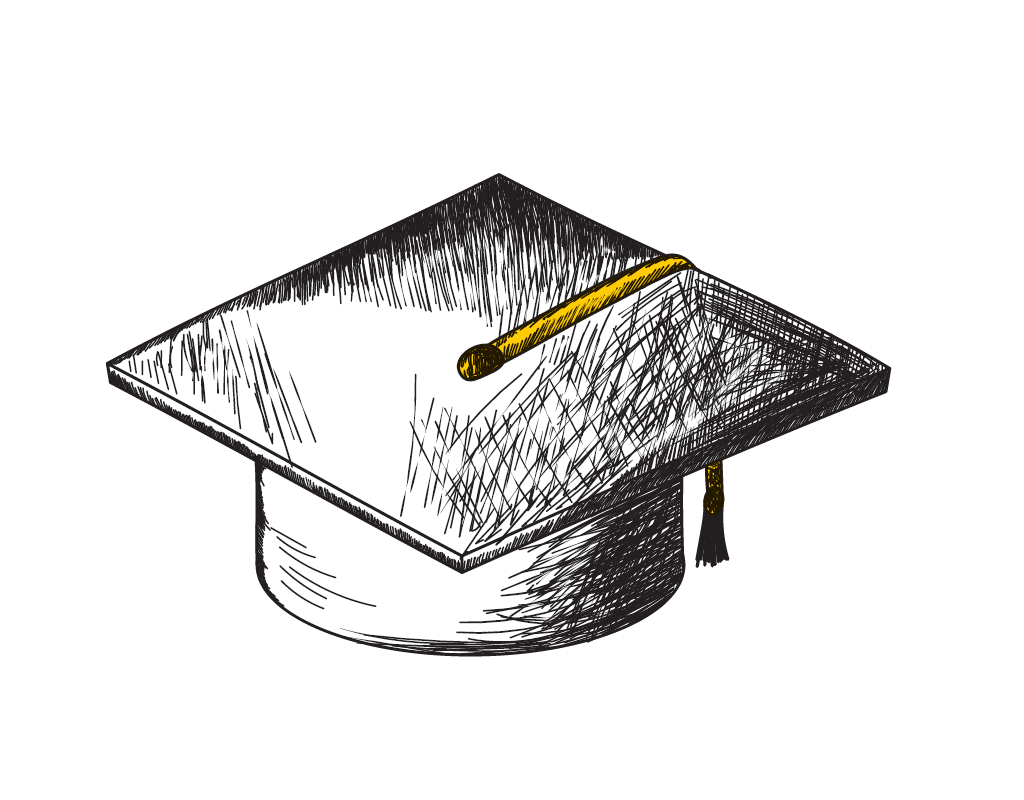 “A graduate in every family” – this was a goal proposed during the 3rd National Convention of Singapore Muslim Professionals in 2012. It has since become a mantra of sorts for self-help organisations like AMP intending to help low-income families shift up the social and economic ladder.

At the time, the term “graduate” was intended to include ITE and polytechnic qualifications. At the community level, however, aspirations and interventions are inclined more towards producing university graduates than ITE and polytechnic ones. The primary concern centred on falling into the trap of mediocrity and the stark underrepresentation of Malays with university degrees. Even as late as 2015, only 9.1 percent of working Malays held university qualifications, compared to the national average of 32.4 percent1.

In Singapore’s rigid and often unforgiving meritocratic system, this strategy was nearly axiomatic. For most, university education means avoiding low-income, insecure, often dead-end jobs. To them, the proverbial “piece of paper” opened doors to more opportunities and realised dreams. It could reverse the trends, creating a virtuous cycle as graduate children passed on their skills, guidance and academic achievement to their own children. On a societal level, a graduate in every family could allow the community to ‘catch up’ with the rest of Singapore’s society.

However, in reality, students in the better streams enjoyed more resources to enrich their experiences and more focus on critical thinking and other skills. This was how the meritocratic system was defined, where the students who perform better deserved both opportunity and the resources to maximise their potential.

A meritocratic system may not adequately address the problem of unequal starting points. For children of lower-income families and those who were falling behind at an earlier age, special programmes were needed. Social service organisations and self-help groups provide services and resources to meet the needs of families and to improve educational outcomes. These initiatives include providing tuition, counselling, character building and early intervention. The overall strategy has been to prevent students from being channelled into the Normal (Technical) and instead progress to the Normal (Academic) and – even better – to the Express streams.

MERITOCRACY LIMITATIONS PUSH NEW INITIATIVES
However, today’s landscape shows encouraging signs of change. Government and societal leaders have become increasingly aware of – and concerned about – the limitations of the meritocratic system. Part of this is the recognition that meritocracy fails to level the playing field – that those with command over greater economic resources had an unfair advantage over those who do not.

The effects of Singapore’s streaming system in schools are mitigated to some extent by new initiatives to step up applied learning, thus paving the way for the participation of a diverse range of industries. This development spells new possibilities in terms of career choices, particularly for those in the ITE and polytechnics.

Where applied learning is concerned, polytechnics will be tweaking its admission criteria to expand existing aptitude-based admissions, recognising broader measures of abilities beyond examination results2. The move augurs well for ITE students who aspire to progress to the polytechnics and have demonstrated abilities in particular areas but are constrained by their overall performance in examinations.

ITE students also have other options to consider. The Earn and Learn Programme (ELP) offers opportunities to develop industry-relevant skills through placements in firms across sectors. The number of ELPs is expected to grow over time with the participation of more companies. In 2016, 20 new ELPs were announced, bringing the total to 37, spanning 22 sectors. Trainees work towards part-time polytechnic diplomas as employers prepare them for higher-level positions in their organisations3.

Do these changes indicate that Singapore’s approach to meritocracy is changing fundamentally?

From earlier years, meritocracy was seen as a way of ensuring that privileges are not assigned based on attributes like social status or race. Moreover, the streaming system was invented and refined largely to keep “non-academically-inclined” students in school. But in practice, meritocracy has also meant that more resources are given to those with the most accomplishments. When Singapore was a developing economy, it allocated the best teachers and the most finances to support students who excelled.

However, the government is now shifting its budgets markedly. Funds for universities have been curbed. Financial resources have poured into ITEs. Government’s spending on ITE has more than tripled. Budget outlets to ITEs have increased faster than that of universities for seven of the past ten years. Whereas in 1986, the government spent 35 cents on ITE for every dollar it spent on universities, it now spends 58 cents. And that number is increasing. 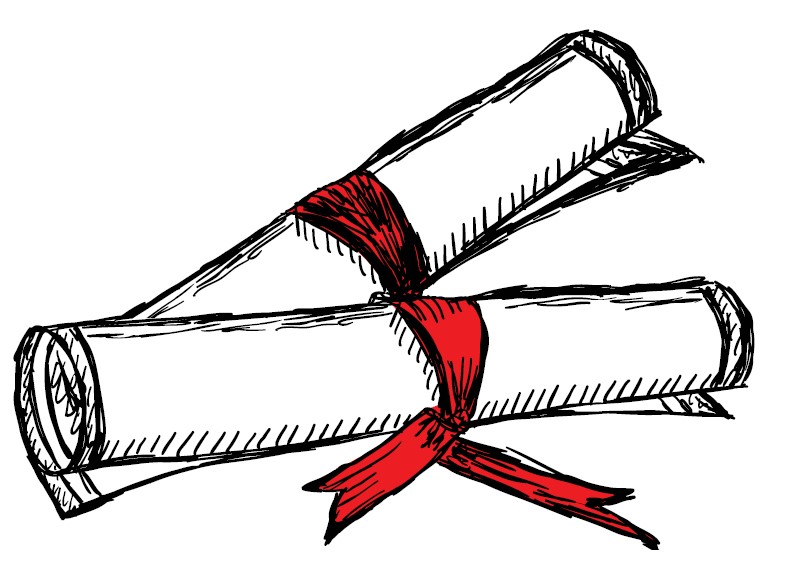 Moreover, innovation is occurring in the lower streams. Specialised schools – including Spectra Secondary School and Crest Secondary School – for Normal (Technical) students have been established. Experiments in education for what had formerly been seen as the lower streams have also been launched and supported. Schools for students who repeatedly fail the PSLE, such as Assumption Pathway School, provide world-class vocational education for such challenged students, causing drop-out rates to fall, increasing the proportion of students entering ITE and beyond, and raising students’ hopes for the future.

Does this mean now that there are multiple paths to success? That all streams, while different, are of equal worth? If so, this would be a sea of change, not only in the government’s approach to education, but also a radical shift in one of its fundamental tenets – meritocracy.

Instead, it could be that the value of meritocracy is not being scrapped but rethought. Rather than seeing streams as hierarchically organised, with the more merited students being channelled towards the more valued higher stream, each stream might have its own set of qualifications. Students with different kinds of merit will get channelled into different kinds of streams. Those less inclined to a practical setting would not be allowed into programmes that require hands-on skills, just as those without academic qualifications would not be allowed into the more academic streams. In each stream, students’ varying talents will be nurtured and honed in preparation for a meaningful career. Further, the streams could be mixed-and-matched based on each student’s unique talent. Students could be in one stream for mathematics, another for science, and yet another for social studies.

Where Singapore’s commitment to meritocracy is concerned, it seems that one group of “best” students – those with the best scores – are no longer inherently entitled to the most resources. Instead, resources are being increasingly allocated as appropriate regardless of streams. Even as this fundamental commitment to meritocracy has not changed, much about the education and streaming system, and allocation of resources have.

In response, how should self-help groups and social services change? Should self-help organisations respond by rethinking the strategy of promoting “A Graduate in Every Family?” If the lower streams are becoming more attractive, should we put less energy into shifting students up the stream, and more time and resources equipping students in each stream with what they need to succeed? This might mean counselling students on how to succeed in vocational education and highlighting role models that have thrived based on the new standards of success.

Such a change might be premature. While the government’s new stance is a step in the right direction, many additional changes are needed before the dream of multiple and equal paths to success become a reality.

First, society’s attitudes remain deeply entrenched. Most parents, students, and teachers remain stuck in the old patterns of thinking – that express is the best and most desirable stream. University is better than polytechnic, which is in turn better than ITE. No matter what changes in terms of the resources available to others, and the success achieved by individuals in each stream, these attitudes remain entrenched in the fabric of Singaporean culture, and thus will be difficult to change.

And these attitudes mean that students from lower streams will face three intractable problems. First, they will face society’s stigma of having been judged not ‘good enough’ for higher streams. Much research has shown that one of the main problems that students in the lower stream face is stigma. The stigma affects students’ self-esteem, and their ability to succeed in that stream depends on their belief in themselves. Without a change in this societal attitude, the burden of stigma will remain.

Second, employers continue to view “N” Level or ITE qualifications as being second best. While there are those who are responding to the changes in ITE and other educational institutions and appreciate the new breed of graduates that are emerging, many have not. Since a student’s career success and income depend on these employers’ willingness to hire and promote them, and to give them a fair share compared to others with higher qualifications, this remains a major issue.

Third, we cannot pretend that the jobs at the end are equal. With new initiatives such as SkillsFuture, the employment opportunities for ITE graduates will improve. But no one can say for certain that pay will be equal, that jobs will be equally secure, or that chances for promotion will be equivalent. Starting salaries of university grads are still much higher than those of ITE graduates, although that gap is closing. In 2007, an average ITE graduate’s salary was 51 cents for every dollar a university graduate received. By 2015, that had increased to 59 cents. This is much narrower, but still a substantial difference that is unlikely to close much in the future.

So while self-help organisations might not – and probably should not – abandon their goal of producing more university graduates, they can adapt their strategy to these recent changes. They can do this by also supporting students in lower streams make the most of these new opportunities, as well as contributing to the reduction in stigma that students in lower tiers still feel. ⬛

John Donaldson is Associate Professor of Political Science at Singapore Management University (SMU). He also serves as a Senior Research Fellow with the Lien Centre for Social Innovation, working with the SMU Change Lab to research and design innovative solutions to unmet needs in vulnerable communities in Singapore.

Abdul Shariff Aboo Kassim is a Researcher / Projects Coordinator with the Centre for Research on Islamic and Malay Affairs (RIMA), the research subsidiary of AMP.