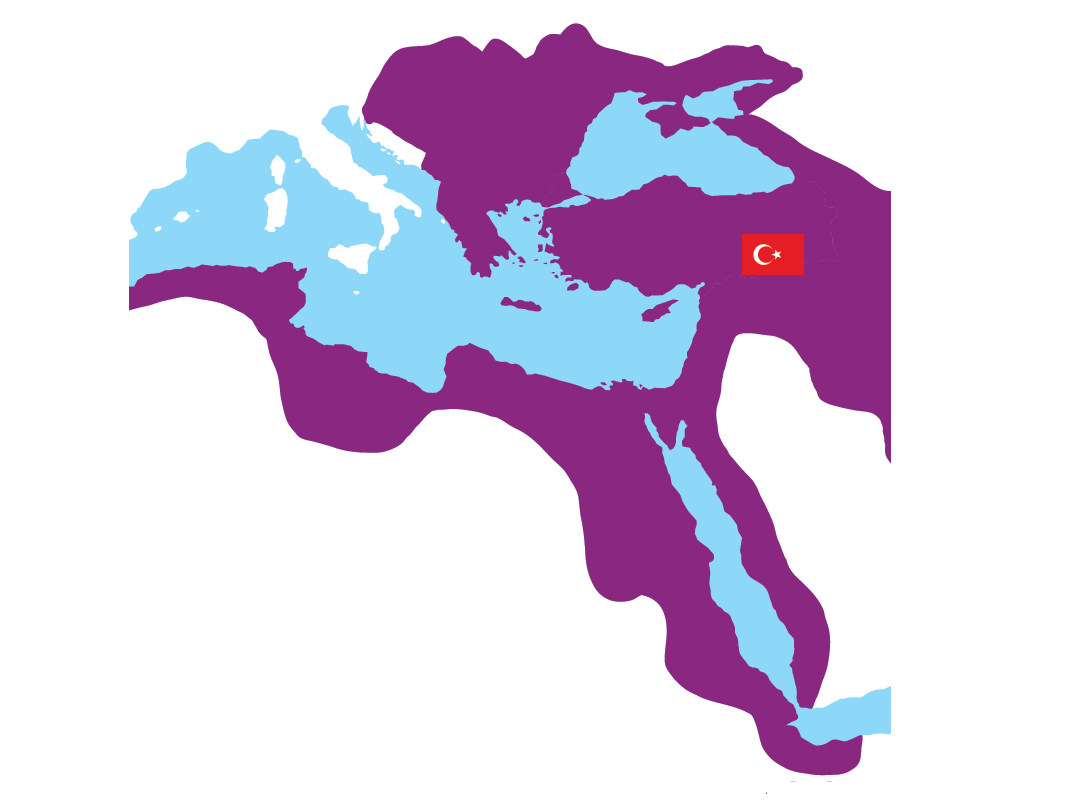 In the early 18th century to the end of the 20th century, with the rise of the Industrial Revolution, colonial powers such as the Great Britain, France and Russia started to expand their power to other regions such as Asia and Africa through colonisation. Their main goal was to search for wealth abroad and extract the resources there to expand their economical markets and influences on other regions. Due to these reasons, the world was facing several challenges as wars and uprisings erupted frequently in order to put an end to the old political and social systems, which were deemed to be oppressive. This can be seen clearly from the French Revolution in 1789[1]. When the French successfully achieved this goal through uprising against the monarchy, the idea of nationalism also spread rapidly across Europe, the Balkans, as well as the Middle East in the hope of achieving the same result of equality and prosperity as France.

However, this article will not discuss the political aspects of the situations which occurred in the Balkan in the early 20th century. Instead, the article, firstly, aims to share the effects of the political tragedy in Europe towards Singapore. Secondly, it also attempts to shed light on the reaction of the Southeast Asian Muslims towards the Ottoman Empire, especially Singaporeans, during the Ottoman-Balkan Wars in 1912-1913. Thirdly, the article will discuss the role of the British colonial government in Singapore in helping the Ottoman Empire during the Balkan War.

BALKANS’ PAN-SLAVISM AND OTTOMAN’S PAN-ISLAMISM
As mentioned earlier, between the 18th and 20th century, colonial powers started to expand their influence on other regions. One way to gain support of local people towards their expansionist policy was to support ideologies which benefited them. In the case of Balkan Peninsula, Russia gave their support towards the spread of nationalism there. Thus, pan-Slavism ideology spread among them with the aim of protecting the Slav ethnicity in the Balkans, and uniting the Slavs ethnicity in Balkans under the Russian Empire[3].

In response to the spread of nationalism ideology in the Ottoman lands including the Balkans, the Ottoman Empire spread the idea of pan-Islamism, or also known as Ittihad-I Islam, to counter this ideology and protect its control over the Balkans. The main goal was to gain support and unite Muslims all over the globe under the Ottoman Caliphate in order to fight against the colonial powers. To achieve this goal, the Ottoman Caliph, Sultan Abdulhamid II (1876-1909) changed the Ottoman’s constitution, stating that he was the Sultan as well as the Caliph for all Muslims around the world. Thus, he assumed responsibility towards protecting all Muslims and as the protector of Islam[4].

SPREAD OF PAN-ISLAMISM IN SOUTHEAST ASIA
During the same period, pan-Islamism ideology started to spread in Singapore and Southeast Asia. Firstly, through the appointment of Kamil Bey as the Ottoman Consul General to the Ottoman Embassy in Jakarta, several projects were launched to promote this idea in Indonesia, Malaysia and Singapore[5]. This idea also spread with the rise of Islamic journals and newspapers such as Neracha, Al-Imam and Al-Mizan. These publications spread in Singapore and Malaysia, thus local Muslims would be able to read news and follow closely on the Balkan wars and other wars which the Ottoman/Turks were facing in those periods. The general reaction among the Southeast Asian Muslims was that they were supportive of the Ottomans. With the spread of pan-Islamism together with anti-colonialism sentiments, these journals launched donation campaigns and encouraged readers to donate at least a dollar for the Turkish soldiers to buy weapons and ammunition including all other necessities during the Balkan Wars. To further encourage their readers to donate to the Ottomans, they used rhetorical arguments to remind Muslim readers that it is part of their responsibility as Muslims to support their Muslim brothers and the Caliphate in Istanbul[6].

SINGAPORE INDIAN MUSLIMS AND THE BALKAN WARS
The effects of Turkish pan-Islamism ideology did not only affect Southeast Asian Muslims but also had a deep impact towards the people of India especially Indian Muslims. During the Balkan wars, Muslims in India supported the Ottomans by setting up several fund raising projects to collect funds for the Ottoman armies and also buying Ottoman bonds to support the economy[7]. During the Balkan Wars, the Indian Red Crescent Society contributed a large amount of money for humanitarian purposes including sending doctors to help injured soldiers[8].

BRITISH COLONIAL GOVERNMENT IN SINGAPORE AND THE BALKAN WARS
When the Balkan Wars erupted, Great Britain remained neutral. They had no political interest in the Balkan Peninsula and it was important for them to protect Egypt. Thus, Great Britain issued The Proclamation of Neutrality on 21 October 1912[10]. Through the proclamation, it affected the policy of the British colonial government in Singapore. For this reason, the British colonial government in Singapore also frequently spread news to locals in Singapore through the Singapore Free Press newspaper. The editor of the Singapore Free Press, Colonel A. W. Sinclair, decided to set up donation funds in order to help both the Ottoman Empire and the Balkans for humanitarian purposes. They encouraged Muslims in Southeast Asia especially Singapore, Malacca, and Penang, including Turkish sympathisers, to donate towards the Balkan Wars. The donation funds were then transferred through telegraph. According to the Ottoman State Archives, the Singapore Free Press newspaper had collected as much as 7,500 sterling for the Balkan Wars.

According to the Ottoman State Archives, the Ottoman empire had also received 1,106.13 Ottoman Lira from the Muslim society in Singapore. This donation was transferred to them through the Ottoman Bank in London on 1 December 1912, and then was recorded by the Ottoman Finance Ministry on 8 December 1912[11].

CONCLUSION
Wars and conflicts between countries and nations do not occur instantaneously; rather they are the accumulation of other factors which lead to the war. War occurs when diplomacy fails. Thus, before the actual war started, an ideology was spread to gain support from the locals. In this case, the pan-Islamic ideology was spread to Singapore and Southeast Asia for the Ottoman to gain support among Southeast Asian Muslims. As a result, several donations were being made by the local Muslims in Singapore to the Ottoman Empire. Although tragic events such as the Balkan War and World War I did not affect Singapore directly, from the historical accounts, it has been proven that Singapore had contributed monetary support to the Ottoman Empire. Though the Singapore colonial government was neutral during the Balkan wars, Muslims in Singapore had a different perspective on the Balkan Wars. For this reason, the funds which were collected by the Singapore colonial government through Singapore Free Press were used for humanitarian purposes, while the funds which were collected by İslamic publications such as Neracha were used to purchase weapons for the Ottoman soldiers in the Balkans. Muslims in Singapore and Southeast Asia remained loyal and supported the Ottoman caliphate until WW1 erupted and the fall of the Ottoman Empire. ⬛

Muhamad Syafiq Mardi was a Research Assistant at the National Library Board Singapore on Ottoman-Singapore relations. His role was to collect archives regarding Singapore and Southeast Asia in the Ottoman State Archives in Turkey. He holds a Master degree from the Department of Islamic History and Arts at Cukurova University in Adana, Turkey. His area of interest involves issues concerning history, religious harmony, human development and arts.