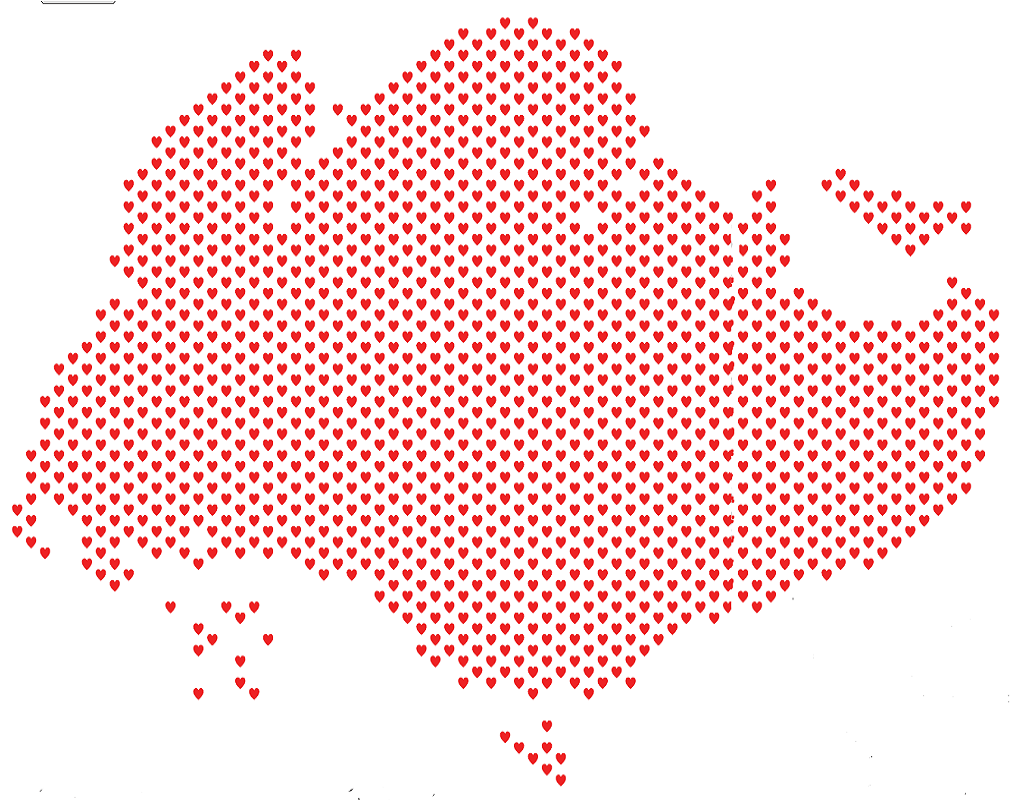 The Singapore Budget 2019 outlined a strategic plan to allocate resources to build a “Strong, United Singapore”. To realise this vision, among other objectives such as keeping Singapore safe and secure, transforming our economy into a vibrant and innovative one, and building a global city, is the aspiration of building a caring and inclusive society.

This aspiration has to be singled out because it is the one that tends to be compromised in the approach to achieve goals in a responsible and fiscally sustainable way.

Minister for Finance, Heng Swee Keat, announced during his delivery of the Budget in Parliament that the expenditures of social ministries have doubled from $15 billion in FY2009 to $30 billion in FY2018.

The allocation of $30 billion may be a substantial amount but, to have an idea of what it may look like when spread across Singapore’s social needs, current realities and future projections need to be taken account.

Initiatives are being undertaken such as the Tripartite Workgroup studying the concerns of older workers to keep them working longer to save more for their retirement and longer-term care. However, it would take the collective effort of policymakers, employers and society to provide fair remuneration packages and flexible work arrangements for seniors, and the society to banish stereotypes of older workers.

The problem of ageing population is a massive one, adding to other longstanding and emerging worries, such as social mobility, a major concern considering the threat of inequality.

When the challenges are taken into consideration, $30 billion would seem more like a necessity than a bonus, and may even be insufficient. However, increasing social spending raises the question of sustainability: how the government would fund it is a topic that has been debated intensely over the past year – particularly after it was announced in the Budget 2018 that goods and services tax (GST) will increase from 7% to 9% sometime between 2021 and 2025.

DISADVANTAGED CHILDREN
On the problem of social mobility, it is heartening to note that the government is committed to providing better support for children from the disadvantaged backgrounds. This would require not only a more holistic intervention but also an early one. The KidSTART initiative is spot on as it recognises the key factors involved in a child’s progress. These include health, learning and developmental support for both the children and their families. KidSTART practitioners will be working collaboratively with pre-schools and community partners.

Further augmenting support for the disadvantaged is the UPLIFT (Uplifting Pupils in Life and Inspiring Families Taskforce), another comprehensive initiative which acknowledges the multi-faceted nature of issues faced by underperforming children of disadvantaged families, and which features upstream interventions in collaboration with partner communities.

UPLIFT looks promising enough to address the challenges faced by children from dysfunctional families, or whose parents are often absent either because they are single parent households or are working long hours to cope financially.

Other problems include parents’ lack of know-how in guiding their children in their studies, making the right choices in a multi-pathway education system and the lack of a conducive space for their children to study due, for instance, to overcrowded households.

It is thus encouraging to note that teachers, community partners or volunteers will act as mentors for students, and spaces will be provided for students to do self-study.

The Ministry of Education (MOE) will lead an inter-agency taskforce to strengthen support for disadvantaged students and address problems like long-term absenteeism and dropout rates in schools.

Speaking during a special joint segment in Parliament on building a society of opportunities, Second Minister for Education Ms Indranee announced that after-school programmes in secondary schools will be doubled, from the existing 60 schools to 120 by 2020. The move will bring relief to parents plagued by dysfunctionality, financial burden or limited ability to help with children’s education.

LOW-WAGE WORKERS
Low-wage workers also received a boost. The income cap of the Workfare Income Supplement (WIS) scheme has been relaxed to include those earning $2,300, up from $2,000 previously. WIS provides cash payouts and CPF top-ups for workers, primarily for those in the bottom 20%, with some support for those slightly above. The scheme is said to have raised their incomes, encouraged employment and helped them save more for retirement.

Is a wage of $1,500 sufficient to help him provide for his retirement and longer-term healthcare? The answer will depend on a number of factors – whether he still has dependents, whether he owns a property and whether he is in good health. Being born in 1959, he will receive the Merdeka Generation Package, which incorporates a number of benefits, including travel concessions, annual MediSave top-ups, additional subsidies for outpatient care and MediShield premium subsidies.

RAISING CAPABILITIES OF WORKERS
On the employment front, the government attempted to address concerns about employment in the future economic landscape. Mr Heng linked companies’ success to their commitment to raising the capabilities of workers by redesigning jobs and reskilling staff. He gave the example of NTUC FairPrice’s distribution centre, which turned to automation to improve the efficiency of its operations, thus restructuring jobs. Employees were given training to learn relevant skills to adapt to new job requirements. He also shared the story of YTL PowerSeraya, a former Temasek Holdings-linked company, which sponsored an employee’s Bachelor’s and Master’s degrees.

Mr Heng’s examples is reminiscent of Prime Minister Lee’s 2014 National Day Rally speech, during which he stressed the importance of acquiring skills which are relevant rather than go on a paper chase. On that occasion, he shared his experience of speaking to two “Keppelites”, employees of Keppel’s Offshore and Marine (O&M) Shipyard. Like FairPrice, Keppel provided training to the duo so that they are able to assume higher responsibilities.

Both Keppel and Fairprice have links to the government. It would be helpful to know how many companies, particularly those in the private sector, have likewise invested in their workforce and created prospects for their employees by sponsoring their training so that they can be promoted to higher level positions. There are younger new entrants to the workforce and the foreign labour force to add to the variety of options available to employers.

Based on the figures Mr Heng provided, the percentage of residents in the labour force who participated in training grew from 35% in 2015 to 48% in 2018. Moreover, from 2016 to 2018, more than 76,000 jobseekers found employment through the Adapt and Grow initiative. He described this as “good outcomes”.

MATURE PMETS
For Professionals, Managers, Executives and Technicians (PMETs), an area of concern especially for mature ones who have experienced retrenchment or redundancy, there is some relief in that the Career Support Programme will be extended by two years. This initiative provides wage support for employers to hire eligible Singaporeans who are mature and retrenched, or are in long-term unemployment. The future economy is likely to see more of such PMETs.

The Special Employment Credit (SEC) and Additional SEC (ASEC) which, based on Mr Heng’s testimony, have resulted in more employers hiring older workers and even supporting skills upgrade for them, will only be extended for another year. It is unclear if the extensions are determined based on labour market conditions but, if they are, there is reason to expect the extensions to continue indefinitely. Older workers seeking to work longer will likely be a long-term feature of Singapore’s employment scene given the rising costs of living and an uncertain economic future. Employers’ attitude towards recruiting older workers will take effort and time to change, an uphill task the Tripartite Alliance for Fair and Progressive Employment Practices (TAFEP) and other agencies will have to deal with.

HEALTHCARE
Budget 2019 announced a slew of goodies for the lower-income, other than those embedded in UPLIFT programmes targeting children from low-income families.

One of the key concerns of the lower- to middle-income households is the affordability and convenience of healthcare, particularly if they are burdened by caregiving in extended families comprising both elderly and young dependents. The Community Health Assist Scheme (CHAS) will be enhanced further to make primary care and basic dental care more affordable to lower- and middle-income families.

CHAS will also now cover all chronic conditions regardless of income, which meant that lower- to middle income groups will have CHAS subsidies extended beyond chronic illnesses to cover common ones as well.  They can also turn to general practitioners (GP) nearer to their homes instead of having to make their way to polyclinics to enjoy more affordable and comprehensive healthcare.

If there are concerns about whether GPs will properly track the progress of patients and administer a more informed treatment or prescription, the Ministry of Health plans to help CHAS clinics better track their patient’s progress and outcomes.

There are misconceptions among some patients that referrals from GPs will not entitle them to subsidies at government restructured hospitals, thus the inclination to go the polyclinics. CHAS card holders referred by a CHAS doctor are eligible for such subsidies.

ARE LIVES IMPROVING?
In his speech, Mr Heng asserted that the government is improving the lives of the people:

“We are improving the quality of life for Singaporeans, through the rejuvenation of our public housing estates.”

“We are improving the lives of our people, by enabling them to be the best that they can be. We enhance our people’s sense of well-being and dignity, without the burden of welfare schemes elsewhere, which weaken people’s sense of agency and independence.”

Budget 2019 does address many areas of concern – children from disadvantaged families, social mobility, the needs of low- and middle-income households, employability of older workers, enhancement of healthcare schemes, long-term care, to name a few. However, the assertions of improving the lives of people may need further convincing.

On housing, it was only in 2017 that Singaporeans realised that not all flats are eligible for the Selective En bloc Redevelopment Scheme (SERS). Although the government announced initiatives like Voluntary Early Redevelopment Scheme (VERS) aimed at compensating residents whose flats are acquired early, the terms of VERS will be less generous than SERS. Singaporeans are now cautious about counting on their HDB homes for retirement security as the notion of their flat being a depreciating asset takes hold. Retirement adequacy thus remains a pressing concern to many.

Singaporeans’ sense of well-being and dignity has been the subject of scrutiny in recent debates on inequality. There is a sense that social stratification is becoming increasingly visible between groups, one of which is the elderly who missed out on reaping the full rewards of Singapore’s progress from a third world to first. The elderly working in menial jobs is one of the common sights that portray the stark divide. The need to bridge it may explain the introduction of the Pioneer Generation Package and, now, the Merdeka Generation Package for those born in the 1960s who are on the cusp of retirement. ⬛