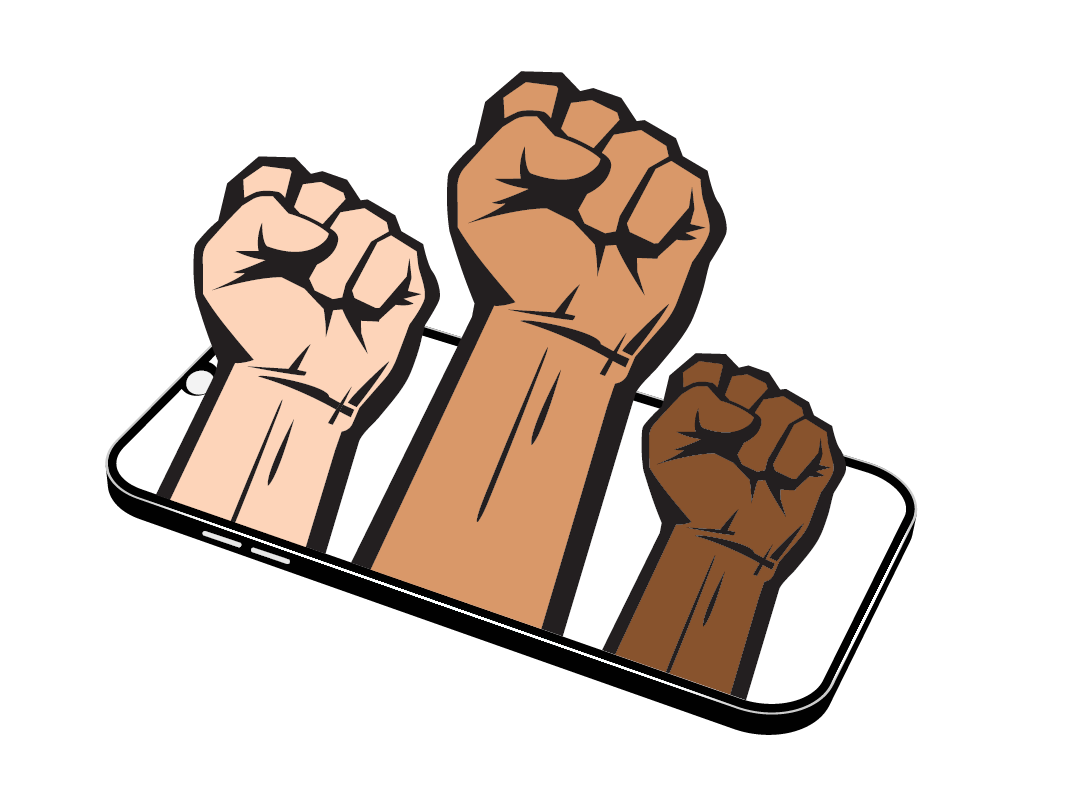 But is this a fair assessment of social media activism?

Slacktivism – a portmanteau of the words ‘slacker’ and ‘activism’ – purports to show support and raise awareness for any number of causes.

The criticism of such so-called slacktivism comes from it being low-risk activism, requiring little to no sacrifice on the part of the participant, and with acts such as likes and retweets having little influence in influencing policymakers or alleviating crisis situations.

In a 2010 article for The New Yorker titled Small Change, author Malcolm Gladwell – paraphrasing the poet Gil Scott-Heron – wrote that the “revolution will not be tweeted”, arguing that the low-risk nature of slacktivism meant it had little impact1.

Even humanitarian organisations jumped in on the criticism, with non-profit organisation Crisis Relief Singapore running an advertising campaign in 2014 called Liking Isn’t Helping – in reference to viral hoax posts popular on Facebook at the time that claimed ‘liking’ or sharing such posts would result in money being donated to help those in need, at no expense to the social media user.

Despite this however, the real-life evidence suggests otherwise, with numerous examples of social media being used to try to create social change.

The use of social media to raise awareness for causes goes back more than a decade. In the early 2010s, it was credited with helping to organise movements as varied as Occupy Wall Street in the United States, and the Arab Spring in the Middle East.

Closer to home, Monica Baey helped kickstart a national debate on sexual harassment in 2019 by sharing her own experience with a voyeur as a National University of Singapore undergraduate on her Instagram account. A year later, the backlash against misogynistic content on popular local podcast OKLETSGO – which also drew condemnation from political leaders as well as President Halimah Yacob – began on another social media platform, Twitter.

Social media has also been credited with reshaping the conversation around Israel and Palestine, allowing the four billion people who use social media a closer look at the conflict. In May this year, Palestinians living in the Sheikh Jarrah neighbourhood of disputed East Jerusalem were able to share videos of themselves getting evicted from their homes to billions of Facebook and Instagram users.

This led to actress and Academy Award winner Viola Davis sharing a post by Instagram account @soyouwanttotalkabout – which posts bite-sized infographic breakdowns of trending topics – explaining the situation in Sheikh Jarrah. Davis’ post was in turn shared by fellow actress and Oscar winner Natalie Portman – who herself holds dual Israeli-American citizenship – in her Instagram Stories. Both women have more than seven million followers on their respective Instagram accounts.

In the most recent round of Israeli airstrikes, Palestinians living in Gaza also shared videos of life while they were under bombardment on platforms such as TikTok and Instagram.

A New York Times article in May, titled ‘Social Media Is the Mass Protest’: Solidarity With Palestinians Grows Online, quoted pro-Palestinian activists describing social media as the new “mass protest”, allowing them to present their cause unencumbered by traditional media outlets – including the New York Times itself – which they said had long sidelined their views2.

In a paper for the journal Science last year, Deen Freelon and others from the University of North Carolina at Chapel Hill argue that digital media is critical for modern activism4.

Even low-effort clicktivism, based on status updates and retweets, is politically consequential, said Freelon, an associate professor with the Hussman School of Journalism and Media. In fact, according to him, it supports offline ‘real world’ activism by putting the spotlight on otherwise little-known movements.

Social media’s global reach has also helped build bridges between otherwise disparate movements in different parts of the world, as could be seen a few years back when Palestinians tweeted advice to Black Lives Matters protestors on how to cope with tear gas.

WHERE SOCIAL MEDIA FALLS SHORT
Yet for all its positive impact in trying to effect social change, social media campaigns have also been criticised for its shortcomings in doing so, oversimplifying complex issues and spreading misinformation. Kony 2012 was an early example of a social media activism campaign, with its half-hour long video documentary going viral and garnering 120 million views, becoming the most watched video on YouTube ever at the time.

The campaign had the stated goal of bringing Ugandan warlord and cult leader Joseph Kony, who had forcibly recruited child soldiers into his militia, arrested.

Receiving the attention of celebrities ranging from singer Rihanna to billionaire technopreneur Bill Gates, Kony 2012 was however criticised for oversimplifying the situation around Kony, as well as failing to achieve its objective of having the indicted war criminal arrested by the end of 2012.

Social media has also been blamed for the spreading of anti-vaccination misinformation, as well as being a catalyst for the growth of far-right extremism.

According to a report by British non-profit organisation Centre for Countering Digital Hate (CCDH) last year, as many as 31 million people follow anti-vaccination groups on Facebook, while 17 million people subscribe to ‘anti-vaxx’ accounts on video streaming site YouTube5.

More than 30 human rights organisations claimed that Facebook had censored pro-Palestinian content during the most recent incidents of conflict between Israel and Palestinians. They called for greater transparency over the social media giant’s links to the Israeli authorities, writing an open letter to Facebook chief operating officer Sheryl Sandberg as part of a campaign called Facebook, We Need to Talk.

A spokesperson for Facebook later apologised and said the problem had been fixed, adding that the Silicon Valley-based company had never intended to deliberately “silence a particular community or point of view”7.

SOCIAL MEDIA AND SOCIAL AWARENESS
So, can social media platforms be used for social change? Or, more importantly, should they be used for such purposes?

The evidence would seem to suggest that they already have shown their potential to act as a positive agent of social change, in tandem with more traditional methods of activism. In an age where so much of human communication happens on the internet, it seems absurd that social awareness would not also go online. This, however, comes with the caveat that the use of social media is not without its drawbacks, given the dependency of relying on the use of a profit-driven platform to highlight what are often non-profitable causes.

Yet, the use of the internet to raise awareness for pet causes can also come with a dark side. A 2013 study of more than 70 million posts on Chinese social media platform Weibo by Beihang University found anger to be the most common emotion online, far ahead of other feelings such as joy or sadness8.

But how does this relate to the use of social media to generate awareness?

I believe that our zeal for certain causes should not translate into merely internet outrage – full of sound and fury, signifying nothing, as Shakespeare would put it.

The medium is the message, as Canadian philosopher Marshall McLuhan would put it, and the tendency is for social media – experienced from behind the screen of a laptop, tablet or mobile phone – to flatten out the nuances that would be more obvious in a real world setting and present what are often one-sided views as the Truth. In the application of social media as an avenue of social change, we should try to go beyond that.

In bringing social awareness to the virtual realm, we should keep an eye on its real-world implications. This means appreciating the complexities behind certain issues, and seeing situations in shades of grey, rather than in black and white. ⬛