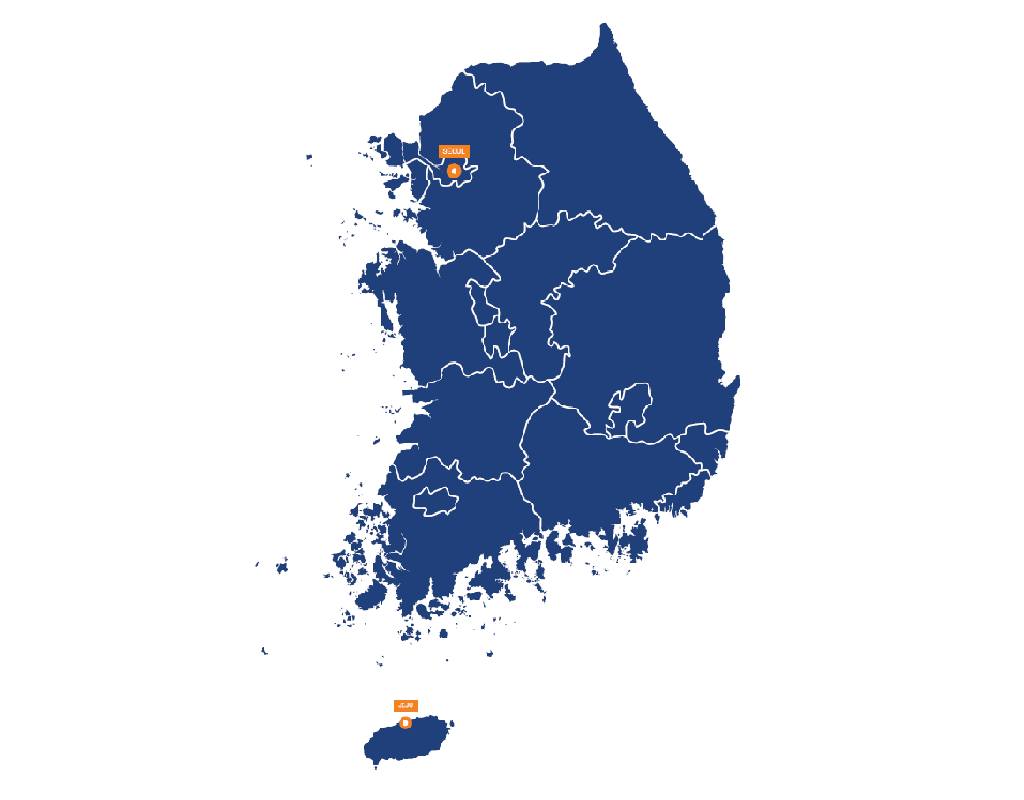 My recent trip to South Korea was my second after 2013. The first trip was not a memorable one. I wasn’t able to fully explore Seoul as I met with a minor accident in Cheongdam-dong which left me with a swollen foot and a pair of crutches. Cheongdam-dong is a district in Seoul where all the major K-pop entertainment agencies like JYP, SM and FNC are located. After the accident happened, I vowed to return to South Korea. Like in 2013, I chose to visit South Korea in autumn. It is the best season to visit for people like me, who can’t endure the cold winter and missed the chance to see cherry blossoms in spring. But unlike in 2013, I wasn’t visiting as a K-pop enthusiast. This time around, I was looking forward to see the beautiful natural sceneries of Jeju Island and explore the different parts of Seoul which I didn’t manage to that first time.

The flight to Jeju took approximately six hours from Singapore, plus an additional hour on a domestic flight from Seoul. There are currently no direct flights to Jeju. But with the recent expanded air services agreement formalised between Singapore and South Korea1, it might get materialised soon.

JEJU, THE LAND OF WONDERS
Blessed with spectacles of nature created by volcanic activities, Jeju Island was designated as a Biosphere Reserve, a World Heritage Site and a Global Geoparks by UNESCO. The locals proudly called it the ‘Hawaii of Korea’ and it is easy to see why. Surrounded by breathtaking mountains, volcanos and pristine beaches, you will be in awe seeing these natural wonders up close. The best way to explore the island is by car since there is no subway available. You can either self-drive or arrange for a private tour with a travel agency. Since my travel companions and I were not familiar with the island, we decided to do the latter.

Here are some recommended places to visit on Jeju Island. First is the designated UNESCO World Heritage site, Seongsan Ilchulbong which is a tuff cone formed by an underwater volcanic eruption 5,000 years ago. It is also known as ‘Sunrise Peak’ as it is said to have the best view of sunrise on the island, at 182m above sea level. We had the option of climbing up to the peak or explore the lower part of Sunrise Peak. We headed to the lower part of Sunrise Peak where Jeju’s famous women sea divers or Haenyeo, can be seen doing their daily dive or selling their fresh catch. It was quite a sight to see these middle-aged women (also known as ahjummas2) go deep diving into the sea without any breathing equipment to catch abalone and conchs. Next is Woljeongri Beach, one of Jeju’s pristine beaches, well-known for its white sandy beach and emerald-coloured water. A stretch of cozy and beautiful cafes line the street near the beach, making it a perfect place to hang out while enjoying the picturesque scenery. Lastly, a trip to Jeju would not be complete without seeing its most iconic landmark and South Korea’s highest mountain, Mount Halla (Hallasan).

Apart from its natural wonders, Jeju is also famous for its seafood. One particular dish that stood out – Jeju’s spicy mackerel stew. It is a popular dish among Singaporean and Malaysian tourists because of its similarities to our asam pedas, in terms of spiciness and colour.

SINGAPOREAN IN SEOUL
Since we were familiar with Seoul, we had a free and easy itinerary. Taking the Seoul metropolitan subway is the best way to explore the city and blend in with the locals. Not only is the subway extremely convenient, it is also the cheapest mode of transport. You only need to be physically prepared as there will be a lot of walking when you transfer from one subway line to the other to get to your destination. I easily accumulated 10,000-15,000 steps each day on my fitness tracker. It was not only a good workout but also a good way to earn myself Healthpoints (via the Healthy 365 app by the Health Promotion Board).

Like any Singaporean, we love food. After eating seafood and vegetarian dishes in Jeju, we were eager to try out other authentic Korean dishes like samgyetang (ginseng chicken soup), bulgogi (Korean BBQ beef), dalktoritang (braised chicken stew) and Korean fried chicken. My cravings from watching all the Korean mukbangs online were truly satisfied in Seoul. You can find halal eateries along the Muslim street in Itaewon as well as at the popular shopping district of Myeongdong. If you are not into Korean cuisine, there are a variety of other cuisines ranging from Middle Eastern, Indian and Malaysian that you can choose from.

Seoul is a shopping paradise for ‘Made in Korea’ products, from its well-known cosmetics and skincare brands, to clothing, accessories and even their food products. Apart from Myeongdong, our other favourite shopping places are the university districts such as Ehwa Womans University and Hongdae (Hongshik University Street). They are popular haunts for college students, hence fashionable goods such as clothing and bags can be bought at a bargain price as low as KRW10,000 (approximately SGD 12).

A MUSLIM-FRIENDLY DESTINATION
According to South Korea’s government data3, there is an increase in the number of Muslim tourists from 870,000 in 2017 to 970,000 in 2018. This is largely due to the popularity of Korean dramas and K-pop music, which led to an increase in the demand for Korean food and interest in experiencing the culture. The government and Korean Tourism Organisation (KTO) have also introduced initiatives to make the country more Muslim-friendly in order to attract Muslim tourists especially from the South East Asian and Middle Eastern countries.

In Seoul, there are more food options and prayer rooms easily available today, compared to my last visit six years ago. You can find prayer rooms located at the airport, shopping and entertainment places such as the COEX Mall and Everland theme park. Even a non-Muslim restaurant like the one we patronised in Jeju, allowed us to perform our prayers at a corner of the restaurant. These are positive initiatives by a non-Islamic country like South Korea towards being a Muslim-friendly destination.

RETURN OF THE WANDERLUST
To me, my second time (in South Korea) was a charm. Enchanted by Jeju’s natural wonders and Seoul’s modern yet traditional way of life, it made me realise that the country is not just about K-pop, Korean dramas and beauty products. There is more to explore and I can’t wait to return in a year or two.

Travelling independently is not only about discovering new places, but also a time for self-discovery. The challenges encountered during the trip only made me stronger as a person and the experience of exploring unfamiliar places is priceless. As quoted by Marcel Proust, “The real voyage of discovery consists not of seeking new landscapes, but in having new eyes.”

1 The Straits Times. More flights between Singapore and South Korea among moves announced during PM Lee’s visit to Seoul (November 23, 2019). Available at: https://www.straitstimes.com/politics/more-flights-between-singapore-and-south-korea-among-moves-announced-during-pm-lees-visit.
2 Ahjumma is a Korean word generally used to refer to women who are middle-aged or older, and working-class.
3 Yonhap News Agency. Over 1 million Muslim tourists to visit S. Korea this year (2019, September 15). Available at: https://en.yna.co.kr/view/aen20190915000700320

Nur Diyana Jalil is currently an Executive at the Centre for Research on Islamic and Malay Affairs (RIMA) who manages its social media, events and publication. She loves to read, travel, watch Korean variety shows (as a stress reliever) and admires Blackpink for their ‘girl power’ attitude.