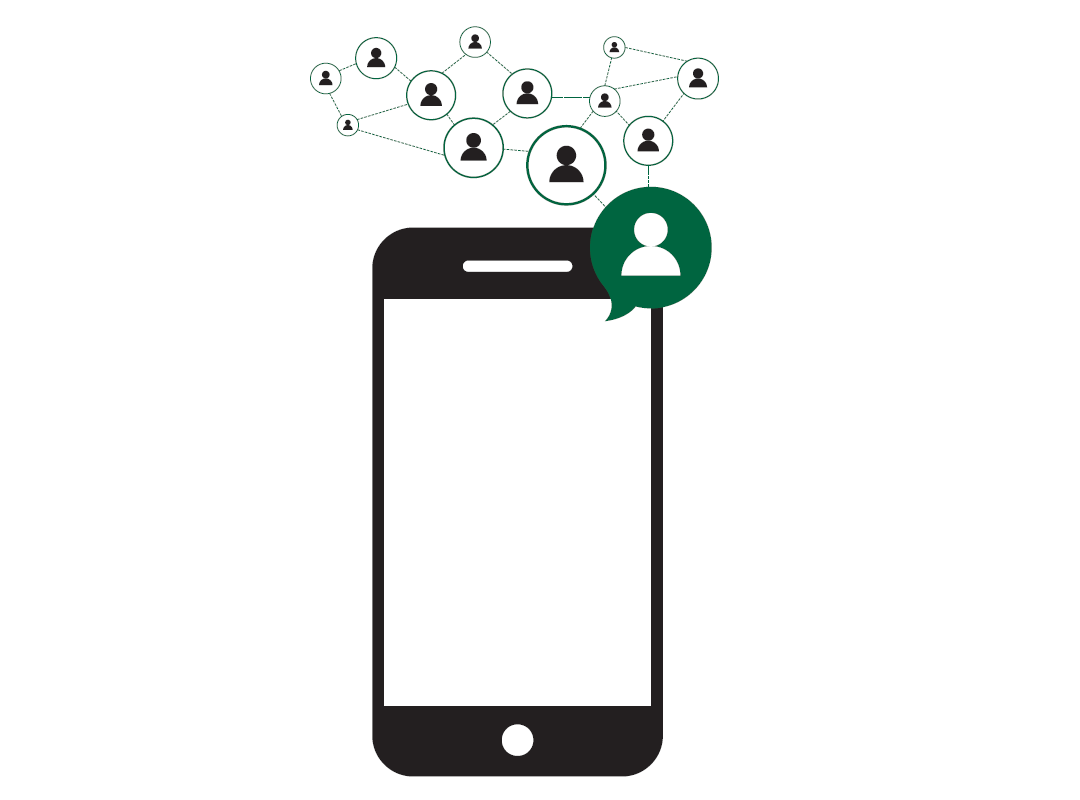 We are currently living in the information age where the use of the internet and social media are at the forefront. Social media greatly contributes to the digital life and influences digital communication, due to its capabilities to remove human barriers in socialising and expand beyond the limits of time and space. Essentially, it is ingrained in our lives and has changed the way we live; from the way we work and learn to the way we interact and play. A report published by We Are Social and Hootsuite in 2021 revealed that connected tech became an even more essential part of people’s lives over the past year. It mentioned that there was a total of 4.2 billion active social media users in 2021, accounting for 53.6 percent of the global population. This was amplified by the increase in the number of global social media users at 490 million[1]. We could infer then that social media would continue to play a major role in everyone’s lives.

Social media is a powerful tool of communication and a crucial medium of sharing and disseminating information. Due to these factors, we have seen individuals and businesses optimising it for a variety of reasons: to showcase their brand, to increase digital exposure and to expand sales and audience. In recent times, religious teachers globally and locally have also jumped on the bandwagon and utilised social media to preach and teach religious knowledge; fundamentally to spread dakwah (an invite or call to embrace Islam). Some notable examples in the global arena include Nouman Ali Khan of Bayyinah Institute and Omar Suleiman of Yaqeen Institute. Closer to our shores, we have Ustaz Zahid Zin and Ustaz Mizi Wahid, among others. Which then begets the question, is social media an appropriate platform to spread dakwah? Does it have a role in disseminating dakwah?

Before we delve into these questions, let us try to understand the roles of asatizah in Singapore. Asatizah, the plural form of ustaz or ustazah in Arabic, by definition, are Islamic religious preachers. Correspondingly, they are Islamic communicators whose role is to spread the message of Islam, educate the community and call them to the religion. These are all aligned with the term dakwah, which generally means to call and invite. Subsequently, in choosing the mode of communication, one has to depend on the particular medium during that particular time. If we look in the past, prominent asatizah such as Ustaz Syed Abdillah al-Jufri and Ustaz Ahmad Sonhadji used to contribute to the spreading of the religion by propagating in traditional and mass media, authoring books and literature. With the progress of technology and the emergence of new media, present-day asatizah would need to be more creative and flexible in engaging the community by integrating dakwah with social media and making use of these tools and platforms. Consequently, questions arose on whether faith and tech could really complement each other.

Certainly, that is possible, and with many advantages as well. Firstly, social media helps with greater outreach and effective communication. It is considered the fastest medium to spread the messages due to its power to reach the mass audience. Asatizah could have the best content, eloquence and proficiency in the languages, but if the messages do not reach out to the masses, then their efforts and talents would all be for naught. If social media and networking are employed, not only could they build up their name, they could also tap on the different segments of the community as well as the different age groups. They could build an understanding of the characteristics of media users and their interests, which would ultimately benefit them and the community at large.

Furthermore, the usage of social media is not limited to individuals, but extends to religious organisations as well. This is especially important if organisations such as mosques and Islamic education providers want to reach out and garner the support of the wider community beyond the frequent-goers. This proved even more critical during the COVID-19 pandemic, particularly during the Circuit Breaker period, where, due to the lockdown, mosques and other religious organisations had to go beyond the traditional approaches of physical assemblies, services, and classes by opting for digital means and utilising social media. As a result, they were able to overcome the limitations in providing essential services and religious classes.

Secondly, social media helps with establishing connections and relationships. Asatizah who could empathise and whose content resonates with the masses would be able to build trust and support. This would all contribute to the development and upliftment of the community. Besides that, people are appreciative if they have someone they could immediately refer to for concerns or problems without facing any judgments, which enhances the importance of having asatizah in the digital sphere. As a case in point, Ustazah Liyana Musfirah is considered to be one of the pioneer asatizah to be active in the digital space. Due to her refreshingly personal takes on Islamic teachings, she strikes a chord with many of her followers on social media who often feel like they can relate with her. Thereafter, she started the Liyana Musfirah Network in 2017 to connect physically and virtually with people and help them go through challenging moments.

Lastly, social media can help in safeguarding the community from radical ideologies. In this day and time, people, especially the young, are susceptible and exposed to online extremist and exclusivist beliefs and ideologies. To deter them from searching the internet for religious matters in a haphazard and unguided way, asatizah would need to be up to speed in digital media and have a strong presence online. One good example is the Asatizah Youth Network (AYN), a group of Singapore millennial asatizah that aims to engage and connect with the Muslim community. They are trained to tackle a wide range of topics, from inculcating information literacy online and showing kindness to others, to celebrating diversity and advocating for peaceful co-existence. All in all, they provide a trusted and dependable first line to guide those seeking answers. Hence, we can see the significance of having asatizah in the digital world and populating social media with socio-religious content that is appropriate to Singapore, to negate the dangerous content which could mislead the community.

With that being said, there are several caveats that should be highlighted. With the high standing and stature of asatizah in the community, especially in the virtual space, they should never use social media to spread immorality, misinformation, and confusion. They would also need to be accountable and ensure that the knowledge and information they share are reliable and credible. Finally, as much as possible, they would need to maintain their image and piety, and abide by the Islamic ethics and values.

In conclusion, communications in present times are not only limited to face-to-face interactions, but also established in the virtual space of engagements through social media platforms. Hence, for religious individuals and organisations to communicate efficiently and effectively to the community, it is best to avail themselves of social media for their dakwah missions. ⬛

Muhammad Zulkarnain Azman is passionate about giving back to society. He aspires to empower the Malay-Muslim community and play a role in national-building. His subjects of interest are on politics and socio-religious developments. Currently, he oversees the education programmes for adults in mosques.