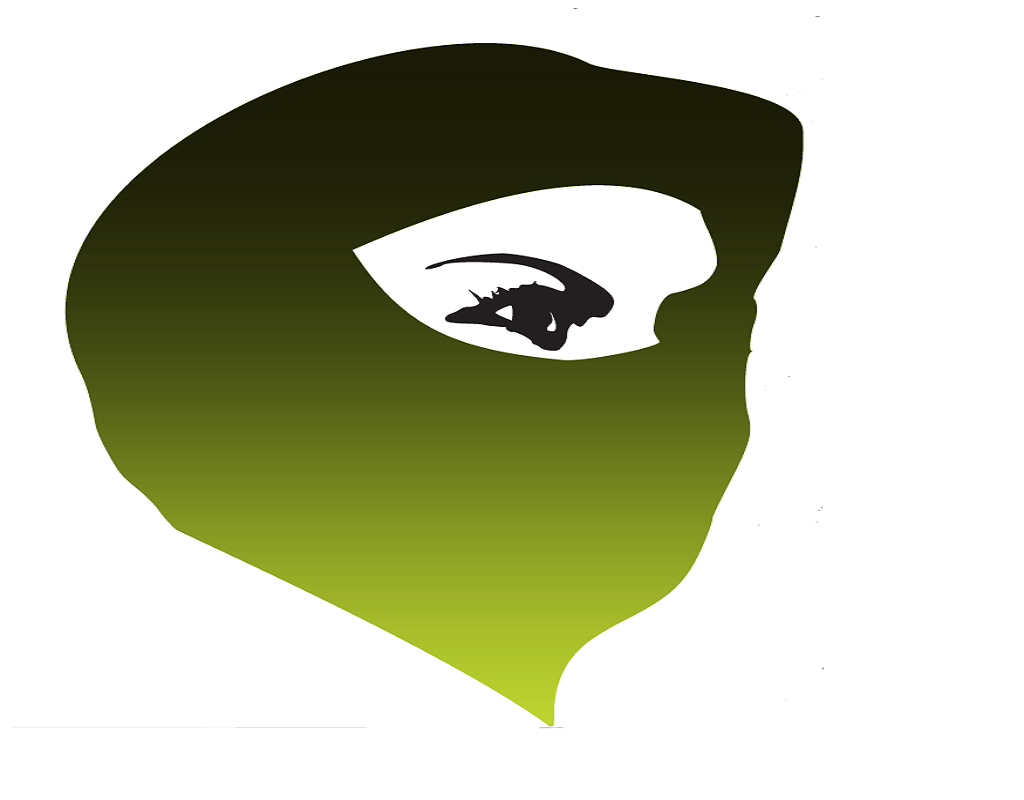 There has been a concern about a “fundamental transformation” taking place within Muslim communities all over the world. In a 2016 The Straits Times article1, Prof Ghoshal stated that such “Muslim identity” is formed based on a worldview taken from early Quranic precepts, which resulted in the external manifestations of piety that resemble the way of life in the medieval Arab world during the formative stage of Islam.

This discourse has taken hold in Singapore with calls from government officials and academic scholars calling for Singaporean Muslims to embrace the local Malay culture as it provides fortification against the threat of incoming doctrines, which may not be suitable to Singapore’s multi-racial society.

WHAT IS ‘ARABISATION’?
‘Arabisation’ refers to the shift in everyday Muslim practices that involved religious identity markers and external manifestations of piety2. This shift is most apparent among the Muslim middle-class and can be observed from their clothing, language and practices.

Some observers comment on the increase in the donning of thobes (jubah or abaya) by Muslim men and women, and the face veil (niqab) at the expense of Malay traditional clothing like the baju melayu or baju kurung. In the adoption of the Arabic vernacular, it is said that more are using Arabic terms to replace Malay words, such as in greeting “Eid Mubarak” instead of “Selamat Hari Raya”, saying “shukran” instead of “terima kasih”, and “hijab” instead of “tudung”. Practices such as not shaking hands with the opposite gender, not exchanging festive greetings like “Merry Christmas” or “Happy Deepavali” with the non-Muslims during their festivals, and not shaving beards when serving the National Service, are deemed as exclusivist.

Behind these manifestations, Arabisation has been associated with an exclusivist worldview. This worldview espouses that there cannot be a meeting ground between Islam and other religions. Prof Ghoshal3 and Dr Noorshahril4 point out the dispositions of such worldview in the likes of the more conservative nature of male-female roles and relationships, the more overt concern about Muslim dietary requirements, and a decline in inter-religious socialising. In addition, the adaptation of other customs, traditions and cultures is claimed to have only led to aberration and corruption of original and pristine ideas of Islam – essentially, an exclusivist world view. Prof Ghoshal calls this literalist and puritanical approach to Islam “jihadi Islamism”, though other contemporaries such as Kepel5 have labelled it as “Salafism”6.

THE PROBLEM WITH ‘ARABISATION’: AN ORIENTALIST NARRATIVE
When we use the discourse of Arabisation to understand the Singapore Muslim community, we are inevitably doing it through an Orientalist lens. In defining tendencies that are ‘Arab’ or ‘foreign’ to Singapore society, there is a clear process of othering the Arabs or what is perceived to be Arabic. Various Arabic cultures are subsumed under the label ‘Arab’, whereas in reality, the Middle East is an ethnically diverse and heterogeneous society with various strands of religious thought.

The generalisation of Arab culture to a set of phrases, clothing and worldviews in the current discourse of Arabisation is consistent with Edward Said’s comment on Orientalism7. Orientalism refers to the general colonial, Western attitude towards the Orient – Middle Eastern, Asian and African societies. Said writes that Orientalism is a way of seeing that essentialises these societies as static and underdeveloped, thereby creating a view of the Oriental culture as exotic, foreign, backward, uncivilised, and at times, dangerous.

There is an extent of internalised Orientalism in our understanding of Arabisation – a partial othering in reducing ‘Arab’ to a vague category that carries some connotations of its language, outward appearance, culture and ideological streams to the radical or Wahhabi interpretations of Islam.

In the same lens, the Malay/Muslim community is given a fixed image of what it looks like and is posited as a passive ‘receiver’ society that is easily influenced by the Middle East.

Arabisation also creates an oft-used simplistic and essentialist dichotomy: the descriptions of Arab-Islam as foreign, pure, orthodox and scriptualist; and a Malay-Islam as local or regional, heterodox, moderate and tolerant. The discourse on Arabisation points to the supposed tension between a conservatism that is often associated with imported Arab lifestyles, which are perceived to conflict with local religious practices.

COUNTER-PRODUCTIVE TO TALK ABOUT ‘ARABISATION’
Leading scholar on Islamophobia, Prof Khaled Beydoun argues that this binary of which Islam is ‘acceptable’ and which isn’t is a result of counter-radicalisation programmes that in reality, do not seek to dismantle the binary but reinforces it8.

The discourse of Arabisation argues that Arabisation is acceptable, unless it leads to exclusivism9, which is dangerous to the racial and religious harmony in Singapore. This discourse reflects a well-known and widely contested theory of radicalisation: the ‘conveyor belt’ theory, where if one is ‘Arabised’, he or she can fall into exclusivism, and later on, radicalisation and violence10.

Prof Olivier Roy, a respected scholar who wrote on Political Islam, has argued that “the process of violent radicalisation has little to do with religious practice, while radical theology, as Salafism, does not necessarily lead to violence” 11. The “leap to violence” is not religiously inspired but better seen as sharing factors with other forms of dissent.

With the focus of Arabisation or exclusivism in countering terrorism and radicalisation, we reduce the importance of fundamental factors that cause the perpetuation of violent Islamic extremism: the deep problems of authoritarianism in the Middle East, governance, corruption, population pressure, economic development in largely Muslim states — as well as by the sectarian, ethnic, and tribal divisions, US imperialism, arms trade, international relations and many other political factors.

Instead of the focus on exclusivism, it begs the question on whether Singapore (and other world governments) is playing an active role in addressing the political roots of violence justified with Islamic rhetoric.

SO HOW TO DEAL WITH EXCLUSIVISM?
While I disagree with the concept of Arabisation to describe exclusivism, I do not deny that there has been growing religiosity (globally, not only in the Muslim community) in the Singapore Muslim community. This growing Islamic consciousness has been expressed in a multitude of ways, bearing multiple manifestations.

A small segment of the community has adopted a stricter interpretation of Islam that gives rise to an exclusive culture in multicultural Singapore.

Despite this, it should be stressed that an exclusivist attitude towards religion transcends orientations within Islam; and not a trait of a certain orientation within Islam. Therefore, there should be a differentiation between determining conservative practices and exclusivism. Singaporean Muslim women who decide to wear the niqab out of reasons of piety are still highly involved and productive in our society of multi-faith and co-gender work spaces. Muslim men who decide not to shake hands with the opposite gender are still interacting respectfully with the opposite genders and people of other faiths. When someone decides to wear the jubah instead of baju melayu, it does not necessarily mean that there is more authenticity given to conservative practices – it could be due to convenience, price, comfort, style or preference. There has to be an understanding that conservative practices do not necessarily mean a rejection of local culture or national values.

Here, defining exclusivism is pertinent. Exclusivism is a narrow mindset, attitude and approach to religion (not orientation), where one asserts that their understanding is the most authentic, the ‘most right’ Islam, and this is usually legitimised by claims of returning to the sources of Islam – the Quran and Sunnah (the way of the Prophet Muhammad pbuh). This narrow mindset and approach leads to divisive practices – the demonising or damnation of others who refuse to follow suit.

Only when we look away from Arabisation, can we then productively combat exclusivism. Contrary to exclusivism, Islam is a religion that bases itself on the principle of wassatiyyah, which translates to rightly balanced in terms of lifestyle and practices (Quran 2:143). This means that Muslims are to avoid the two extremes: the extreme of negligence or laxity (tafrit), and the extreme of exaggeration or excessiveness (ifrat). Muslims can hold fast to their religious traditions and principles while contributing beneficially and productively to the societies they live in.

Exclusive orientations can and should be combated through increased education of the Muslim community by efforts within the Muslim community on how to deal and think about inter-religious and intra-religious differences. Mainstream orientations of Islam based on the Quran and the teachings of the Prophet Muhammad are often humanist in spirit and emphasise the virtue of good character, on how one honours and respects all creations of God – people of different faiths, gender, social class, races, nationalities; animals, and just as important, the world we live in – despite not being able to understand or agree with their beliefs and practices.

In essence, there should be a focus on religious education that empowers Muslims to be self-reflexive in interacting with their faith and interpretations of it. Muslims today should be equipped with the skills and tools to adopt scholarly opinions which are consistent with the overall message and principles of the Quran – of justice and mercy. ⬛

Muneerah Ab Razak is a Research Associate at the Middle East Institute, National University of Singapore. Her research interests lie in themes surrounding religion and politics and comparative political thought.