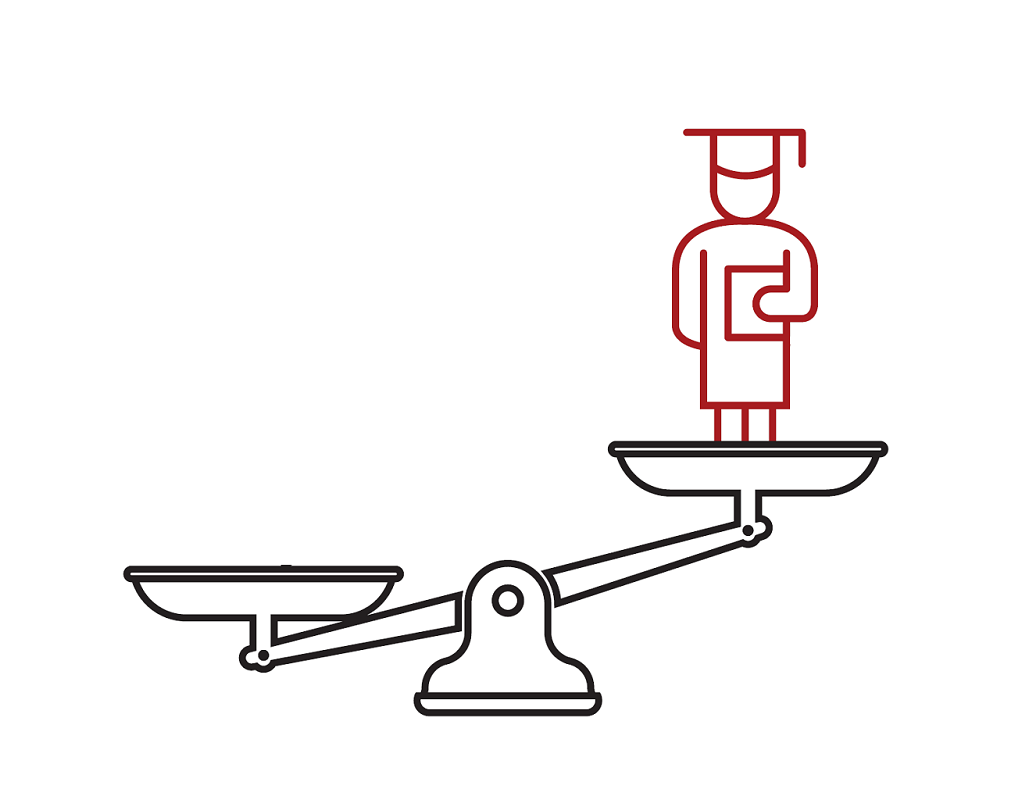 The Report on the Ministry of Education 1978 or the Goh report, endorsed by parliament on 30 March 1979, was the first to propose an explicit form of ability-based streaming. It is underpinned by the ‘fundamental belief’ that ability grouping is responsive to learners’ diverse capacities and would better fulfil their ‘inherent potential’ (Ng, 2008, n.p.). The education system externalises at the level of this belief. That is, this central belief system creates the conditions of life, to which we structure our lives around.

IS THE PROBLEM OF INEQUALITY IN POLICY?
Recently published in the Journal of Language and Politics, the article, “Creating the conditions for human division and structural inequality: The foundation of Singapore’s education policy” proposes a philosophical and analytical synthesis for identifying the conditions that were created through the 1979 policy report to legitimise Singapore’s streaming education system. The aim here is to make transparent these conditions through systematically exposing the underpinning assumptions upon which the streaming system is built on using Critical Discourse Analysis. As the legitimation of structural reforms is contingent on the assumptions that are operating, making explicit the hidden assumptions embedded in policy proposals and propositions is a necessary, critical step needed to tackle structural inequality. The legitimacy of these assumptions has to be demonstrated by those who made the claims, failing which the structural reforms that were built upon these assumptions should be dismantled (cf. Chomsky, 2013, p. 110).

MAKING TRANSPARENT THE IMPLICIT ASSUMPTIONS EMBEDDED IN THE 1979 MOE REPORT
The following analysis of an extract from the 1979 Ministry of Education (MOE) report focuses on how a certain segment of the student population, constructed as ‘failures’ are associated with the inability to perform within the prescribed educational system.

Educationists and others who oppose streaming of children according to their ability to absorb instruction often forget that the final result could be even more cruel to the children who do not make the grade and suffer repeated failures. The end product would have lost self-confidence, self-esteem and developed a host of character defects produced by feelings of inadequacy. It is far better that these children leave school literate in one language. Since they are not exposed to competition from brighter children in classes, there is less danger of loss of self-esteem. (MOE, 1979, p.1–4)

In the extract, students “who do not make the grade”, are repeatedly associated with an inability to perform within the prescribed educational system with the words “do not make the grade” and “suffer repeated failures”. Further, when they are “exposed to competition from brighter children”, they suffer from a loss of “self-confidence, self-esteem” and develop “a host of character defects produced by “feelings of inadequacy”.

The overall effect is one that constitutes the primary categorisation of these students as possessing all these undesirable traits. Through this discursive strategy, policy-makers are not just giving their views about “children who do not make the grade” they are formulating and constructing the very nature of these children through personalisation. By properly classifying the child, they can then be referred to the ‘appropriate’ stream, which allows for specialised treatment to avoid “feelings of inadequacy”.

The concept of streaming in the ensuing discourse introduces a ‘mild’ form of justified exclusion by pointing to the necessity for differentiated instruction. This necessity is formulated through claims of deficiency. The claim, “Since they are not exposed to competition from brighter children in classes, there is less danger of loss of self-esteem”, reduces complex social and educational inequalities to a lack of innate learning capacity and poor sense of self. That is, the ‘deficiencies’ of these children would be accentuated should they be educated alongside the brighter children. It is assumed that since they are susceptible to failure when exposed to successful children, it falls to the policymakers to intervene on their behalf for their own realistic educational horizons and personal psychological health.

Despite in some sense appearing to reinstate a concern for the learner, the failure of the individual, and not the operationalisation of the system, is constructed as the crux of the problem. Fundamentally, that these assertions or causal link of factors to performance of ‘slow learners’ are assumed rather than supported by empirical evidence makes the education system vulnerable to arbitrary rule.

All Secondary 1 students in the 2024 batch will take subjects at three levels – G1, G2 or G3, with G standing for “General”. G1 will roughly correspond to today’s N(T) standard, G2 to N(A) standard and G3 to Express standard… MOE will develop new admission criteria for students going to junior college, polytechnic, and ITE. These will take effect in 2028 (Davie, 2019, n.p).

However, how subject-based banding comprising a tripartite system of G1, G2 or G3, is a different system from the current institutionalised form of streaming remains to be seen, as it may still be underpinned by the ‘fundamental belief that students had varying learning ability, and would therefore be better off being grouped together to learn at their appropriate pace’ (Ng, 2008, n.p). If this is the case, subject-based banding can be conceived as a superficial change of streaming. It is not a radical replacement, but merely a modified continuity of what has been, as students are still fundamentally grouped according to their ‘learning ability’. Why this form of grouping is adopted, however, is not made clear. The burden of proof in choosing this approach rests with those who propose the idea (cf. Watts, 1951, p.18). Have we taken for granted the assumption or perhaps, and more importantly, how have we been conditioned to accept that we should adapt our curriculum according to seemingly self-evident notions about the ‘learning ability’ of our students—a judgement made based on the students’ standardised test scores or performance? Under what conditions was this value judgement devised?

THE NEED TO OVERCOME THE CONDITIONING OF BELIEF
There is a need to examine the implicit assumptions underpinning policy discourse if we are to overcome the conditioning of the ‘fundamental belief that students had varying learning ability, and would therefore be better off being grouped together to learn at their appropriate pace’ (Ng, 2008, n.p). Is this assessment of how students learn the way things really are, that we should continue to act on the basis of this assessment which was from the past? Asking fundamental questions that problematise or challenge this often taken-for-granted or “naturalised” idea are thus crucial in disrupting its continuum. If we seek to advance right away a new profile or formula of the future of the education system without thoroughly examining all assumptions underpinning historical policy discourse, we run the risk of letting them be reproduced and sustained in subsequent policies. Isn’t there a risk that we may be led into error?

Currently, the assumptions behind the 1979 MOE report need examining as the assertions or causal link of factors linked to students’ performance are mostly assumed rather than supported by empirical evidence. For instance, the analysis of the 1979 MOE report revealed the way a deficit view of students as failures was constructed and where the segregation from other children is framed as necessary to avoid exposing them to “competition from brighter children”. But to assume that there is “less danger of loss of self-esteem” since they are not “exposed to competition from brighter children” needs to be examined. Important questions regarding the assumption on which streaming is said to be based is that “slow learners” develop more positive attitudes about themselves when they do not have to face daily a classroom populated by those who are judged to be brighter must be raised (cf. Oakes, 2005, p. 196). Whether this pessimism is justified remains to be seen.

The crucial criteria underlying the judgments about students’ educability are still unexplored, and this is disconcerting given that Oakes (2005, p. 191) argues that ‘tracking does not appear to be related to either increasing academic achievement or promoting positive attitudes and behaviours. Poor and minority students seem to have suffered most from tracking – and these are the very students on whom so many educational hopes are pinned’. The decision made in the 1979 MOE report that reduced academic is appropriate for students deemed ‘less academically inclined’1 may not be a result of critical and compassionate inquiry, but rather would most often result from unquestioned responses (cf. Oakes, 2005, p. 193). In this light, this article is best approached with a willingness to examine the soundness of our world views of how we educate our children, including those we hold most dear. And much may be at stake. But herein also lies an opportunity to promote broad-ranging research into the “Singapore model” and become pioneers for addressing challenges associated with inequality pertinent for similar economies. ⬛

1 This term was used by Minister for Education, Ong Ye Kung at the Schools Work Plan Seminar on 28 September 2018 in relation to the current school curriculum which‘caters to students of different learning paces and learning needs’ (Ong, 2018, n.p).

Dr Nadira Talib focuses on developing a method of synthesising philosophical deliberations with discourse analysis in analysing social policies to be able to have some understanding of the conditions that govern our existence. In questioning the systems that separate and divide human beings from one another, her work centres on examining how adhering to the perceived demands of surrealistic political economies are imbricated within the relations of morality and ethics.