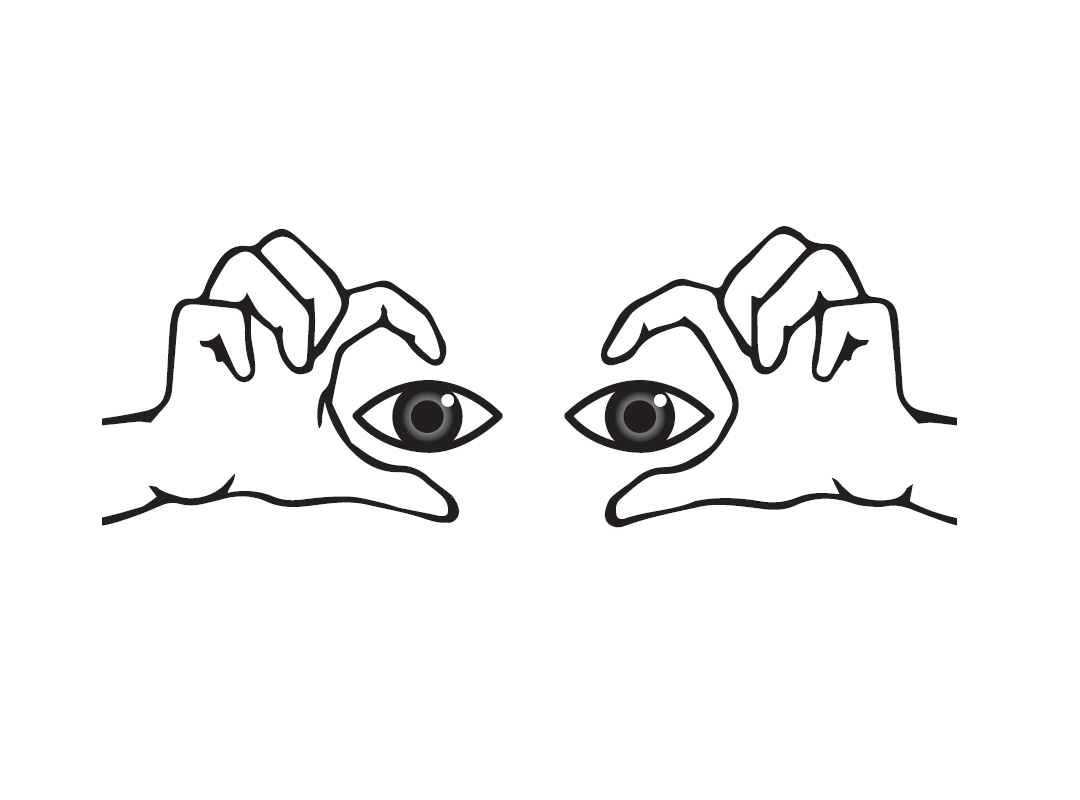 WHAT DOES IT MEAN TO BE ‘WOKE’, ANYWAY?
Before 2014, the call to ‘stay woke’ was, for many people, unheard of. Within the Black communities, however, it had been around for a while – commonly referring to the notion of staying alert to the deceptions of other people as a basic survival tactic. In 2014, following the police killing of Michael Brown in Ferguson, Missouri, ‘stay woke’ symbolically came to be the cautionary watchword of Black Lives Matter activists on the streets as they urged one another to ‘stay woke’ against police brutality and unjust police tactics[1]. Today, it has since evolved beyond this specific context within which it originated from, to generally mean being “well-informed or alert to racial or social discrimination and injustice”[2]. Given that racial and social injustices of various forms are still prevalent across many societies today, it seems like being ‘woke’ to such issues is a very good thing. After all, how can we expect to address such problems if we are not aware of them to begin with?

Movements like Black Lives Matter, at its core, are about dismantling systems of oppression that have long been ignored or worse, maintained by those with power. Being ‘woke’, therefore, seems necessary; we need to wake up. Firstly, to the fact that not everyone is treated equally in society – directly impacting their very real, lived everyday experiences. While awareness is necessary, it alone is insufficient in doing anything. Secondly, and more significantly, with this awareness, it is imperative that we commit towards dismantling such systems of oppression through real, concrete action. In this way, ‘wokeness’ is in direct contrast to ignorance, a trait which, if you ask me, conveniently maintains the status quo through taken-for-granted notions of the way things have always been, and therefore ought to be.

PERFORMATIVITY OF ‘WOKENESS’
In today’s age of constant social media connection and instant gratification, what we post on social media matters to many of us. Certainly, social media can be a powerful tool of raising awareness, solidarity formation and galvanising people to action. However, it has also undeniably impacted how ‘woke’ culture has come to be today. According to the Oxford English Dictionary, performative ‘wokeness’ or virtue signalling, as it is also commonly known, refers to “the act of expressing your opinions about social or political issues in public in order to show other people that you are a good person”[3]. In other words, it allows people to appear ‘woke’ or politically correct without actually engaging in any critical discourse about the subject. The performativity of ‘wokeness’ on social media comprises two aspects: posting about social issues online, and then expectantly waiting for the affirmation from others to pour in. Actual sustained activism and political work apparently seem to take too long and is too much work!

For example, in the days following George Floyd’s murder, my Instagram feed was flooded with posts supporting Black Lives Matter, with Singaporeans of all walks of life – from local celebrities to activists to even my least ‘woke’ friends – publicly announcing their solidarity with the Blacks in America, promising to educate themselves on slavery and oppression while also doing better in fighting racism. In the beginning, these posts seemed almost promising, especially since Singaporeans have long been described as being politically apathetic and not keen on activism[4]. As someone from the minority race myself, it was refreshing to see those of the majority race joining in the conversation as well, for it is not an uncommon experience for us to have had our experiences played down previously when we tried to articulate our own lived experiences with racism here.

However, I might have been too optimistic. It was unsettling to see that some of these posts of ‘solidarity’ and ‘action’ were immediately followed with posts of their summer fun after, as if posting about the movement once or twice was sufficient – they had ‘done their part’. Some also rightfully pointed out that ironically, some of these very people posting about the US-based racism had themselves made racist remarks previously, highlighting the performativity of these individuals’ actions as well. I, myself, saw some acquaintances post about the movement who themselves still used the n-word, a racial slur, in their everyday life. Worse, weeks, and months later, when the dust started to settle, all traces of the movement and its conversations almost completely disappeared from my feed. Later on, when other local racist incidents emerged, it seemed that even fewer people were speaking out about them. As a whole, it seemed like a lot of Singaporeans conveniently jumped onto the ‘woke’ bandwagon for those fleeting moments before going back to their ‘normal’ lives. Of course, this sort of performative ‘wokeness’ highlights one’s privilege, whereby the more privileged individuals are able to hop on and off the ‘woke’ bandwagon when it is beneficial for them to do so, while people of colour do not have a choice.

At the same time, it is also incredibly easy to post about something on one’s social media, but it is a different story to put in the actual work. Proper activism is not just posting about it on our social media accounts for a few days or even weeks. That is, for a lack of a better word, convenient. Such ‘wokeness’ (if we can even call it that) is dangerous because it is a mere facade behind which one can do the bare minimum while appearing like they’re doing so much more. It’s about making one feel better about themselves without having to actually do anything. As critically, yet eloquently put by Leah Finnegan, such performative actions simply “serve to comfort those already in positions of power while further othering the people they are purporting to help”[5]. To engage in such performativity, therefore, not only involves a certain level of artificiality of empathy but is incredibly temporary too since it does not precede concrete political action of any sorts. Contrastingly, real, authentic activism is a sustained process[6]. It’s about constantly challenging one’s taken-for-granted notions, actively learning and unlearning them, confronting one’s sense of privilege and unequal power dynamics, and contributing resources like time and money. As racism is systemically ingrained within our society, and perpetuated by lay Singaporeans themselves, it is imperative that we remain committed if we strive to dismantle it.

THE ACT OF ‘CANCELLING’ SOMEBODY
It is also crucial to mention the toxicity associated with ‘wokeness’ as well. To call oneself, or another ‘woke’ is to imply that one is better than others; almost putting one on a pedestal, while judging others to be deluded or wrong. Such forms of labelling, however, perhaps unintentionally, creates an us-versus-them mentality, where those who are supposedly ‘woke’ call out, or cancel those they perceive not to be as such (or ‘woke’ enough)[7]. ‘Cancelling’ happens when those who are supposedly ‘woke’ shame and criticise another who says or does something that they object to. Usually done on social media, the latter’s reputation is sometimes ruined, with the individual sometimes struggling to recover from being ‘cancelled’[8]. While holding people accountable for their actions is very much necessary, when people are immediately labelled as such without room for productive conversations to occur, it harms more than helps. This is especially harmful since actual, systemic change requires genuine discussion and solidarity. Taken to an extreme, therefore, ‘wokeism’ might be a disservice to society. At the same time, some individuals may not be posting on social media, but may actually be putting in the hard work. To call someone out simply for not posting on social media seems almost hypocritical, especially given how simply posting about it may be a sign of one’s performativity, as described earlier.

LOOKING FORWARD
Nevertheless, despite the current issues associated with being ‘woke’, being vigilant of injustices like racism is something we should always strive towards. Prejudice and inequality against certain groups of individuals are still existent in our society, and need to be addressed. That in itself is sufficient reason to strive towards being ‘woke’. Rather than denouncing the ‘woke’ culture completely, we need to be mindful about the ways in which we utilise it. Sustained involvement should be at the forefront, and the best way to do so is to continuously engage in critical conversations about racial inequality, regardless of how uncomfortable they might be. The burden of explaining often lies on the shoulders of the minority races, but that should not be the case. There are numerous educational resources, books, shows and films out there that we can turn to, to unlearn racism and our biases whilst re-learning anti-racist behaviour, and the easy access to such tools spares no room for ignorance. It is important to always check on our sense of privilege and hold ourselves and those around us accountable through our actions. Naturally, many of us might feel entitled to our privilege without realising or wanting to admit it, but that’s where the work begins. Being ‘woke’ is not a badge of honour, nor an end goal. Nobody is perfect, and ‘wokeness’ is not about that either. Rather, it is a means towards a more inclusive end that we should strive towards. ⬛